Tens of thousands of people have joined a demonstration in central Rome organised by a grassroots movement known as "the sardines", launched only a month ago to protest against far-right leader Matteo Salvini. 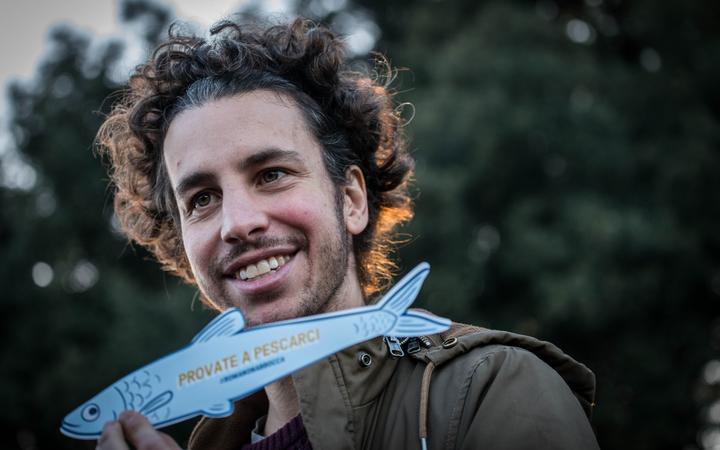 Mattia Santori started the Sardines protest movement which has now spread to other Italian cities including Rome. Photo: AFP

The sardines began in the city of Bologna in November when Mattia Santori, 32, and three friends invited people to protest against Salvini's League, whose popularity is high ahead of an election in the northern Emilia-Romagna region.

Salvini hopes to lead a resurgent right to its first poll victory in the wealthy region on 26 January. He says that if the left loses power there, it should also quit the coalition government in Rome and open the way for a national ballot.

Students, pensioners and families with children filled Rome's Piazza San Giovanni on a sunny afternoon, some holding pictures of sardines on cardboard and chanting a popular resistance song.

"I'm here because I'm against Salvini and I'm against the right and I want to see how many people feel like me," said Flavia Simula, a 68-year old retired biologist. 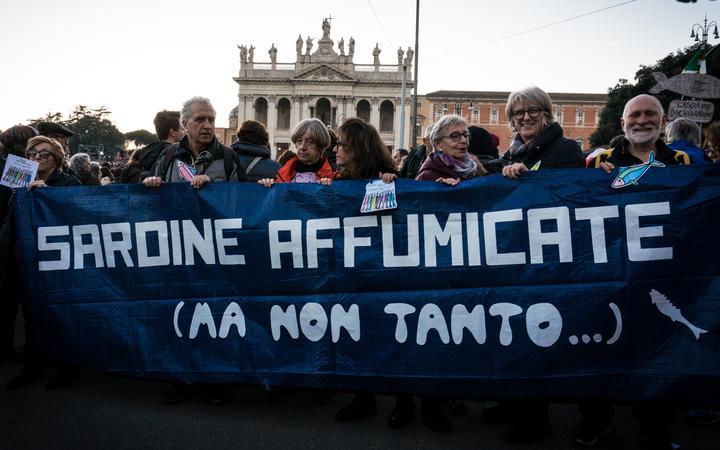 People gather in St John at the Lateran Square in Rome for a demonstration of the Sardines, an Italian grass-roots movement against right-wing populism. Photo: AFP

Since their maiden protest in Bologna gathered an estimated 15,000 people, the popularity of the "sardines" has spread.

They have held bigger rallies in several Italian cities, including Turin and Milan, to denounce Salvini, whose anti-immigrant, Italy-first rhetoric has resonated with many voters.

The demonstration in Rome appeared to be their largest so far, with a policeman at the scene estimating a turnout of 40,000 people. The organisers gave no official figures.

The BBC's Southern Europe correspondent said on Twitter that speakers who addressed the rally called for respect for migrants and core democratic values.

Sardines out in force pic.twitter.com/uWUL0HTRqQ

"Our aim was to fill the square and we managed to do that," Santori said. "The sardines are just people who fill a space with their ideas and who fight an enemy - the simplification of the issues by populists."

Pollsters say the region of Emilia-Romagna, a leftist stronghold, could fall to the League and its rightist allies following successes in other regional votes, most recently in central Umbria.

They say the right is also likely to win any national vote, with the League seen as Italy's most popular party.

"I am here to say I am against fascism, I consider Salvini a fascist," said 18-year old student Luca Baironi.

Salvini has accused the centre-left Democratic Party (PD) of being behind the movement and dismissed the protests, saying he likes kittens because "they eat sardines".

The sardines deny any political affiliation and say they just want to register their opposition to populist forces gaining strength after a decade of economic stagnation. 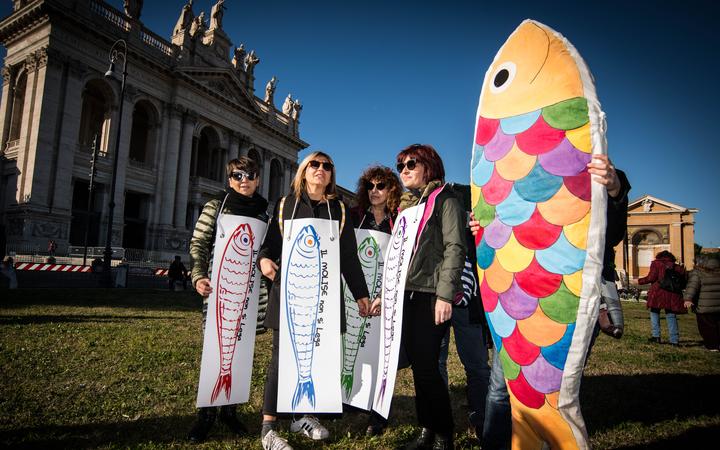 Some of the protesters who took part. Photo: AFP

Santori said on Saturday percent of the group's sympathisers did not want the sardines to become a party. "We don't want to replace political movements," he said.

The ruling 5-Star Movement was born out of a street protest in Bologna in 2007. It triumphed in last year's national election but support has dropped sharply since it forged a government first with the League, then the PD.