Anti-terrorism police in northern Italy have seized an air-to-air missile and other sophisticated weapons during raids on far-right extremist groups. 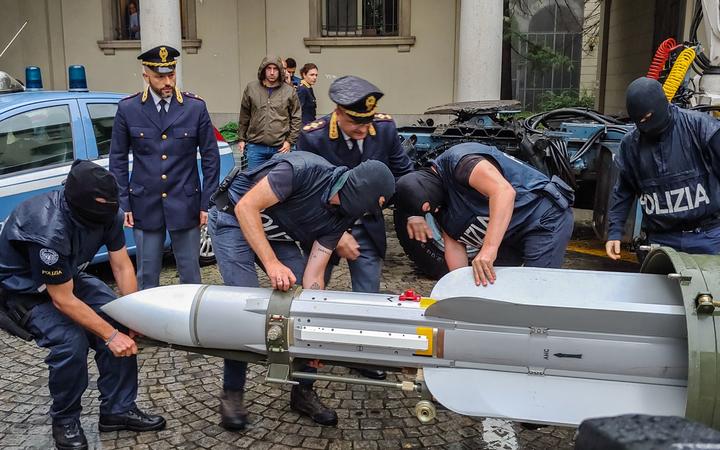 Three people were arrested, two of them near Forli airport. Neo-Nazi propaganda was also seized, in the raids.

The raids were part of an investigation into Italian far-right involvement in the conflict in eastern Ukraine, the Turin police said.

The missile originated from the Qatari armed forces, the police said. 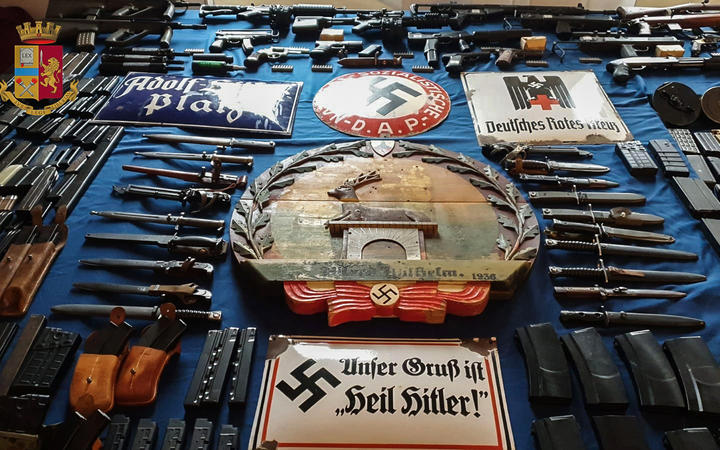 The cache of guns and ammunition seized by police. Photo: AFP / ITALIAN POLICE

Initially, on 15 July, the police said the arrests were part of an investigation, started about a year ago, into far-right groups "who have fought in Ukraine's Donbass region against the separatists".

But the latest police statement did not mention groups fighting the pro-Russian separatists, referring only to an investigation into Italian extremists who had "taken part in the armed conflict in Ukraine's Donbass region". The police did not make it clear which side the Italians were on in this case.

The missile appears to be a French-made Matra Super 530 F.

"During the operation, an air-to-air missile in perfect working order and used by the Qatari army was seized," police said in a statement.

On 3 July a court in Genoa jailed three men who were found guilty of fighting alongside the Russian-backed separatists who control a large swathe of Ukraine's Donetsk and Luhansk regions.

In the Genoa case, two men - Italian Antonio Cataldo and Albanian-born Olsi Krutani - got terms of two years and eight months. The third, Moldovan citizen Vladimir Vrbitchii, got one year and four months.

More than 10,000 people have died in fighting since the heavily-armed separatists launched an insurgency in eastern Ukraine in April 2014. Skirmishes with Ukrainian government troops continue, but the frontline has remained generally static for more than a year.

This story was amended after Italian police dropped a reference to the Italian extremists having fought against the Donbass separatists.