Hollywood star Richard Gere has called upon the Italian government to assist migrants who have been stranded on a Spanish charity boat in the Mediterranean for more than a week. 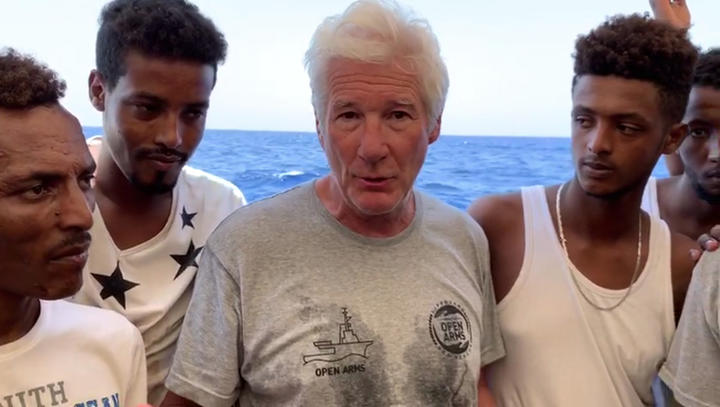 Mr Gere boarded the vessel on Friday, which has been blocked from entering Italian waters.

Mr Gere, who visited the Open Arms ship in a show of support, joined a news conference on the Italian island of Lampedusa, calling for the migrants to be allowed to dock.

He made comparisons between Mr Salvini, who is also interior minister and has made repeated efforts to block migrant ships from docking in Italy, and US President Donald Trump, who has faced widespread criticism for his immigration policies.

"We have our problems with refugees coming from Honduras, Salvador, Nicaragua, Mexico... It's very similar to what you are going through here," he said, accusing politicians in both Italy and the US of demonising migrants.

"This has to stop everywhere on this planet now. And it will stop if we say stop," he added.

"Given this generous millionaire is voicing concern for the fate of the Open Arms migrants, we thank him: he can take back to Hollywood, on his private plane, all the people aboard and support them in his villas. Thank you Richard!" he said in a statement. 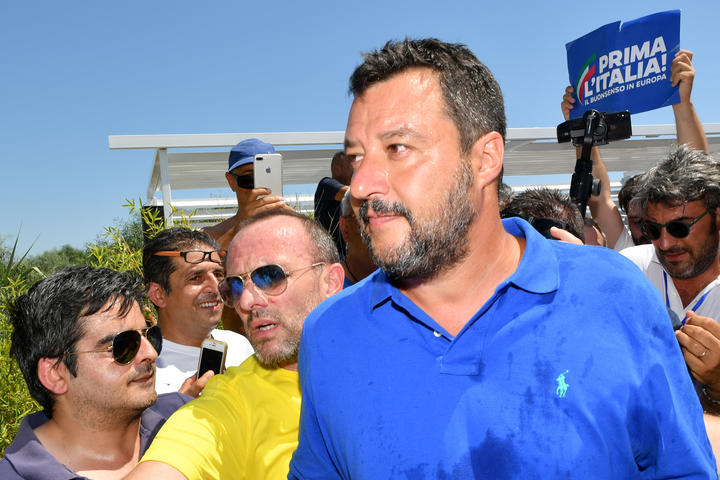 Mr Salvini has pushed through sanctions on NGO boats that aim to bring migrants rescued at sea to Italy.