Letters are being sent to 30,000 households across the UK inviting people to join a citizens' assembly on climate change. 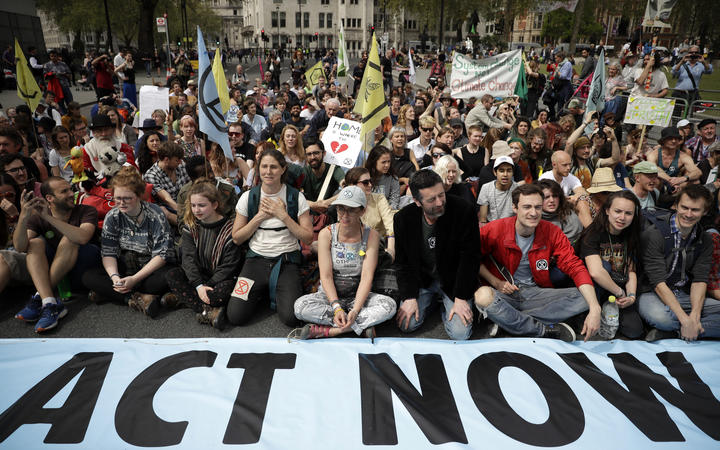 Protesters sit on the road near Parliament Square in London in April. Climate activists are welcoming an initiative for ordinary people to give feedback to the UK government on climate action. Photo: AP /Matt Dunham

Once participants are selected, the assembly will meet next year, with the outcome of their discussions reported back to Parliament.

The initiative, set up by cross party MPs, will look at what members of the public can do to reduce carbon-dioxide.

The UK government has committed to cut carbon emissions to net zero by 2050.

Rachel Reeves, chair of the Business, Energy and Industrial Strategy (BEIS) Committee, one of six select committees who commissioned the climate assembly, said a clear roadmap was needed to achieve this goal.

"Finding solutions which are equitable and have public support will be crucial," she said.

"Parliament needs to work with the people and with government to address the challenge of climate change."

The invitees to Climate Assembly UK have been selected at random from across the UK. From those who respond, 110 people will be chosen as a representative sample of the population.

They will meet over four weekends from late January in Birmingham, and will discuss topics ranging from transport to household energy use.

A citizens' assembly has been a key demand of the environmental campaign group Extinction Rebellion, whose protests caused widespread disruption this year, including in the UK and New Zealand.

The group said they welcomed this as a first step, but warned that the assembly should be focusing on cutting carbon emissions to net zero by 2025 not 2050.

Spokesperson Linda Doyle said: "Waiting 30 years to reach zero net carbon emissions is a death sentence to people around the world and in the UK - it gives us a higher chance of breaching irreversible tipping points as the climate breaks down and it only serves short-term 'business as usual'." 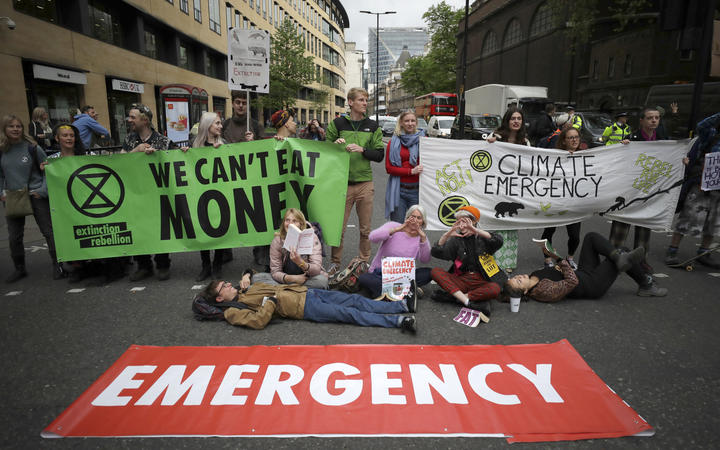 An Extinction Rebellion protest in London in April. The group is pleased with the citizens' assembly announcement although it wants a tighter deadline for cutting carbon emissions. Photo: AP / Matt Dunham

Environmental group Friends of the Earth said citizens' assemblies could play an important part in policy-making.

Dave Timms, head of political affairs at FOE, said: "Tackling the climate emergency with the speed required will require radical changes to our economy, infrastructure and even to society so it's important that there is a consensus among citizens.

"Much of what needs to be done already commands widespread public support and it is politicians that just need to bloody well get on with it now."

Citizens' assemblies have been used in a number of countries.

In Ireland, a panel of 99 people was established in 2016 to look at a range of political questions, including abortion.

They recommended that the country should overturn its ban and suggested a referendum, which went on to support repeal.

In Canada and the Netherlands, the approach has been used to discuss electoral reform.