Police have broken up an attempt by climate activists to block a busy street in Christchurch as part of a protest outside a gas industry meeting. 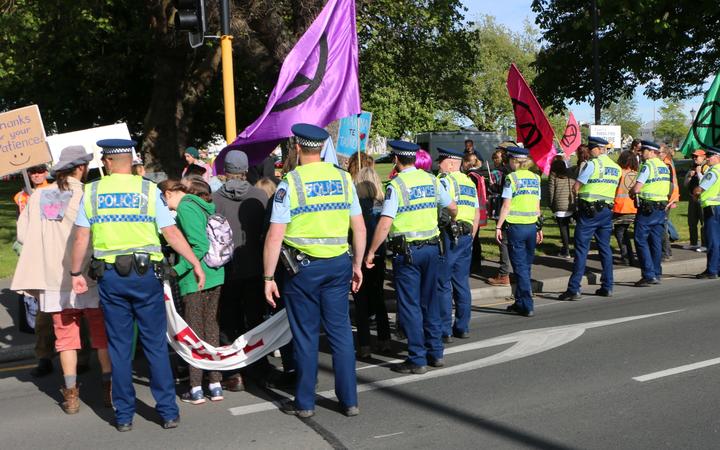 About 30 members of Extinction Rebellion demonstrated outside the Rydges Hotel on Latimer Square, which is hosting the New Zealand Gas Industry Forum.

The protesters twice blocked the square during the morning, stalling traffic as cars backed up.

Five minutes into the second blockage, nine police officers formed a line and marched the protesters off the road.

A spokesperson for the environmental group, Grace Stainthorpe, said the forum was contrary to the state of climate emergency declared by the Christchurch City Council and Canterbury's regional council.

The forum was hearing presentations, with 120 industry representatives in attendance including from OMV, First Gas, Genesis Energy and Fonterra, on what their companies are planning for the transition to net zero carbon.

But Ms Stainhope said investing in gas was prolonging a damaging industry and systemic change was needed to cope with the climate emergency. 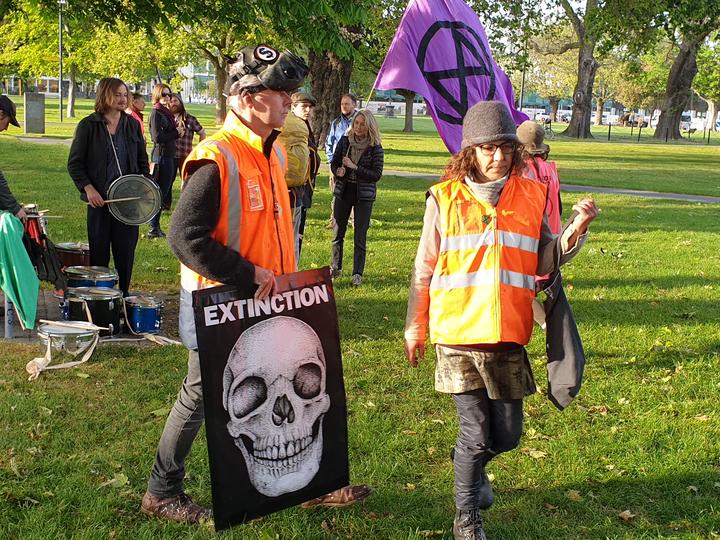 Protesters near the venue of the NZ Gas Industry Forum in Christchurch. Photo: RNZ / Nicholas Pointon

Gas Association chair Stuart Dickson said he was unphased by environment protestors outside the venue.

Mr Dickson said he did not agree that gas was as bad as oil, saying it had much lower carbon emissions than oil or coal.

He said the theme for the conference was pathways to net carbon zero.