When McDonald's closed all its restaurants in Iceland in 2009, one man decided to buy his last hamburger and fries. 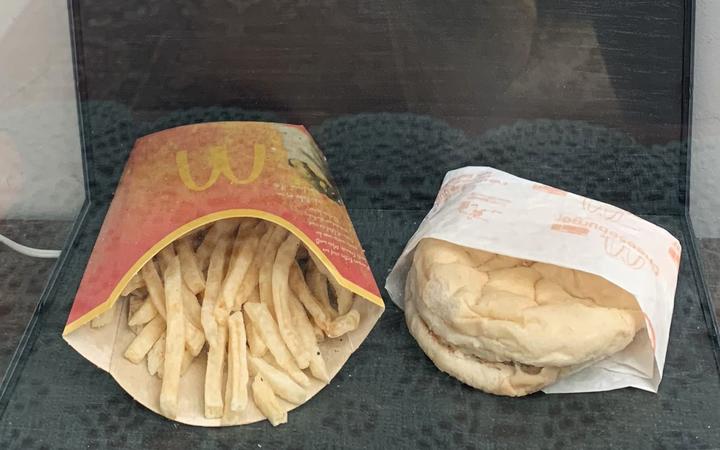 The burger with a side of fries protected in a glass case on display in the Snotra House, a hostel in Thykkvibaer, southern Iceland, Photo: AFP

"I had heard that McDonald's never decompose so I just wanted to see if it was true or not," Hjortur Smarason told AFP.

This week, it's 10 years since the seemingly indestructible meal was purchased, and it barely looks a day older.

Curious observers can watch a live stream of the burger and fries from its current location in a glass cabinet in Snotra House, a hostel in southern Iceland.

"The old guy is still there, feeling quite well. It still looks quite good actually," the hostel's owner Siggi Sigurdur told BBC News.

"It's a fun thing, of course, but it makes you think about what you are eating. There is no mould, it's only the paper wrapping that looks old." 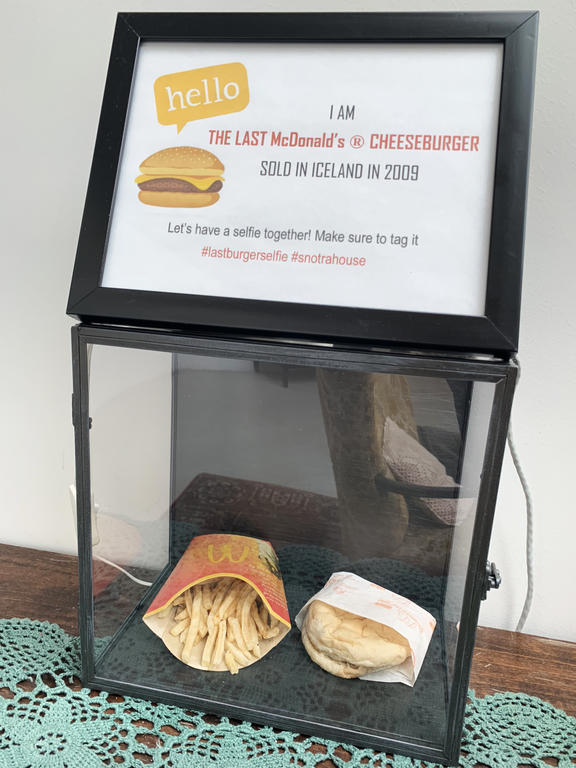 The hostel claims that people come from around the world to visit the burger, and the website receives up to 400,000 hits daily.

In their short existence, the burger and fries have moved around a lot.

In the first stage of Mr Smarason's investigation into how quickly the food would decay, it was kept in a plastic bag in his garage.

When after three years, he detected little change in its composition, he donated the meal to the National Museum of Iceland.

A museum specialist eventually decided they were not equipped to preserve food and it was returned to its original owner, according to Snotra House.

"I think he was wrong because this hamburger preserves itself," Mr Smarason commented.

After a spell in a different hostel in Reykjavík, the meal moved to its current home.

Pictures posted on social media sparked discussion of other robust foods that have resisted the ravages of time.

"The health teacher in our high school did this, but just left them on a shelf," commented one Twitter user.

"He would point out how even after years they didn't grow mould because apparently there weren't even enough nutrients in it for microbes."

Mr Smarason is far from the first person to try this experiment with McDonald's food.

Famously, Karen Hanrahan bought a hamburger in 1996 and 14 years later was claiming it looked no different than on the day she'd bought it.

In 2010, New York photographer Sally Davies bought a Happy Meal and took a picture of it daily for six months.

She claimed it didn't rot, smell bad, develop maggots, or indeed show any sign of going off.

A YouTube video comparing the decomposition of burgers and fries from a range of restaurants over two months has nearly eight million views.

McDonald's commented in 2013 that "in the right environment, our burgers, like most other foods, could decompose", but that without moisture in the environment, they were "unlikely to grow mould or bacteria or decompose".

Senior lecturer in food science at the University of Iceland, Bjorn Adalbjornsson, confirmed this explanation, telling AFP that without moisture, "food will simply dry out".