Wealthier countries on Friday have promised nearly $US9.8 billion over the next four years to an international fund to help poorer nations develop cleanly and adapt to climate stresses. 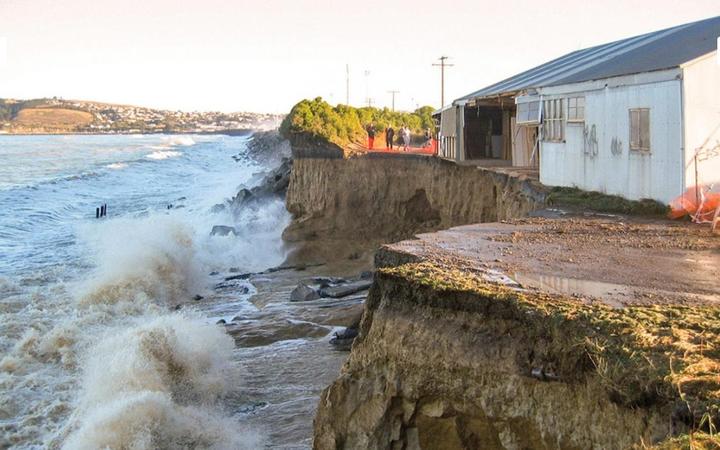 Coastal erosion - as seen at these cliffs in Oamaru - is a widespread impact of climate change. Photo: NIWA / Murray Hicks

However, the United States will not contribute, because president Donald Trump decided to stop paying into the fund.

The total was slightly higher than the $9.3 billion committed to the Green Climate Fund (GCF) at its first pledging conference in 2014, and came despite the absence of commitments by previous major donors such as the United States.

Climate finance analysts welcomed the stepped-up pledges - 11 of the 27 donor governments doubled their previous commitments - but said the totals were not rising as fast as the climate-change threats poor nations must deal with.

"It's quite clear we have governments all over the world declaring climate emergencies, and far more finance from all sources is needed to adequately address the challenge," said Joe Thwaites, a finance researcher with the US-based World Resources Institute.

In its first five years, the fund received total promises of a little over $10 billion.

But because the United States, under President Donald Trump, reneged on two-thirds of its initial $3 billion pledge, and currency values changed, it effectively had only $7.2 billion to spend, said Yannick Glemarec, its executive director.

The new commitments, if fulfilled, will effectively give it 70 percent more money to spend each year, with additional pledges likely in coming months, he said.

The funding is still a drop in the ocean compared with the estimated $3 trillion to $7 trillion a year needed to shift the world's economy onto a more sustainable and climate-friendly path, Mr Glemarec said.

But if used to show what is possible in developing nations and cut risks for private investors there, it could help spur the much larger investments needed to make that shift, he said.

"We are very excited because we should be able to prevent a lot of climate hurt" with the additional funds, he said.

The fund so far has allocated about $5.2 billion to 111 projects in 99 countries.

They range from green, low-cost housing in Mongolia's polluted capital and a methane-fuelled rapid-transit bus system in Karachi to restoring climate-threatened ecosystems in Namibia.

The fund has committed to spend half of its funding on efforts to help poorer countries adapt to climate threats, which rarely attract significant private or government finance. 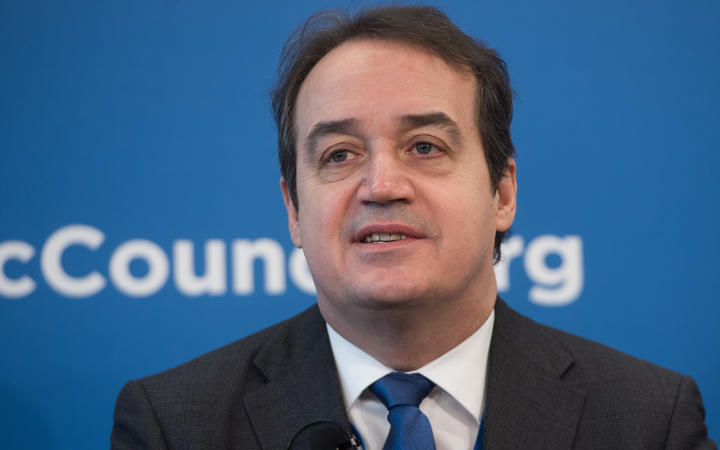 "This is a good start but in no way adequate to meet the needs on the ground," said Wendel Trio, director of Climate Action Network Europe, saying he hoped more pledges would come.

The fund will remain open for additional contributions throughout its next term, GCF officials said.

Mr Thwaites said Belgium was expected to commit to doubling its previous $100-million pledge to the fund in coming months, and Mexico had attended this week's pledging conference in Paris too.

The money was not intended for the GCF but shows issues affecting poorer states "are on their radar", he said.

Stepped-up GCF funding is considered key to encouraging poorer nations to boost the ambition of their national targets to hold the line on emissions and better adapt to climate threats, finance experts said.

Both rich and poor governments are expected to improve their climate action plans - created as part of the 2015 Paris Agreement on Climate Change - by the end of 2020.

Many developing-nation plans rely heavily on external funding to meet their most ambitious goals to put in place everything from renewable energy to storm early warning systems.

Liane Schalatek, a climate finance specialist with the Heinrich B+ll Foundation North America, said the new GCF pledges were positive but "probably not enough to give developing countries the confidence to significantly raise their ambition".

They were also insufficient to pay for the roughly $15 billion in projects already waiting in the fund's pipeline for cash, she said in a statement.

Mr Glemarec said a key role of the GCF's spending was to show private investors that good investments are possible in poorer countries, and remove roadblocks to those, by setting an example or helping shift policies.

Mr Thwaites said the GCF "comes in with money to do things the private sector isn't yet comfortable doing. They have a demonstration effect and a de-risking effect and then you see a lot more private finance can flow in those regions".

This is especially appropriate for projects like establishing feed-in tariffs for solar or wind power that help create a renewable energy market and give investors confidence.

The GCF has so far mobilised $2.60 in additional financing for each dollar spent, though that figure is held down by its focus on adaptation projects, which struggle to attract private finance, Mr Thwaites said.

He said the mobilisation rate was particularly respectable given the fund is working "in really difficult environments".