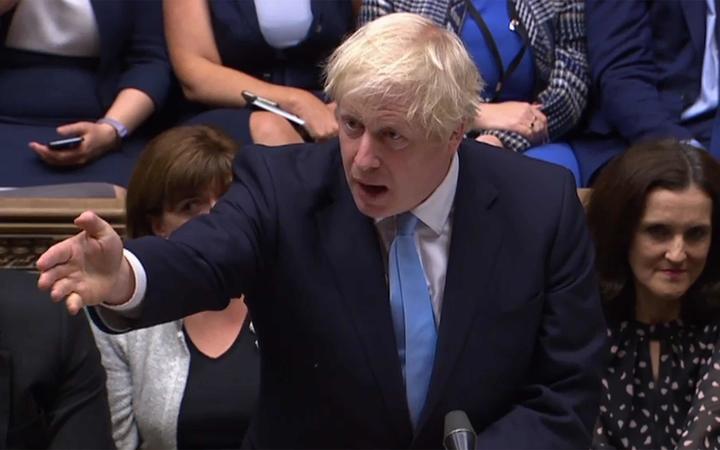 Britain's Prime Minister Boris Johnson speaking as he put forward a motion for an early general election in the House of Commons. Photo: AFP / PRU

The motion for an election needed the support of more than 400 MPs but gained the backing of only 293 lawmakers. Opposition MPs had earlier confirmed they would not back the push for a 15 October poll, insisting a law blocking a no-deal Brexit must be implemented.

The British parliament is due to be suspended later today until 14 October, two weeks before the country is due to leave the European Union on 31 October.

Mr Johnson vowed to secure a Brexit deal at a crucial European Union summit on 17 October.

"This government will press on with negotiating a deal, while preparing to leave without one," he told parliament.

"I will go to that crucial summit on October the 17th and no matter how many devices this parliament invents to tie my hands, I will strive to get an agreement in the national interest.

"This government will not delay Brexit any further."

Earlier, a bill seeking to block a no-deal exit passed into law, receiving assent from the Queen. It would force Mr Johnson to seek a three-month extension to the 31 October deadline unless parliament had either approved a deal or consented by 19 October or to leave without one.

Foreign Secretary Dominic Raab had said the government would always uphold the law but the legislation in question was "flawed" and the UK would continue to negotiate on the basis of leaving on 31 October.

Ahead of the vote on an early general election, the prime minister suffered another defeat in the House of Commons.

MPs backed calls, by 311 votes to 302, for the publication of government communications relating to the suspension of Parliament and the release of all documents on its planning for a no-deal Brexit.

The vote is binding on the government, but had been opposed by ministers who said there were concerns about the scope of the documents requested, and that they had been sufficiently transparent on the subject. 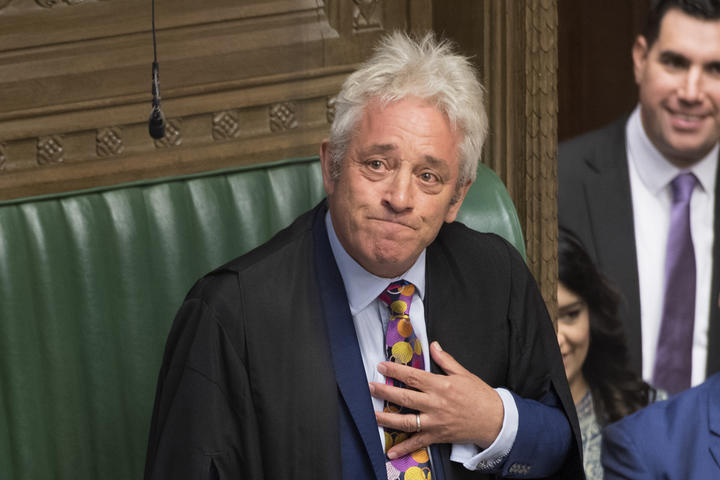 Meanwhile, Commons Speaker John Bercow has said he will stand down from the role and as MP at the next election or on 31 October, whichever comes first, after 10 years in the role.

If there was no early election, he said 31 October would be the "least disruptive and most democratic" date.

Mr Bercow received a standing ovation from the Labour benches after announcing his imminent departure, but most Tory MPs stayed in their seats.

He has faced fierce criticism from Brexiteers, who have questioned his impartiality on the issue of Europe and claim he has facilitated efforts by MPs opposed to a no-deal exit to take control of Commons business. 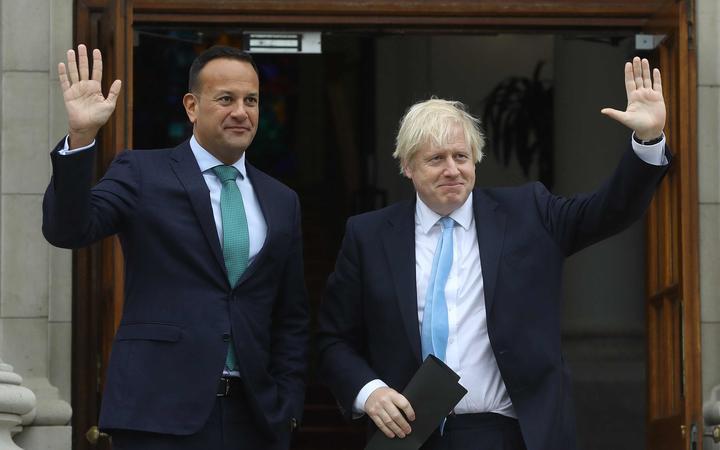 Earlier on Monday, Mr Johnson held talks with Leo Varadkar in Dublin. The Irish border has proved a key sticking point in attempts to agree a Brexit deal between the UK and the EU.

Mr Johnson wants the controversial backstop - an insurance policy against a hard border on the island of Ireland - scrapped, because if applied, it would see the UK stay in a single customs territory with the EU and align with current and future EU competition rules.

Northern Ireland would also stay aligned to some rules of the EU single market.

These arrangements would apply unless and until both the EU and UK agreed they were no longer necessary.

He told a media conference he believed a deal could be done and an alternative to the backstop found.

Leaving without a deal - something he said again he was willing to do - "would be a failure of statecraft for which we will all be responsible", Mr Johnson added.

Mr Varadkar said Ireland was "open to alternatives" to the backstop "but they must be realistic", adding: "We haven't received such proposals to date."