Iran has seized another foreign tanker in the Gulf, Iranian state media say. 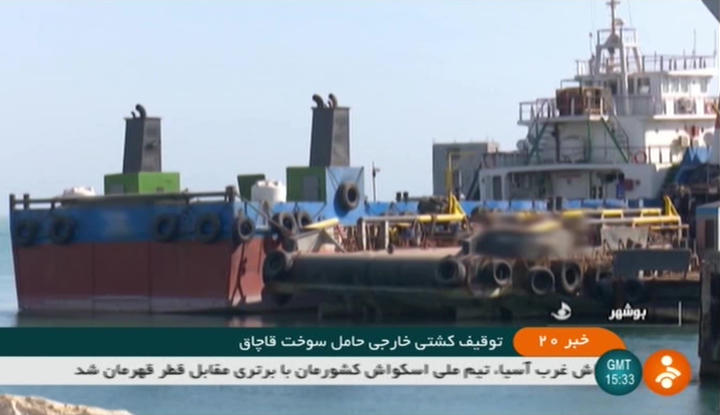 An image grab from the Islamic Republic of Iran News Network (IRINN) state TV channel reportedly shows a view of a foreign tanker seized by Iran in the Gulf. Photo: AFP/ IRINN / handout

A Revolutionary Guard Corps commander was quoted as saying it was "smuggling fuel for some Arab countries".

The commander said the tanker was carrying 700,000 litres of fuel, adding that seven sailors had been detained. Later reports said the captured ship was Iraqi.

The reported incident comes amid high tension after the US tightened sanctions on Iran's oil sector.

The sanctions were reimposed after Washington's unilateral withdrawal from a landmark 2015 nuclear deal.

The Revolutionary Guards' Sepah News site said at the time that the ship was seized during naval patrols aimed at "discovering and confronting organised smuggling".

Also last month, Iran seized British-flagged tanker the Stena Impero in the Strait of Hormuz, saying it had collided with a fishing vessel.

The US has blamed Iran for two separate attacks using explosives which damaged oil tankers in the Gulf of Oman in May and June - an allegation Tehran has denied. 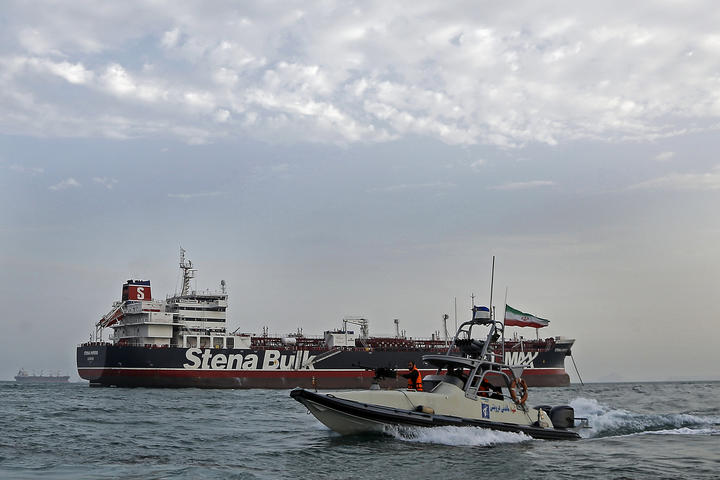 The British-flagged Stena Impero is still being detained by Iran Photo: Photo / AFP

What do we know about the latest seizure?

Fars news agency reported that the operation to seize the ship was carried out last Wednesday near the Gulf island of Farsi.

The tanker was taken to Bushehr and its fuel handed over to the authorities, the agency added.

The nationalities of the seven crew are not known.

The ship does not seem to have been noted as missing.

BBC Arab Affairs editor Sebastian Usher says that though the cargo is relatively small the seizure will inevitably raise tensions further in the region.

What's the background to this?

Tensions have been high in the Gulf since the US tightened oil sanctions against Iran.

The US has blamed Iran for two separate attacks on oil tankers in the Gulf of Oman in May and June - an allegation Tehran has denied.

Iran also shot down a US surveillance drone over the Strait of Hormuz in disputed circumstances.

In a previous seizure, Iran took control of a Panama-registered vessel on 13 July

UK warships have meanwhile been shadowing British oil tankers in the area since Iran threatened to seize one in response to the impounding of an Iranian tanker off Gibraltar.

They were, however, unable to prevent the seizure of the Stena Impero.

The UK said the tanker impounded off Gibraltar was suspected of breaching EU sanctions against Syria. Iran denied it was headed there.