A six-year-old boy was thrown five floors from the 10th floor of the Tate Modern art gallery in central London, police said. 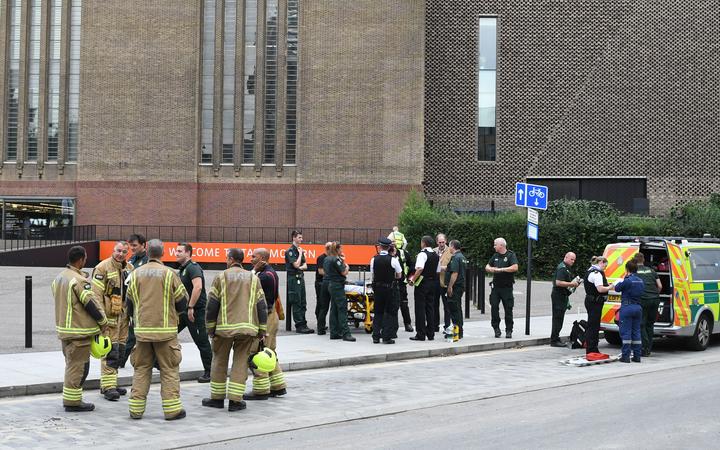 Police, ambulance crews and fire crews are outside the Tate Modern after it was put on lock down and evacuated. Photo: AFP

The child landed on a fifth floor roof and was taken to hospital by air ambulance after he fell at about 2.45pm on Sunday.

The boy's condition is described as critical.

A 17-year-old boy has been arrested on suspicion of attempted murder, the Met Police said.

Police said the six-year-old was thrown from a viewing platform.

"We treated a person at the scene and took them to hospital as a priority," a London Ambulance Service (LAS) spokesman said.

A police spokesman said there was "nothing to suggest [the suspect] is known to the victim".

The teenager had remained on the platform after the boy fell, police said.

Visitors were initially locked inside the gallery at Bankside on the South Bank.

Admin worker Nancy Barnfield, 47, of Rochdale, was at the 10th floor viewing gallery with a friend and their children when her friend heard a "loud bang".

Ms Barnfield said she turned around and saw a woman screaming: "Where's my son, where's my son?"

Members of the public quickly gathered around a man who was nearby, she said.

Ms Barnfield said: "We did not notice the mum before, we noticed her after because she was hysterical by then."

She said the person who was restrained by members of the public before the police arrived "just stood there and was quite calm". 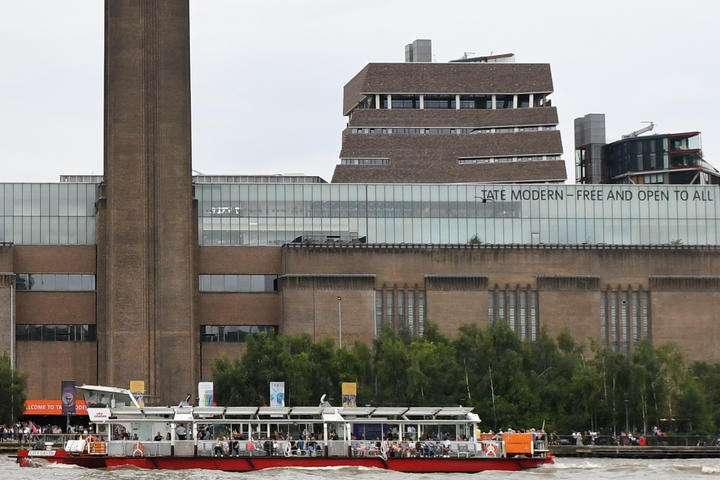 The viewing gallery at the Tate Modern rises above and behind the main building. Photo: AFP

Eyewitness Stuart Haggas said he saw emergency crews moving along the roof between the gallery's Turbine Hall and its recent extension.

"They were carrying a stretcher with someone on it," he said, "plus a second stretcher was waiting by the door."

BBC correspondent Jonny Dymond, who was also there, said visitors were "funnelled towards the main Turbine Hall and the exits were all closed".

"There were quite a lot of families with children, and security guards told us we couldn't leave," he said.

"There were at least two fire engines, 10 police cars and an incident control unit. Parts of the exterior of the building were taped off."

The Tate Modern opened in the disused power station on the River Thames in 2000.

It was the UK's most popular tourist attraction in 2018 with 5.9m visitors, according to the Association of Leading Visitor Attractions.