Iran says it has arrested 17 spies who it says were working for the CIA, and sentenced some of them to death. 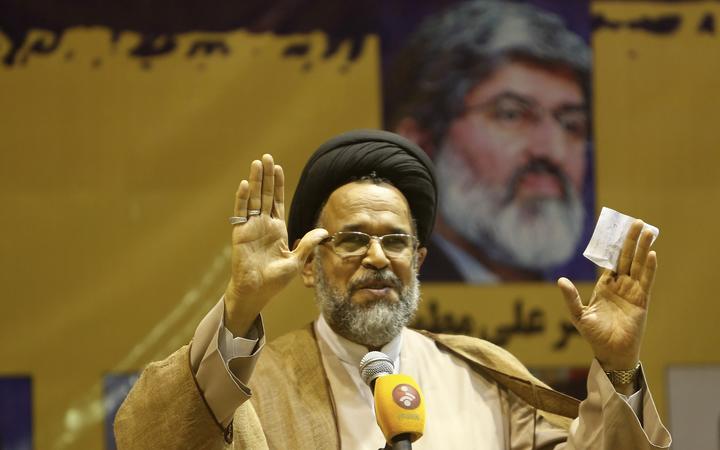 Iranian intelligence minister Mahmoud Alavi, pictured in 2016, announced on Sunday a documentary on the arrests of "US-linked spies" would be aired on Iranian TV. Photo: AFP

The intelligence ministry said the suspects had been collecting information in the nuclear, military and other sectors.

US President Donald Trump has dismissed the Iranian allegations, saying they are "totally false".

Washington and Tehran are at loggerheads over Iran's nuclear programme and tensions have grown.

Mr Trump last year abandoned the international nuclear deal with the Iranians, and the US has imposed sweeping economic sanctions on them.

In recent weeks, the two countries came close to military conflict in the Gulf.

Speaking shortly after the Iranian announced on the arrests, Mr Trump said: "It's getting harder for me to want to make a deal with Iran."

What do we know about the 'spying case'?

Iran says the spies who are alleged to work for the US Central Intelligence Agency were arrested over a 12-month period up until March this year.

The 17 were all Iranians working in "sensitive centres" in military and nuclear facilities and the private sector who had acted independently of each other, a top Iranian intelligence official told reporters.

He did not say how many had been sentenced to death or when the sentences had been handed down.

"Sentences for these spies have been issued, some of whom are to be put to death as 'corruptors on earth' [a charge punishable by death under Islamic rules in Iran]," the head of the intelligence ministry's espionage department was quoted as saying by the Iranian Students News Agency (ISNA)

On Sunday, Intelligence Minister Mahmoud Alavi announced a documentary on the arrests of "US-linked spies" would be aired on Iranian TV.

The Iranian intelligence ministry also released a CD containing a trailer for the documentary, re-enactments of spy meetings and interviews with officials including Mr Alavi.

Some of the spies had fallen into a "visa trap" set up by the CIA for Iranians wanting to travel to the US, Mr Alavi said, adding: "Some were approached when they were applying for a visa, while others had visas from before and were pressured by the CIA in order to renew them."

Others had been enticed by offers of money, lucrative jobs and medical services, he said.

Iran's Press TV channel has aired a documentary about the cracking of a "CIA network".

Last month, Iran said it had dismantled a network linked to the CIA, but it is unclear whether Monday's announcement was related to the same case.

What's the background to the current crisis?

Tensions between Iran, the US and the UK remain high, after a series of incidents in the world's key shipping area, the Strait of Hormuz.

On Friday, Iran seized a UK-flagged oil tanker in the strategic waters. Tehran had previously warned it would retaliate after the UK captured an Iranian tanker off the coast of Gibraltar earlier this month

Mr Trump said last week the US Navy had destroyed an Iranian drone after it refused to back down, but Iran denied this

Last month, Iran shot down a US surveillance drone over the strait, accusing it of violating Iranian airspace. But the US military said the drone had been over international waters at the time, and condemned it as an unprovoked attack

Tensions between the two nations have risen sharply since the US tightened sanctions it reimposed on Iran's oil sector after unilaterally withdrawing from a landmark 2015 nuclear deal.