Up to 150 people may have drowned in a shipwreck off the coast of Libya, the UN refugee agency says. 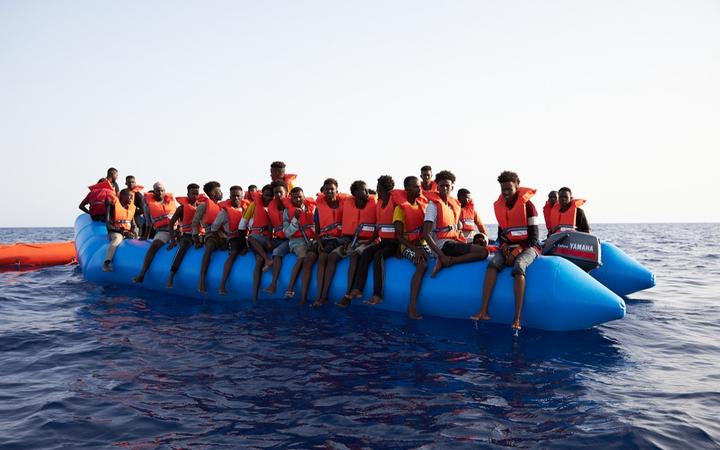 An overloaded rubber boat in international waters off the Libyan coast earlier this month. Photo: AFP

A further 150 people were rescued by fishermen and returned to Libya by coastguards, the UNHCR said.

It is not clear if the migrants were on one or two boats that left the Libyan town of al Khoms, some 120km east of Tripoli.

If confirmed, it would be the deadliest shipwreck in the Mediterranean so far this year.

At least 65 migrants died in May after their boat capsized off the coast of Tunisia. Sixteen people survived.

About 164 people died on the route between Libya and Europe in the first four months of 2019, UNHCR figures show.

Thousands of migrants attempt to cross the Mediterranean to Europe every year, and Libya is a key departure point.

Those who make the journey often travel in poorly maintained and overcrowded ships, and many have died.

But since mid-2017, the number of migrant journeys has declined dramatically.

The decline is largely because Italy has engaged Libyan forces to stop migrants from setting off or return them to Libya if found at sea - a policy condemned by human rights organisations.

The UN has repeatedly said people rescued in the Mediterranean should not be sent back to Libya because of the conflict and the inhumane conditions in which migrants are kept.

In the first three months of 2019, some 15,900 refugees and migrants arrived in Europe via Mediterranean routes - a 17 percent decrease on the same period in 2018.