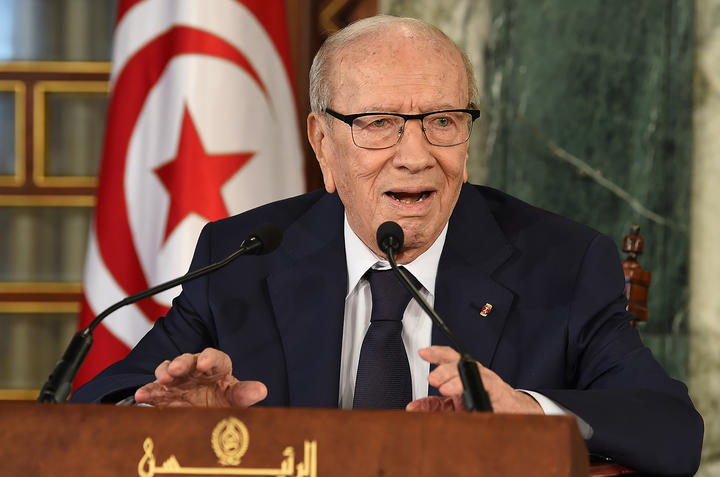 He was the world's oldest sitting president. He was admitted to hospital on Wednesday but officials did not say why he was receiving treatment.

Earlier this year, he announced he would not stand in elections expected in November.

Mr Essebsi was also admitted to hospital last month after suffering what officials said was a "severe health crisis".

They gave no further details. Prime Minister Youssef Chahed, who visited him in hospital, urged people to stop spreading "fake news" about his condition.

Since then, Tunisia has won praise as the only democracy to emerge from the revolutions of the so-called Arab spring.