As a new group of Eritrean refugees settle into Canterbury life, many are appealing to the government to let in more loved ones who they had to leave behind in refugee camps.

But this is just a drop in the ocean for the millions of people who have been victims of conflict and persecution, like our new Eritrean arrivals.

“Eritrea is a small country located in the east of Africa. Horn of Africa. It has like 4.5 million people,” says new arrival Kesete Habtom.

The African state is 15,000km away from here and known to have one of the worst human rights records in the world.

Eritrea’s 30-year war for independence saw many lives lost. It is struggling under a one-party state with no legislature, no independent civil society or judiciary and no religious freedom. The mandatory military service is also forcing Eritreans to flee. 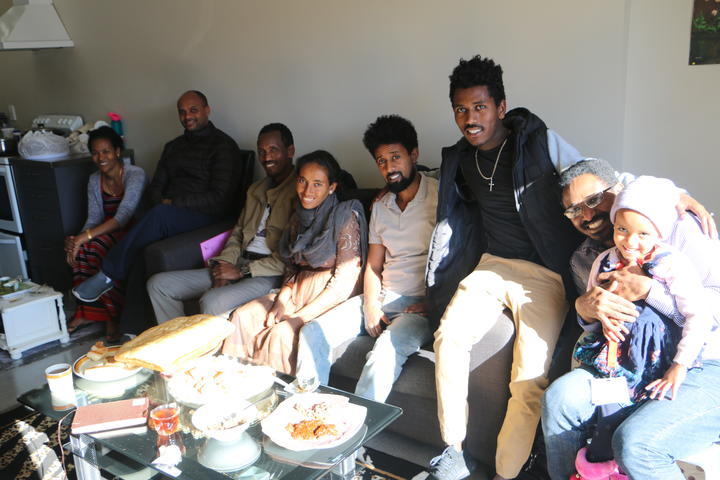 Kesete came with his wife, 3-year-old daughter and a 21-year-old younger brother. They arrived at the Mangere Refugee Resettlement Centre in Auckland just one week before the Christchurch terror attacks.

“It was very terrible for us. Very shocking for us. We feel bad and we feel sorry about that.”

They were scared to hear the news of the shootings, particularly as they were due to settle in Christchurch. But a few months later, Kesete realised it is not a common event in New Zealand. He has high hopes for the future.

“I have a plan to change my life and my family and my mind. So, it is good and I have a vision,” he says.

The New Zealand Red Cross has been a key organisation in the family’s settlement, but Kesete says it has been hard given the job search, new neighbours, finding directions, trying to learn English, and learning how to use public transport.

“Busing was a little difficult at first, but we okay now. If you can speak English - it’s okay."

The house we have all gathered in belongs to another Eritrean refugee and single mother, Okab Okbazghi, who also resettled in Christchurch this year. 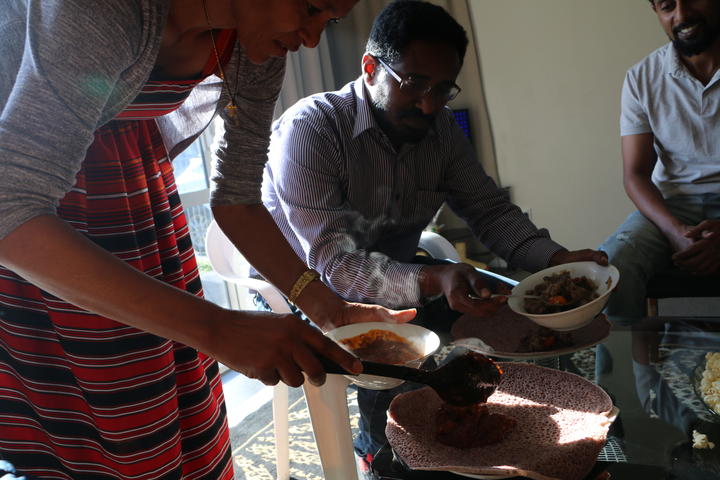 Akilu Habteghiorghis, who works for the Red Cross in Christchurch as the Pathways to Settlement Lead, is a former Eritrean refugee himself who translates Okab's words into English.

“Takes a while to settle in. We are still new,” she says shyly. She says having neighbours who care helps.

“I have a supportive neighbour who usually comes and knocks every morning to see how we are,” she says. “And helps us plant flowers by the front door.”

Her future plans involves training and study and then finding a job.

Nimrud Asrat is also Eritrean. He was deported to an Ethiopian refugee camp before coming to New Zealand. He had to leave his wife behind.

“Yes, I have a wife. But all of us, our wider families are still in Ethiopia,” he says.

“Ethiopia camps aren’t good. It’s a harsh place and no one helps them. Hopefully I will bring them here soon.”

Asmelash Hagos, who prefers to be called Gidawen, left Eritrea for Sudan and then ended up in Ethiopia at the same camp as Nimrud. Both men arrived in New Zealand on 7 March.

“I was very surprised. The landscape surrounded by sea and ocean. It’s small but its beauty is very nice,” he says. 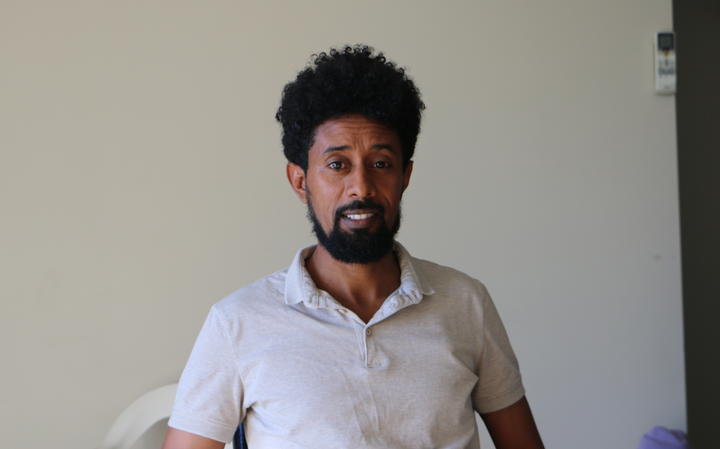 Thirty-four-year-old -year-old Gidawen finds it tough as a single refugee being resettled in a new place and culture where everyone speaks fluent English.

He has left behind his brother, sister, mother and father and hasn’t seen them for a decade.

“I miss my family, friends and culture,” he says. “It’s quite different in New Zealand. Here it is just you. Me, myself only,” he says.

Nimrud agrees that coming alone is a struggle.

“When I saw a lot of people living here alone, I was surprised. There’s not much socialising and even people’s daughters and sons go. In our society it’s not like that. We all live together and we share everything.”

Gidawen survives on just $250 a week and Nimrud $270. Both men agree there are days the money just doesn’t go far enough but they remain optimistic.

“Well for me, I’m thinking about the future but I’m not getting younger. I need food and some clothes and it’s not enough,” says Gidawen.

“Refugees still over there live a very harsh life,” says Gidawen. “I wish New Zealand would bring them to New Zealand, please.

“So many people suffer in the desert or die in the sea or trying to escape to Europe.” 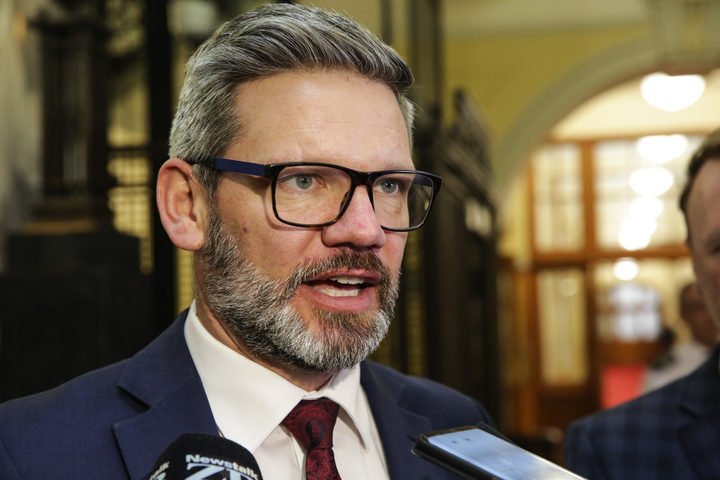 But Eritrean refugees, and those from the wider African group, face extra hurdles to get in to NZ.

Immigration Minister Ian Lees-Galloway said it was a policy put in place by the previous government and he’s consulting with colleagues in the interim.

But that’s the challenge isn’t it?  There’s no end to the vast growing numbers of people seeking safe refuge in places like Aotearoa.

This group of Eritreans all say they hope and dream that they might reunite with loved ones left behind sooner rather than later.