One of the most significant Russian space science missions in the post-Soviet era has launched from Baikonur. 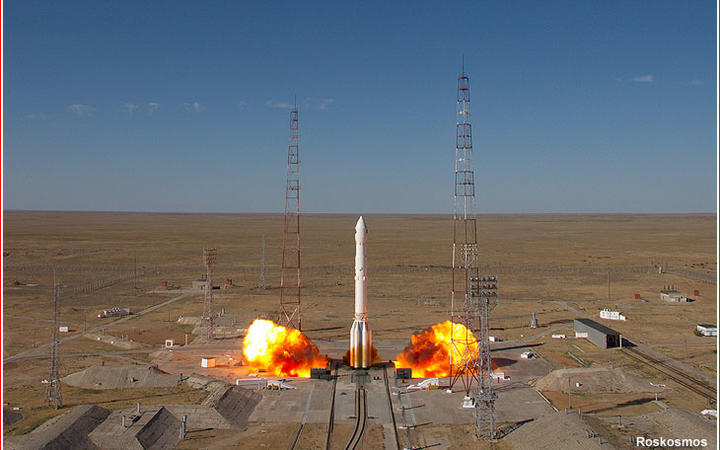 The Spektr-RG telescope is a joint venture with Germany that will map X-rays across the entire sky in unprecedented detail. Researchers say this information will help them trace the large-scale structure of the universe.

The hope is Spektr-RG can provide fresh insights on the accelerating behaviour of cosmic expansion. 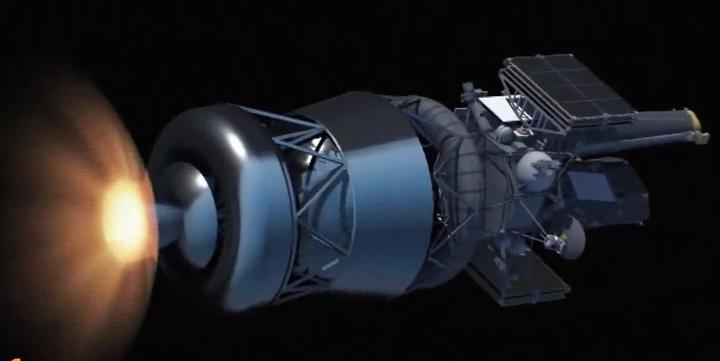 Spektr-RG has taken decades to develop and draws on both Russian and German technology. Photo: Supplied / Russian Space Web

It should also identify a staggering number of new X-ray sources, such as the colossal black holes that reside at the centre of galaxies.

As gas falls into these monsters, the matter is heated and shredded and "screams" in X-rays. The radiation is essentially a telltale for the universe's most violent phenomena.

The telescope rode to orbit atop a Proton rocket which left the Baikonur Cosmodrome in Kazakhstan.

Here is what REALLY happened behind the scene, during launch scrubs of the latest #Proton mission. #SpektrRG is really lucky to be where it is. DETAILS: https://t.co/naqJkZvdKo pic.twitter.com/7EI8HytN99

It will be many weeks however before the mission's work can begin in earnest.

The spacecraft must first travel to a popular observing position some 1.5 million kilometres from Earth known as Lagrange Point 2.

It's here that Spektr-RG can enjoy a stable environment free from the shadowing and temperature swings it would otherwise experience if operating closer to our home planet.

But once testing is complete, the observatory can get on with the business of scanning the sky.

Spektr-RG is constructed as a two-in-one telescope. Taking up most of the room on the spacecraft bus, or chassis, is the German-developed eRosita system. Nestled next to it is the Russian-built science hardware known as ART-XC.

Both use a cluster of seven tubular mirror modules to corral the X-ray light down on to sensitive camera detectors. 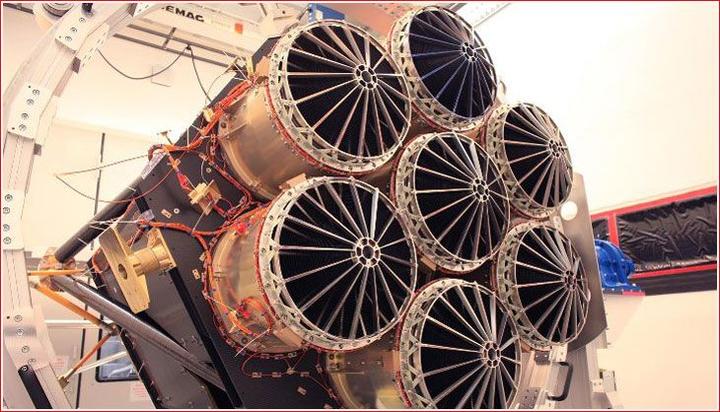 A cluster of seven mirror modules guides the X-rays down on to camera detectors. Photo: Supplied / Russian Space Web

Working in tandem, eRosita and ART-XC will map the radiation as it floods across the cosmos in the energy range of 0.2 to 30 kiloelectron volts (keV).

Over the course of six months, they should complete one full-sky survey, which will then be repeated again and again to improve on the detail.

Scientists expect the data to be a revelation. An all-sky X-ray map has never before been produced at the sought-after energies and at such fine resolution.

A key goal of Spektr-RG will be to investigate the mysterious cosmic components referred to as "dark matter" and "dark energy".

This duo make up 96 percent of the energy density of the universe, but next to nothing is known about them. The former seems to pull on normal, visible matter gravitationally, while the latter appears to be working to drive the cosmos apart at an ever faster rate.

Plan to illuminate clusters of galaxies

Spektr-RG's insights will come from mapping the distribution of hot, X-ray-emitting gas.

This will illuminate the great clusters of galaxies that thread across the Universe. And in doing so, it will identify where the greatest concentrations of dark matter can be found.

"We're aiming to detect about 100,000 clusters, and in fact above a certain mass limit we expect to detect all the clusters in the universe," said Professor Kirpal Nandra from the Max Planck Institute for Extraterrestrial Physics in Garching, Germany.

"We then measure their masses, and see how the number of clusters of a given mass evolves over cosmic time. This gives us a potentially a very accurate measure of the amount of dark matter, and how it clumps together.

"Our sensitivity allows us to map all this out to huge distances, all the way back to more than half the age of the universe. That means we see the large-scale structure not just as it is today, but back then as well. And we also see how it's evolved over time. That's what gives you the ability to test cosmological models and to see perhaps the influence of dark energy and whether this has changed over time."

Spektr-RG has taken decades to develop. Russian scientists have had to cope with inconsistent funding down the years and as a consequence the concept that launched today is quite radically different from what was originally envisaged.

The mission has been described as the most important astrophysics venture in post-Soviet Russia. Prof Nandra said his Russian colleagues certainly saw it that way.

"It puts them right at the forefront of X-ray astronomy; it's a massive opportunity for them," he added.