US Vice President Mike Pence has announced the administration's goal of putting Americans back on the moon within five years "by any means necessary". 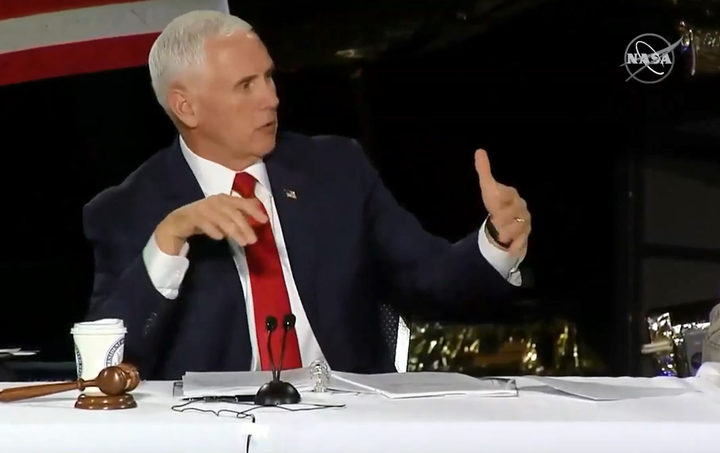 NASA had previously been aiming to return astronauts to the lunar surface by 2028 after first putting a "Gateway" station in orbit around the moon by 2024 as a stepping stone for the next attempt at a crewed lunar landing.

"We will be the first nation to return astronauts to the moon in the 21st century," Mr Pence said at a meeting of the administration's National Space Council in Alabama.

"It is the stated policy of this administration and the United States of America to return American astronauts to the moon within the next five years.

The US Apollo program, the space agency's forerunner to the current effort at returning humans to Earth's natural satellite, tallied six manned missions to the moon between 1969 and 1972.

So far, only two other nations have carried out controlled "soft" landings on the moon - the former Soviet Union and China - but those were with unmanned robot vehicles.

Mr Pence's remarks first caused some confusion over whether a "return" to the moon necessarily meant landing astronauts on the moon or putting them into lunar orbit by 2024, but NASA officials later clarified that a moon landing within five years was the stated objective.

Bridenstine also said NASA on Tuesday had issued its first "task order" for commercial delivery services to the moon, adding that nine US companies under contract with NASA were bidding to deliver the first set of science instruments and technical demonstrations to the lunar surface.

NASA has already set its sights on the moon's south pole for renewed human exploration, a region believed to hold enough ice water to be recovered for use in synthesizing additional rocket fuel.

The moon in turn is seen by NASA as a key stepping stone on the way to an eventual manned mission to Mars.