Algeria's army chief of staff has demanded President Abdelaziz Bouteflika be declared unfit to rule after weeks of protests against him. 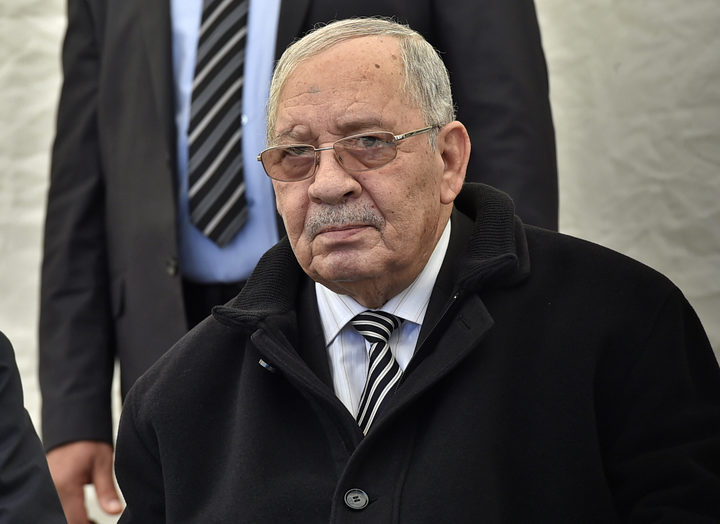 Lieutenant-General Ahmed Gaed Salah is the Algerian chief of Staff of the Armed Forces and vice-minister of defence. Photo: AFP / RYAD KRAMDI

"We must find a way out of this crisis immediately, within the constitutional framework," Lt Gen Ahmed Gaed Salah said on television.

The president of the North African country has already agreed not to stand for a fifth term in upcoming elections, which have been delayed.

Demonstrators accuse the 82-year-old of a ploy to prolong his 20-year rule: talks have been set up to oversee the country's political transition, draft a new constitution and set the date for elections but the talks do not yet have a date to start.

Protests against Mr Bouteflika began last month after the president, who has rarely been seen in public since suffering a stroke in 2013, said he planned to stand for another term.

He does not travel around the country or abroad, except for medical treatment.

A veteran of Algeria's war of independence, Mr Bouteflika's upper-class, Westernised style led him to be called "the dandy diplomat" by some. Backed by the army, he came to power after the 1990s civil war and was largely viewed as a unifier of the many factions underpinning Algerian politics. 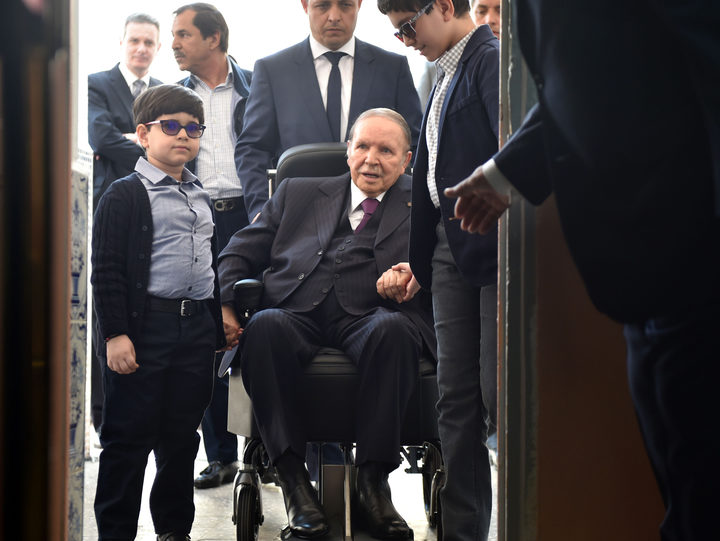 Algerian President Abdelaziz Bouteflika arrives on a wheelchair to vote at a polling station in Algiers in 2017. (File photo) Photo: AFP / RYAD KRAMDI

His aides represent him at events and read his messages to the public, and the announcement that he was not standing for a fifth presidential term was read on his behalf by a newsreader on national TV.

He agreed not to stand after the protests, but marches continued demanding immediate change.

Lt Gen Gaed Salah - who is also deputy defence minister and seen as loyal to Mr Bouteflika - has previously said the military and the people had a united vision of the future, hinting at the armed forces' support for the demonstrators.

Today he said the constitution was "the only guarantee to preserve a stable political situation", and called for the use of Article 102 which allows the Constitutional Council to declare the position of president vacant if the leader is unfit to rule.

"This solution achieves consensus and must be accepted by all," he said to the applause of officers watching the speech.

Under the constitution, the head of the Senate, Abdelkhader Bansallah, would become the acting head of state until an election could be held.

Reports suggest the Constitutional Council is now holding a special meeting after the speech. 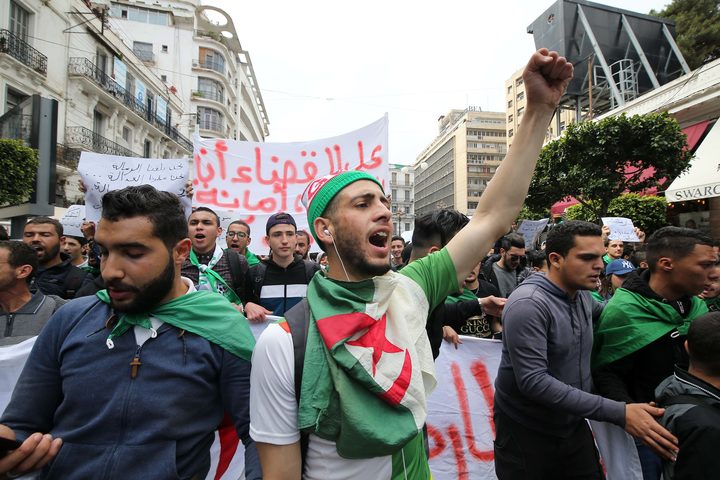 The dramatic intervention by the armed forces chief of staff is the latest development after weeks of sustained protest in Algeria. Prime Minister Ahmed Ouyahia also announced his resignation this month and was replaced by Interior Minister Noureddine Bedoui.

Lt Gen Ahmad Gaed Salah is viewed as fiercely loyal to Mr Bouteflika and a central "pillar" to the ruling powers of Algeria - so much so that on the weekend, a privately-owned local newspaper reported that he "must go" along with the president.

The country's Constitutional Council will need to back this latest call, and then ultimately it will be left to the parliament to officially decide the president's political fate.