Boeing is giving $US100m to help families affected by the two crashes of the company's 737 Max planes in Indonesia and Ethiopia. 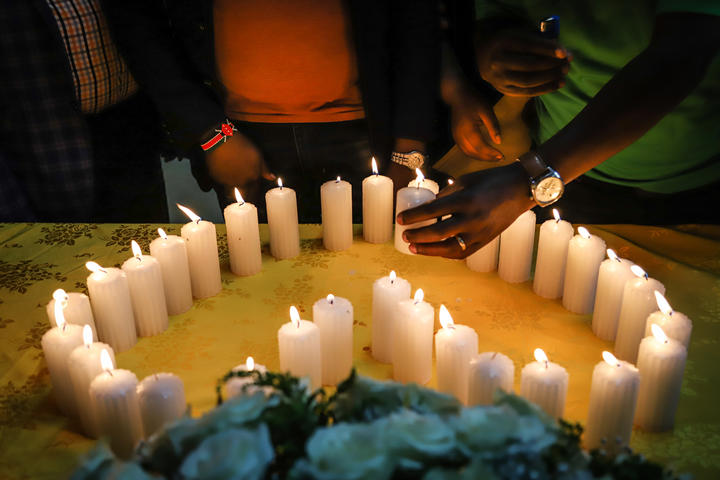 Relatives of people who died in in the Ethiopian Airlines crash light candles during a memorial service at the Kenyan Embassy in Addis Ababa in March 2019. Photo: AFP

The payment, stretching over several years, is independent of lawsuits filed in the wake of the disasters, which together killed 346 people.

The money will support education and living expenses for families and community programmes, Boeing said.

The loss of Ethiopian Airlines' flight ET302 in March was the second fatal accident involving a 737 Max in the space of five months. A near identical aircraft, owned by the Indonesian carrier Lion Air, went down in the sea off Jakarta in October 2018.

Crash investigators have focussed on the aircraft's control system and Boeing has been working with regulators to roll out a software upgrade. The top-selling 737 Max has been grounded worldwide since March, with no date when the aircraft might be cleared to fly again.

Boeing said in a statement on Wednesday that the "funds will support education, hardship and living expenses for impacted families, community programs, and economic development in impacted communities. Boeing will partner with local governments and non-profit organizations to address these needs. This initial investment will be made over multiple years."

Dennis Muilenburg, the chairman and chief executive, added: "We at Boeing are sorry for the tragic loss of lives in both of these accidents and these lives lost will continue to weigh heavily on our hearts and on our minds for years to come.

"The families and loved ones of those on board have our deepest sympathies, and we hope this initial outreach can help bring them comfort," he said. 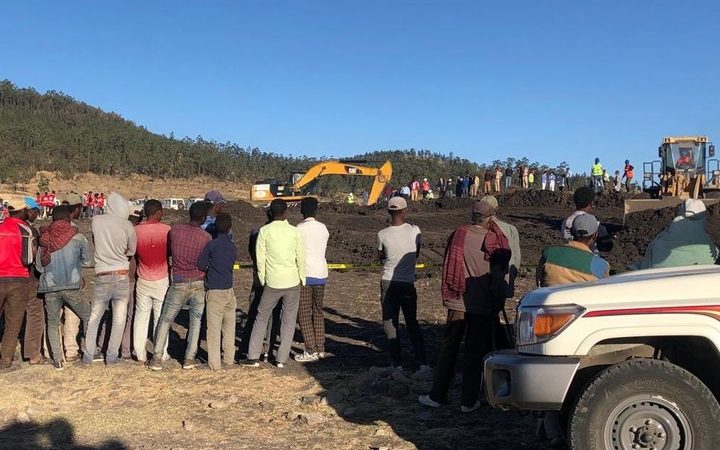 The site of the Ethiopia Airlines crash near Debre Zeit, some 50km south of Addis Ababa, Ethiopia, on 10 March. Photo: AFP

Nomi Husain, a Texas-based lawyer representing some of the families of victims of ET 302, said Boeing's payment "doesn't come anywhere close to compensating the families for what has been taken from them".

He told the BBC's transport correspondent Tom Burridge that "some of our clients are not interested in financial compensation at this point" and that Boeing "put profit over safety to get their number-one selling plane to market" - a claim the planemaker strongly denies.

Mr Husain has so far filed seven cases on behalf of families, with some of those lawsuits seeking damages of $276m. He estimated that about 50 lawsuits had so far been filed by victims' families.

Some families are waiting for further information about the technical causes of the crashes and how regulators cleared the 737 Max to fly before deciding on legal action, he said. But many others just want the truth, he added.

Meanwhile, Robert Clifford, who is representing 23 families, said: "This type of offer so early in the litigation process is unprecedented. Because there is still so much to learn about what occurred, it also appears to be disingenuous."