Details have begun to emerge of the final moments of an Ethiopian Airlines flight which crashed three weeks ago. 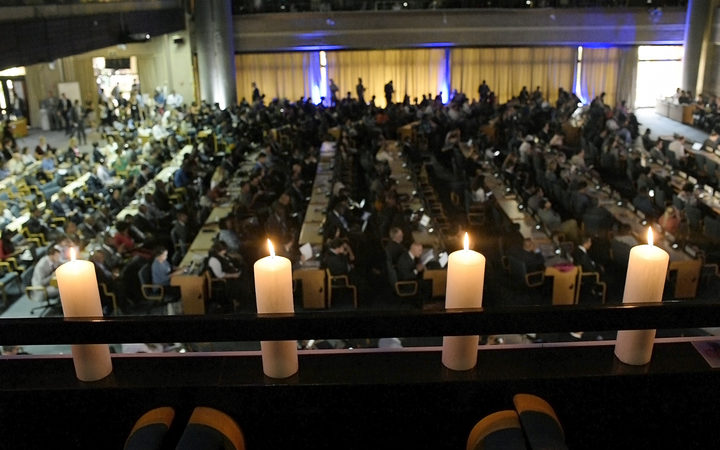 An anti-stalling system on the plane, a Boeing 737 Max, has been blamed for the disaster, which killed all 157 people on board.

Soon after take-off - and just 137m above the ground - the aircraft's nose began to pitch down.

One pilot, according to the Wall Street Journal, said to the other "pitch up, pitch up!" before their radio died.

The plane crashed only six minutes into its flight.

The Wall Street Journal - which says it's spoken to people close to the ongoing investigation - says the information it has "paints a picture of a catastrophic failure that quickly overwhelmed the flight crew".

Leaks this week from the crash investigation in Ethiopia and in the US suggest an automatic anti-stall system was activated at the time of the disaster.

The Boeing 737 Max went down shortly after take-off from Jakarta, killing all 189 people on board.

An investigation of the Lion Air flight suggested the anti-stall system malfunctioned, and forced the plane's nose down more than 20 times before it crashed into the sea.

The Ethiopian authorities have already said there are "clear similarities" between the Lion Air incident and the Ethiopian Airlines crash.

The airline and authorities have refused to comment on leaks from the investigation.

Concerns about the Boeing 737 Max have led to a worldwide grounding of the plane.

Boeing has redesigned the software so that it will disable the Maneuvering Characteristics Augmentation System if it receives conflicting data from its sensors.

As part of the upgrade, Boeing will install an extra warning system on all 737 Max aircraft. This was previously an optional safety feature.

Neither of the two planes that were involved in the fatal crashes carried the alert systems, which are designed to warn pilots when sensors produce contradictory readings.

The aircraft update is designed to ensure the Maneuvering Characteristics Augmentation System will no longer repeatedly make corrections when a pilot tries to regain control.

Earlier this week, Boeing said that the upgrades were not an admission that the system had caused the crashes.

Investigators have not yet determined the cause of the accidents, but a preliminary report from Ethiopian authorities is expected within days.

Boeing has tried to restore its battered reputation, while continuing to insist the 737 Max is safe.