Flight data from the Ethiopian Airlines disaster a week ago suggest "clear similarities" with a crash off Indonesia last October, Ethiopia's transport minister has said. 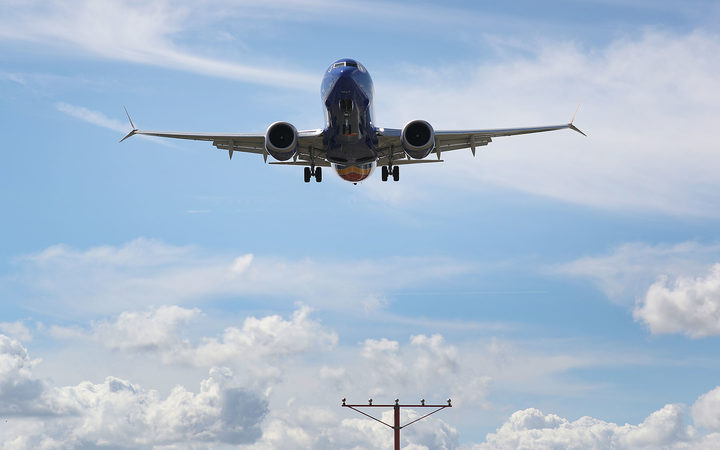 Both planes were Boeing 737 Max 8 aircraft.

Last Sunday the Ethiopian Airlines jet crashed after take-off from Addis Ababa, killing all 157 people on board.

Transport Minister Dagmawit Moges told journalists that a preliminary report would be released within 30 days.

"Clear similarities were noted between Ethiopian Airlines Flight 302 and Indonesian Lion Air Flight 610, which would be the subject of further study during the investigation," Ms Dagmawit told journalists on Sunday.

In both cases flight tracking data showed the aircraft's altitude had fluctuated sharply, as the planes seemed to experience erratic climbs and descents.

Boeing chairman and chief executive Dennis Muilenburg later reaffirmed that the company was supporting the investigation.

In a statement, he added that Boeing was going ahead with a software update that would address the behaviour of the flight control system "in response to erroneous sensor inputs".

Also, on Sunday, ceremonies took place both in Kenya and Ethiopia to honour the victims.

Thousands of people gathered in the Holy Trinity cathedral in Addis Ababa where empty coffins were draped in the national flag. None of the bodies has yet been formally identified because of the impact.

What do we know about the Ethiopian Airlines crash?

Ethiopian Airlines Flight 302 took off from Addis Ababa Bole International Airport on the morning of 10 March, bound for Nairobi in Kenya.

Minutes into the flight, the pilot reported difficulties and asked to return.

Visibility was said to be good but air traffic monitor Flightradar24 said the plane's "vertical speed was unstable after take-off".

An eyewitness at the scene told the BBC there was an intense fire as the aircraft hit the ground.

French air safety investigators examined the flight data recorder and cockpit voice recorder - or black boxes as they are often called - and have handed over their findings to their Ethiopian counterparts.

What happened in Indonesia?

Investigators later identified problems with the anti-stall system, which is designed to stop a plane from pointing upwards at too high an angle where it could lose its lift.

During flight JT610, the system repeatedly forced the plane's nose down, even when the plane was not stalling - possibly due to a faulty sensor.

Pilots tried to correct this by pointing the nose higher, until the system pushed it down again. This happened more than 20 times.

Following the second crash, airlines around the world grounded their Boeing 737 Max 8 aircraft.