The United States is grounding the Boeing 737 Max 8, the aircraft in Sunday's crash in Ethiopia, President Trump has said. 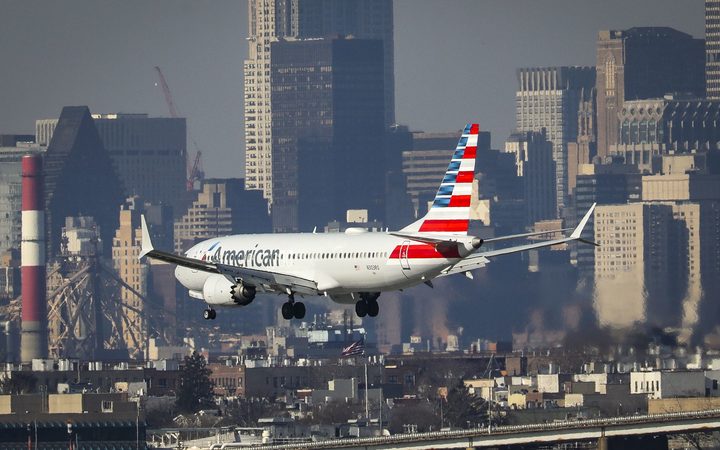 "We're going to be issuing an emergency order of prohibition to ground all flights of the 737 Max 8 and the 737 Max 9 and planes associated with that line," Mr Trump told reporters at the White House.

The US Federal Aviation Administration (FAA) had previously said the planes were airworthy and it will be informing international airlines.

Countries around the world - including New Zealand - have grounded the 737 Max jets or banned them from flying over their airspace since the Ethiopian Airlines flight crashed soon after taking off from Addis Ababa on Sunday.

The still unexplained crash followed another involving a Boeing 737 Max in Indonesia five months ago that killed 189 people.

Mr Trump said Boeing was working hard to come up with a solution and the planes would be grounded until the company did so.

Although there is no proof of any link, the two crashes have led to the grounding of most of Boeing's 737 Max fleet and hammered shares in the US planemaker, the world's largest.

Boeing shares, which were up earlier in the session, fell 2 percent to $367.70. The shares have fallen about 13 percent since the crash, losing more than $25 billion of market value.

Canadian Transport Minister Marc Garneau told a news conference that Ottawa would stop 737 Max 8 and 9 jets from leaving, arriving or flying over Canada.

He said satellite data suggested similarities between the flight profiles of the Ethiopian jet and that of a Lion Air plane of the same type that crashed in Indonesia last year. Both planes crashed shortly after takeoff.

Boeing has said it has full confidence in the 737 Max - a model that has 371 jets in operation around the world.

Ethiopian Airlines spokesperson Asrat Begashaw said it was still unclear what happened on Sunday, but its pilot had reported control issues - as opposed to external factors such as birds.