Fiji's national airline has suspended use of a charter plane from Miami Air after a plane operated by that airline slid off a runway into a river in Florida. 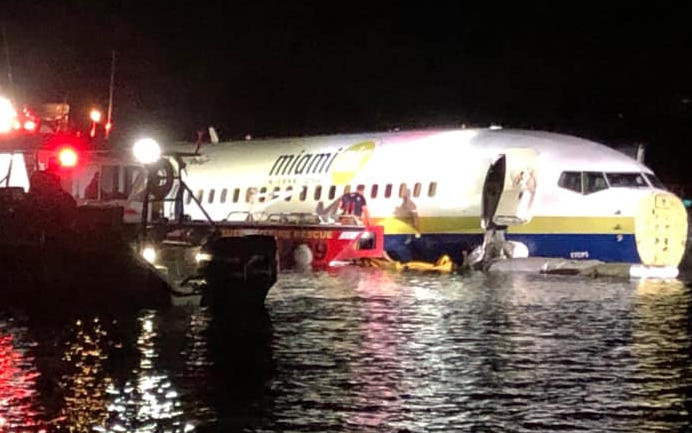 A Miami Air International plane with 136 passengers and seven crew on board crashed into St Johns River during landing at Jacksonville Florida on Friday night.

A Fiji Airways spokesman says the airline had now stopped operating the Miami Air aircraft until it knows more about the Florida incident in which there were no fatalities.

On Sunday investigators said a component meant to slow an aircraft on landing was inoperative on the Miami Air Boeing jet.

The failure of the left-hand "thrust reverser" on the Boeing 737-800 was one of the factors investigators were looking at, as well as a request by the pilots to change runways, said the United States' National Transportation Safety Board Vice Chairman Bruce Landsberg.

Fiji Airways' Boeing MAX 8s have been grounded along with the global fleet until questions about the aircraft's safety have been answered.