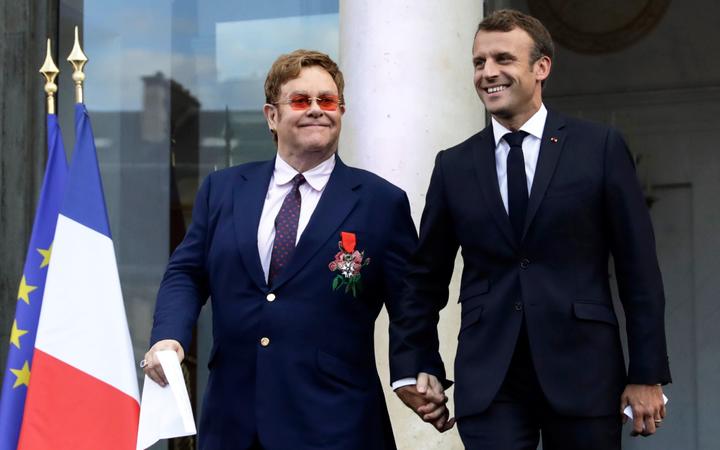 "AIDS still exists, still strikes, and continues to advance," Mr Macron told about 2000 people assembled for the ceremony at the presidential palace.

"We still have a lot to do to convince (people) that they must protect themselves, that it is not a story of the previous generation but of young people today," the president said with the rock star by his side.

Mr Macron called for a mass mobilisation so that the next meeting of the Global Fund to Fight AIDS, Tuberculosis and Malaria in Lyon, France, in October, will be able to raise $US13 billion for its next three years of work to tackle the three diseases that still fell millions.

"It is simple, we are at a critical moment because we do not know if we will have the money for the next three years," the French leader said, adding the money could save 16 million lives.

The Global Fund is credited with saving 27m lives since its creation in 2002.

Mr Macron awarded John, 72, the prestigious Legion of Honour a day after the singer's farewell concert in Paris, describing the Briton as an "icon". 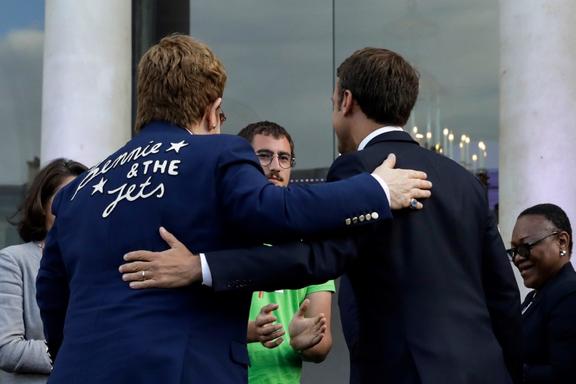 The ceremony took place on France's Fete de la Musique, when amateur musicians are invited to make music in the streets to celebrate midsummer.

John, whose rollercoaster life was captured in the Rocketman biopic that wowed critics at the Cannes film festival last month, used the occasion to promote his charity work.

Although parts of his five-decade career were consumed by sex, drugs and rock 'n' roll, as depicted in Rocketman, he also used his stardom to promote gay rights and raise funds for HIV/AIDS research and treatment.

"This commitment to music and the fight against AIDS is the story of your life, dear Elton," Mr Macron told the superstar, who sported a jacket with the inscription "Bennie and the Jets" and rose-tinted glasses.

John spoke of a special love story with France, and thanked the nation for its commitment to the battle against AIDS. 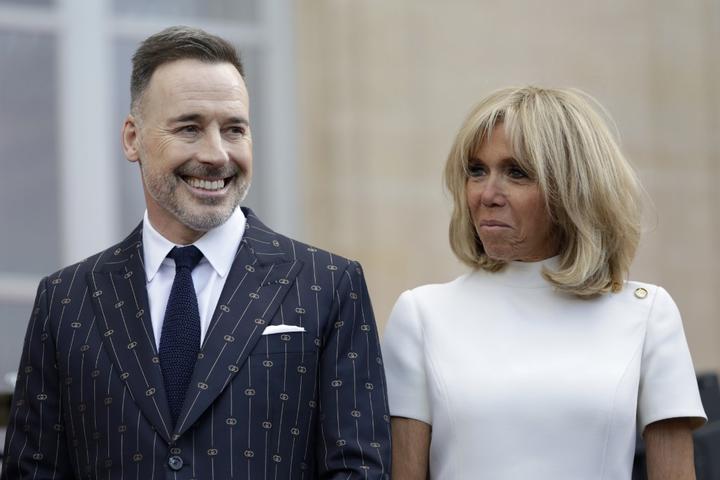 Last year, John announced he would retire after a final global tour, saying he wanted to spend more time with his children with husband David Furnish, who also attended today's ceremony.

The three-year extravaganza, expected to involve some 300 shows, will reach New Zealand in February.