Thousands of people in Hong Kong have surrounded police headquarters, calling for an extradition bill to be scrapped. 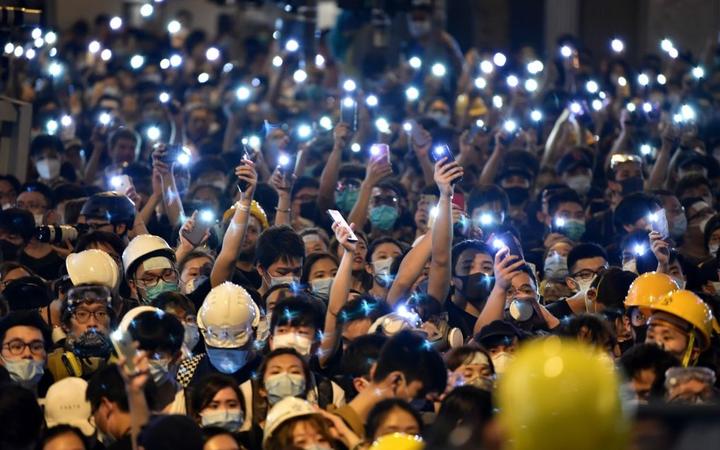 Protesters hold up their mobile phones as they gather outside police headquarters in Hong Kong. Photo: AFP

Police have asked the protesters to withdraw peacefully, saying their presence would "seriously affect" emergency services.

Millions of people have marched against the bill in recent weeks, with violent clashes breaking out with police.

The bill, which allows extradition to mainland China, has already been suspended. Critics say it would erode the judicial independence of Hong Kong.

Hong Kong has been part of China since 1997 under the "one country, two systems" principle, which allows it freedoms not seen in mainland China. 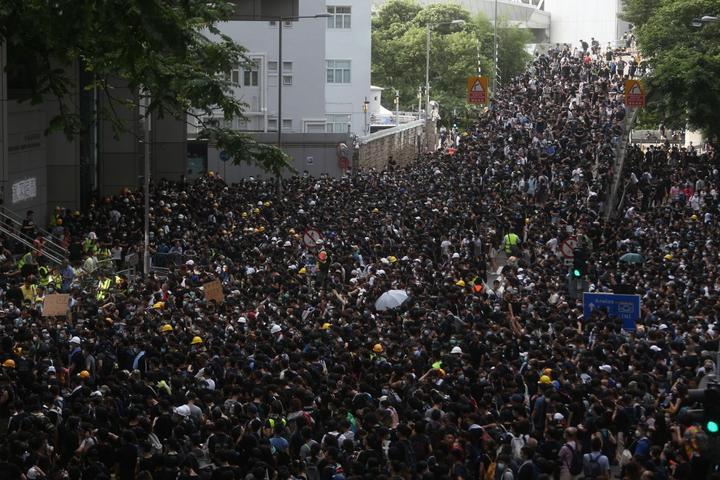 The protest comes a day after the government ignored a deadline set by a group of students from various universities in Hong Kong, who called for the bill to be completely scrapped.

Early on Friday people gathered outside the Legislative Council Complex, or government headquarters, but then moved to surround police headquarters.

Among the protesters was student activist Joshua Wong, who became the face of pro-democracy protests in 2014. He was freed earlier this week after being jailed in May on contempt charges related to the 2014 demonstrations.

In a tweet on Friday, Mr Wong called for police to drop charges against people arrested in the recent protests.

Some protesters also moved to Hong Kong's Revenue Tower. The Labour Department said several services based in the building would be suspended for the afternoon.

As demonstrators remained camped outside government buildings late on Friday, some sprayed water into the crowd in an attempt to keep cool while others sang songs.

People fear that if the extradition bill passes, it would erode this judicial independence and bring Hong Kong more decisively under China's control. 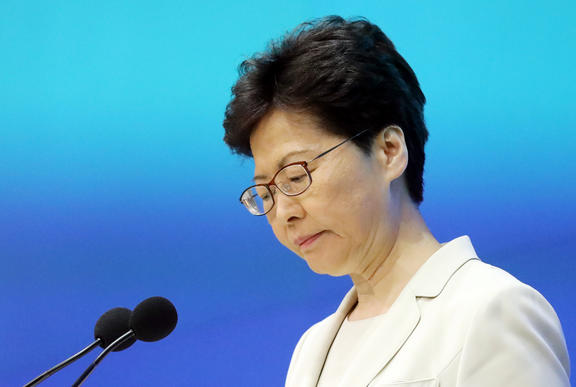 Critics of the bill, including lawyers and rights groups, also say it leaves people in Hong Kong exposed to China's justice system, which is marred by allegations of torture, forced confessions and arbitrary detentions.

China has backed Hong Kong leader Carrie Lam and the extradition bill throughout the unrest.

Initially, Ms Lam remained defiant, saying the government had no intention of withdrawing the bill, despite widespread opposition.

But in the face of mounting protests, and after violent clashes, she announced that the bill would be suspended and gave a public apology.

She said the bill would not be revived until people's fears were addressed, and that it was "very unlikely" the government could pass the bill before the current legislative session expired next year.

Why are people still angry?

Ms Lam's latest move has done little to pacify the people, though the number of protesters coming out on the streets has dropped dramatically in recent days.

Protesters want the bill to be completely scrapped, with no possibility that it might pass again in future after the protests have dissipated.

They previously called for Ms Lam to step down. But after the violent clashes between police and protesters on 12 June, an investigation into police brutality has also become part of the demands.

The protest saw riot police fire tear gas and rubber bullets at protesters, leading to some of the worst violence the territory has seen in decades.

Some 72 people aged between 15 and 66 were injured in the violence, including two men who were in critical condition and some 21 police officers.

Many on Friday were heard chanting "shame on police thugs" outside police headquarters.