Hong Kong's leader Carrie Lam has apologised for an extradition bill that sparked mass protests, acknowledging it is now "unlikely" it will pass. 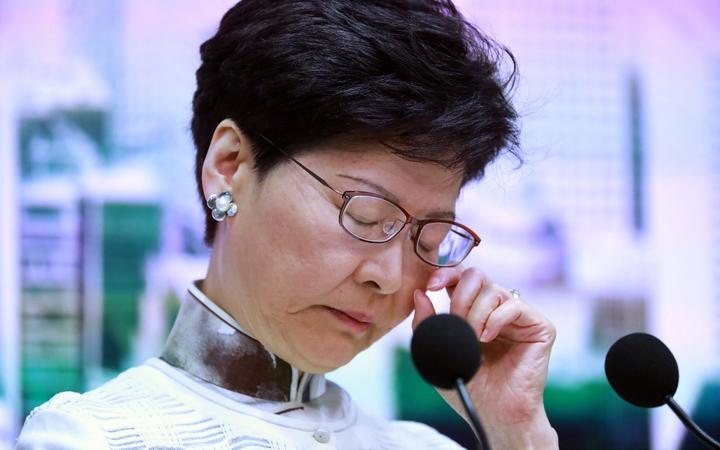 Millions have taken to the streets against the proposals, which would allow extradition to mainland China.

Protesters have been calling for the bill to be withdrawn and for Mrs Lam to resign.

Her speech did not promise either, but she said the bill would not be revived until people's fears were addressed.

Hong Kong has been part of China since 1997 under the "one country, two systems" principle, which allows it freedoms not seen on mainland China.

Critics say the legislation would expose people in Hong Kong to China's deeply flawed justice system and lead to further erosion of the city's judicial independence.

"I personally have to shoulder much of the responsibility. This has led to controversies, disputes and anxieties in society," Hong Kong's chief executive said.

"For this I offer my most sincere apology to all people of Hong Kong."

Asked by the BBC's Nick Beake why she had neither resigned nor withdrawn the bill, she said the fact that the bill was suspended showed she was listening.

Mrs Lam said that unless the government was able to address concerns about the proposed laws "we will not proceed with the legislative exercise again".

She said it was "very unlikely" the government could alleviate fears before next year, when the term for Hong Kong's legislative council expires, and "should that happen, the government will accept the reality".