Hong Kong's most prominent student activist Joshua Wong has called for the resignation of leader Carrie Lam, after walking free from prison. 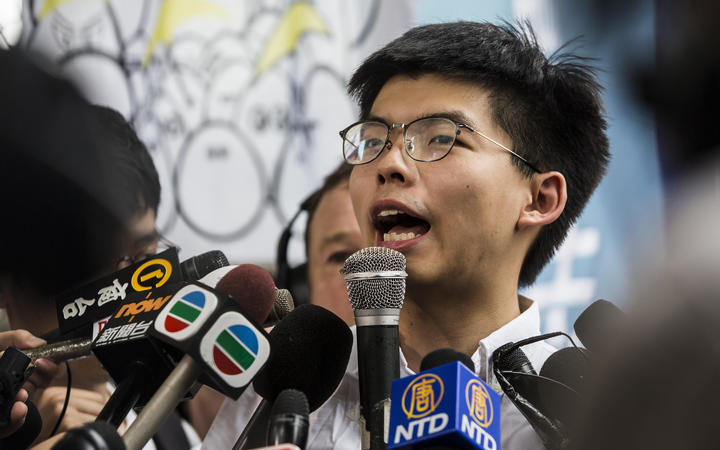 The day after protest organisers estimated two million people had challenged a controversial bill which would have allowed extradition to mainland China on Sunday, it was expected the release of Mr Wong would further rally crowds and increase pressure on Ms Lam.

Mr Wong, 22, became the face of pro-democracy protests in 2014 which called for the city to pick its own leaders. He and other student activists led the protests which saw thousands of people camp in the central business district for 79 days, bringing the city to a standstill. 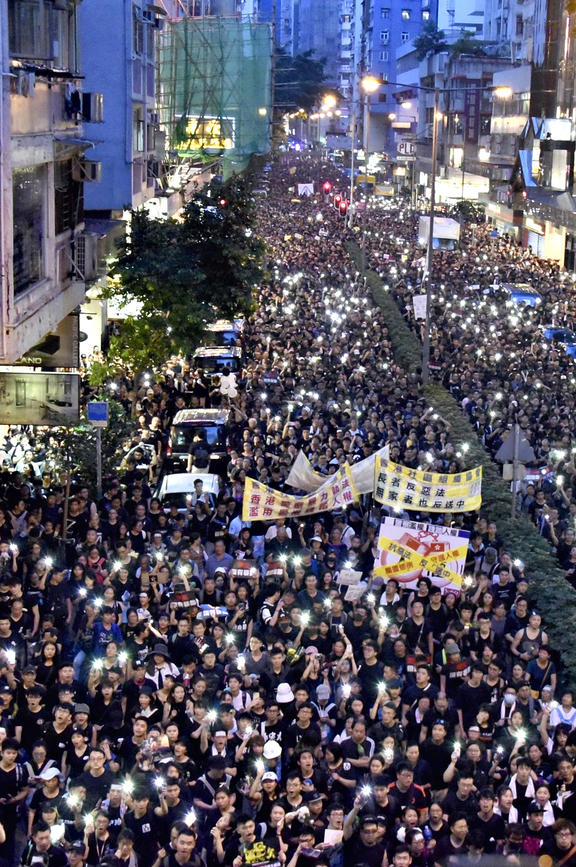 Tens of thousands of people dressing in black take to the streets to protest against the extradition law. Photo: AFP / Yomiuri

He received two separate prison sentences in 2017 and 2018 for his part in what became known as the Umbrella Movement - but walked free on Monday after serving a reduced sentence of one month.

"[Carrie Lam] is no longer qualified to be Hong Kong's leader," Mr Wong told reporters at the prison. "She must take the blame and resign, be held accountable and step down."

He also celebrated his new found freedom and called for the extradition bill to be withdrawn in a tweet on Monday.

After diminishing in numbers overnight, large groups of protesters were seen gathering on key roads near the government headquarters again on Monday. Organisers say protests will continue until the bill is scrapped altogether.

Much of the public anger has been directed at Ms Lam, who is pro-Beijing, and on Sunday she apologised for the controversy over the bill.

The protest has been mainly peaceful, with police officers reportedly holding back to allow the throngs of people to slowly pass through the city. That was in contrast however with scenes at the last major demonstration on Wednesday, which saw clashes between protesters and police that injured dozens.

Police, who used tear gas and rubber bullets, have been accused of excessive force by some rights groups.

Why are people protesting?

Hong Kong was a British colony from 1841 until sovereignty was returned to China in 1997. Although most people in Hong Kong are ethnic Chinese, the majority of them don't identify as Chinese.

The years since handover have seen an increase in anti-mainland Chinese sentiment.

Critics of the proposed bill have said the legislation would expose people in Hong Kong to China's deeply flawed justice system and lead to further erosion of the city's judicial independence.

There are fears it could bring Hong Kong more decisively under China's control.

Hong Kong still enjoys freedoms not seen on mainland China - but critics say they are on the decline.

One protester said Hong Kong would "become another Chinese city if [the] bill is passed".

Hong Kong officials said its courts would have the final say whether to grant extradition requests, however, and Ms Lam's government also said suspects accused of political and religious crimes would not be extradited, insisting legally binding human rights safeguards would also be in place.