Boris Johnson has secured the highest number of votes in the first MPs' ballot to select the Conservative Party leader and next prime minister. 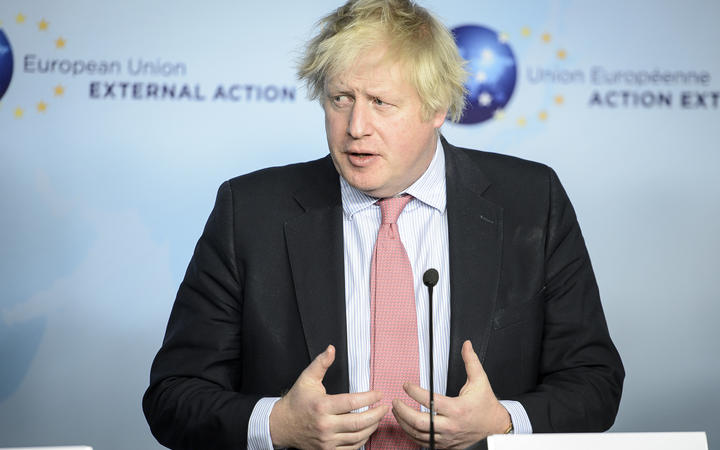 Boris Johnson received 114 votes in the secret ballot in the House of Commons. Photo: Photo / AFP

Three contenders - Mark Harper, Andrea Leadsom and Esther McVey - were knocked out in the secret ballot held in the House of Commons.

Mr Johnson received 114 votes, while Jeremy Hunt was second with 43 and Michael Gove was third with 37.

Seven candidates progress to the next round of voting next week.

The two who prove most popular after the last MPs' ballot will go to Conservative Party members in a final vote later this month.

The winner of the contest to succeed Theresa May is expected to be announced in the week of 23 July.

Mr Johnson, a former Foreign Secretary who served for eight years as Mayor of London, said he was "delighted" to win but warned that his campaign still had "a long way to go".

Foreign Secretary Mr Hunt also said he was "delighted" to have come second, adding: "This serious moment calls for a serious leader."

And Environment Secretary Mr Gove said it was "all to play for" and he was "very much looking forward" to candidates' TV debates on Channel 4 on Sunday and on BBC One next Tuesday.

All 313 Conservative MPs voted in the first ballot, including Mrs May, who refused to say whom she had backed.

The fourth-placed candidate, former Brexit secretary Dominic Raab, said he was "proud and honoured" and he had a "good base to build on".

Home Secretary Sajid Javid, who came fifth, said: "I look forward to continuing to share my positive vision and my plan for uniting the country."

Health Secretary Matt Hancock, placed sixth, thanked his supporters, saying it was "terrific to have more votes from colleagues than I could have hoped for".

And International Development Secretary Rory Stewart, the seventh-placed candidate, told the BBC's Politics Live he was "completely over the moon" to have got through the first vote.

He said he had only six declared votes ahead of the poll, but "more than three times that" had voted for him in the secret ballot.