Boris Johnson has said he is "not aiming for a no-deal outcome" for Brexit at the launch of his campaign for the Tory leadership. 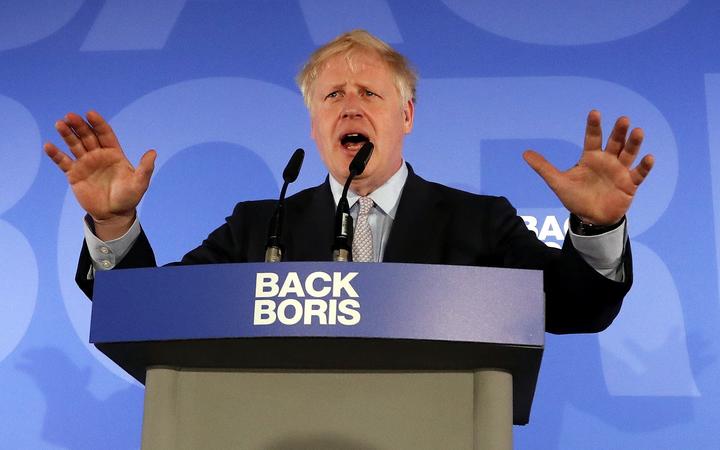 But he said the threat of no deal was a "vital" negotiation tool and the UK "must do better" than the current deal.

He argued the party should not vote for "the same old insiders" and a leader from a "new generation" was needed.

Meanwhile, Labour's cross-party motion aimed at stopping a no-deal Brexit being pushed through by a future prime minister was rejected by MPs.

Mr Johnson and Mr Javid are the last of the 10 candidates in the contest to officially launch their campaigns for the job of Conservative Party leader - and prime minister - ahead of Thursday's first ballot of Tory MPs. 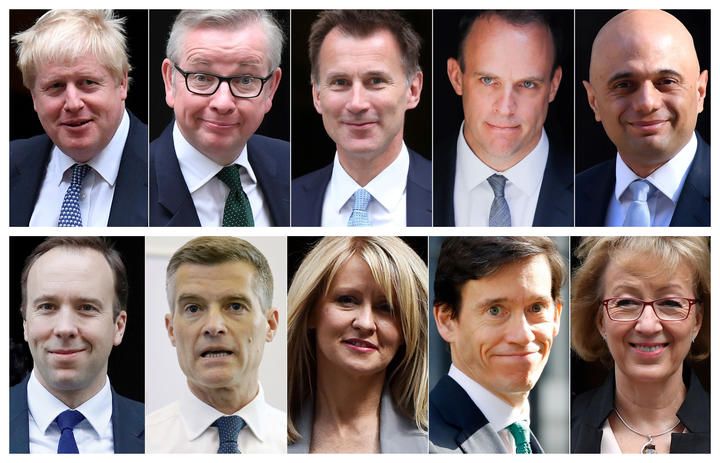 Mr Javid focused much of his speech on his personal back story and own experience of exclusion, insisting it gave him an understanding of how to make people feel "included and welcome" in the Tory Party.

"I have the background, ideas and positive vision for the future [to] keep Jeremy Corbyn far away from 10 Downing Street," he said.

In a swipe at his rivals, he argued: "We can't risk going with [the] short-term comfort zone choice."

On Brexit, he said he could "make post-Brexit Britain what many naysayers say it can't be", and had a "credible plan to leave by the end of October".

Scottish Conservative leader Ruth Davidson, who introduced him at Wednesday's event, said Mr Javid would give voters a "greater reason to feel pride" in the UK.

Earlier, she told the BBC she would not support leaving the EU without a deal, but Mr Javid had the most credible plan to get a deal through Parliament.

Mr Javid has said he would be prepared to leave without a deal if the alternative was no Brexit at all.

Mr Johnson is regarded as the frontrunner in the contest, with many more endorsements from Tory MPs than any other candidate.

He has kept a low profile in the race to succeed Theresa May so far, his only significant intervention being a pledge - immediately criticised by his rivals - to cut income tax bills for people earning more than £50,000 a year.

At Wednesday's launch, the former foreign secretary - who quit cabinet over Mrs May's Brexit policy - said it was "right for our great country to prepare" for a no-deal outcome.

He said any delay to Brexit would "further alienate not just our natural supporters but anyone who believes that politicians should deliver on their promises".

And he warned his party it would "kick the bucket" if it went into the next election having failed to carry out the mandate given to it by the British people. 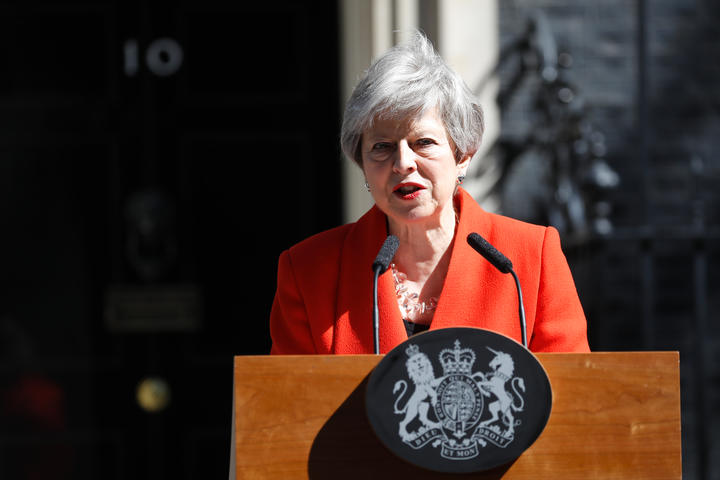 Several of Mr Johnson's rivals, including Rory Stewart and Matt Hancock, have said they would not countenance leaving the EU at all without some form of legally-binding agreement on the shape of the future relationship because of the economic disruption it would cause.

Others, including Michael Gove and Mark Harper, have indicated they would be prepared to seek a further extension from the EU to finalise a better deal.

Brexiteers such as Dominic Raab and Esther McVey have said the priority must be honouring the 2016 referendum result and the UK should be prepared to accept no deal.

Chancellor Philip Hammond - who is not running for leader - said it was "impossible" to leave the EU by 31 October and it was "not sensible" for leadership hopefuls to "box themselves into a corner on this" as Parliament "will not allow a no-deal exit".

Labour leader Jeremy Corbyn has said a no-deal Brexit would be "disastrous", telling MPs: "I think some of [the PM's] colleagues need reminding of that."

At his launch Mr Johnson was also pressed by journalists on his use of language - including when he wrote in his Daily Telegraph column that Muslim women wearing the burka looked like "letterboxes".

Mr Johnson apologised for "the offence I have caused", but said: "I will continue to speak as directly as I can."

One of the reasons the public "feels alienated" from politicians is because "we are muffling and veiling our language", he added.

He also appeared to dodge a question asking him about a previous confession he had taken cocaine while at university.

Mr Johnson said: "I think what most people in this country want us to really focus on in this campaign, if I may say so, is what we can do for them and what our plans are for this great country of ours."