British Prime Minister Theresa May's time as Conservative Party leader ended today, not with a bang but a whimper. 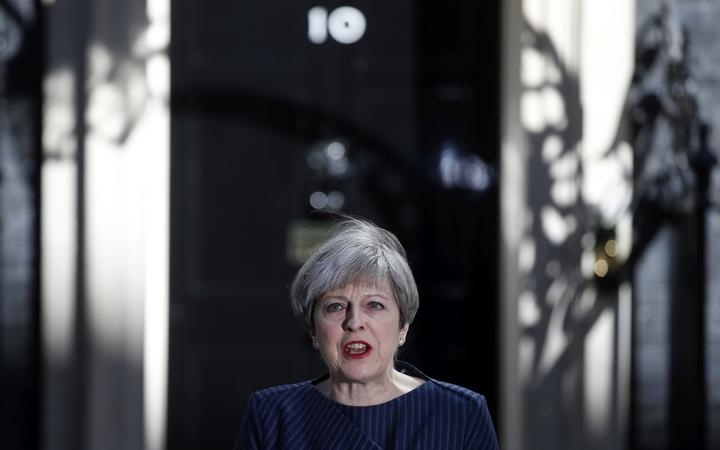 Theresa May is set to move out of No 10 Downing Street in London by the end of next month. Photo: AP

Mrs May, who announced her departure two weeks ago after her career was [https://www.rnz.co.nz/news/world/390471/theresa-may-s-legacy-will-be-her-brexit-failure

undone by the Brexit mess], formally stepped down in a private exchange of letters with the party, leaving almost a dozen Conservative contenders fighting to replace her and resume the stalled quest to lead Britain out of the European Union.

The second female prime minister in British history spent the day quietly in her home constituency west of London, rather than the prime minister's residence at 10 Downing St. 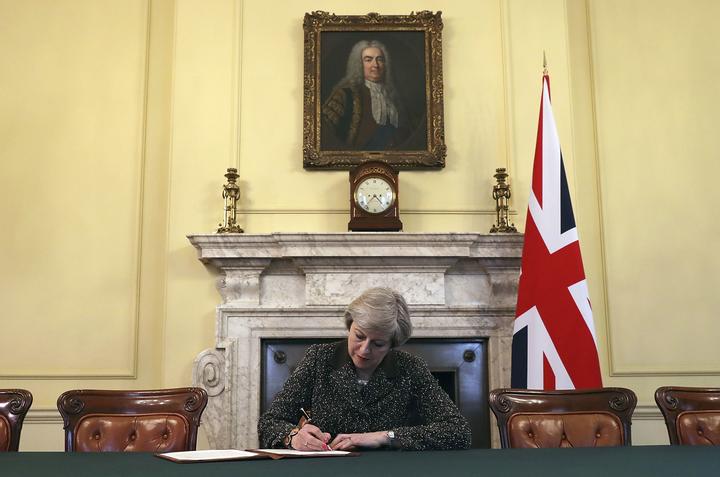 Theresa May will remain as prime minister until a new Coonservative leader is chosen in about six weeks. Photo: AP

Mrs May will remain as acting leader and prime minister for a few weeks while the party picks a successor, who will become the next prime minister.

Conservative lawmakers will hold a secret ballot on Thursday, with any candidates who don't get at least 5 percent dropping out. Further rounds will be held the following week until the field is narrowed to two.

The final two candidates will meet in a runoff that will be decided in a mail-in vote by the country's approximately 160,000 Conservative Party members. The winner will be announced the week of 22 July.

So far, 11 Conservative lawmakers are running to replace Mrs May, vowing to succeed where she failed and renegotiate Britain's deal to pull out of the EU.

No appetite for new negotiations among EU members

There's just one problem: The EU says that's not going to happen. "There will be no renegotiation," European Commission President Jean-Claude Juncker said - not for the first time - last week.

Mrs May, 62, has seen her three years atop party and country defined, and ultimately destroyed, by Brexit.

The Oxford-educated daughter of a rural vicar, she was picked as party leader in July 2016, weeks after Britain voted 52 percent to 48 percent to leave the EU and her predecessor, David Cameron, resigned.

After many months of negotiations, the 27 other EU nations finally agreed late last year to a detailed withdrawal plan with Mrs May's government.

But in one humiliation after another for Mrs May, the plan has been rejected three times by Parliament, doomed by both lawmakers who wanted more of a clean break and those who wanted a softer Brexit that kept close economic ties to the bloc.

With British politicians deadlocked, departure day was postponed from 29 March 29 to 31 October, and many of Mrs May's Conservative colleagues decided she and her plan had to go.

The impasse has transformed the UK's political map. Mrs May's Conservatives and the main opposition Labour Party are both fractured over how to leave the EU. 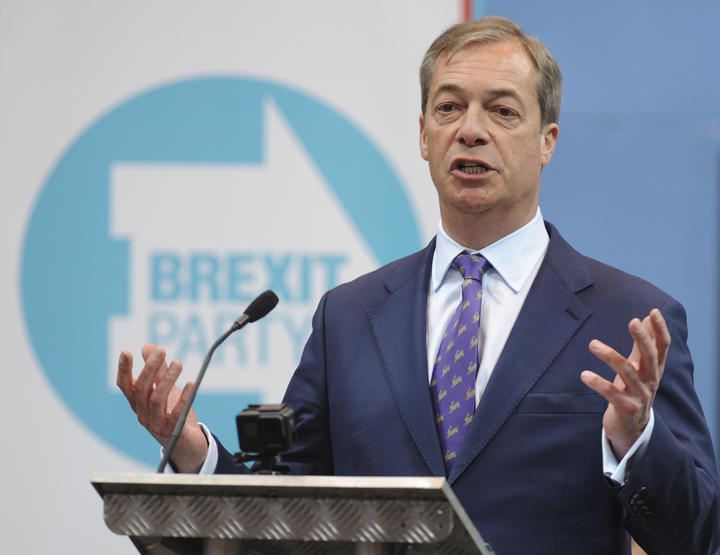 Nigel Farage has created a new political party to capitalise on British voters' anger over the Brexit impasse. Photo: AP

Frustrated and angry voters are turning away from the big parties to the upstart Brexit Party led by Nigel Farage and - on the other side of the European divide - the Liberal Democrats and Greens, who want Britain to remain in the EU.

Mr Farage's Brexit Party came close to winning its first seat in Parliament on Friday, narrowly losing to Labour in a by-election in Peterborough. Labour's share of the vote fell sharply from the last election in 2017, and the Conservatives came in third.

Despite the loss, Mr Farage said the result showed that British politics has "fundamentally changed," with the stranglehold of Conservative and Labour now broken.

The bookmakers' favourite to replace Mrs May as prime minister, tousle-haired Brexit champion Boris Johnson, has warned that the Conservatives face "extinction" if Britain doesn't leave the EU on 31 October.

Mr Johnson is one of several contenders - including Environment Secretary Michael Gove, Foreign Secretary Jeremy Hunt and Health Secretary Matt Hancock - promising to go back to Brussels and make changes to the Brexit deal.

"I believe that European leaders want to find a way through this," Mr Gove wrote in the Daily Mail.

But the chances that the other EU countries will consider reopening the legally binding agreement appear slim at best. Even as the Brexit saga has dragged on and the pressure of a potentially disastrous "no-deal" Brexit mounted, no European leader has publicly shown an appetite for renegotiating any part of the 585-page text.

Hard-core Brexiteers in the British leadership contest say they would rather take Britain out of the bloc with no deal than countenance a further delay.

That message resonates with many Conservative members, who are much more pro-Brexit than the British population as a whole.

But most economists and businesses say a no-deal Brexit would cause economic turmoil, imposing obstacles overnight between the U.K. and the EU, its biggest trading partner.