The race to become the next Conservative Party leader has begun, following Theresa May's announcement that she will step down next month. 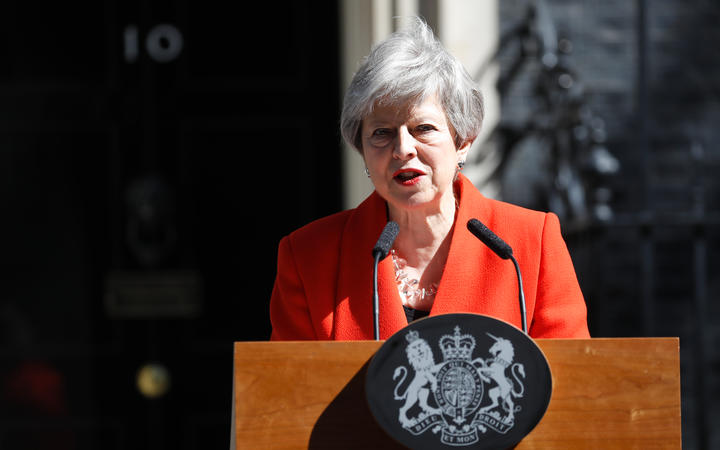 The contest will not only result in a new party leader, but also in the next prime minister of the UK.

Party bosses expect a new leader to be chosen by the end of July.

Mrs May confirmed on Friday that she will resign as party leader on 7 June, but will continue as PM while the leadership contest takes place.

She agreed with chairman of the Tory backbench 1922 Committee, Sir Graham Brady, that the process to choose a new leader should begin the week after she stands down.

Four candidates have confirmed their intention to stand:

However, more than a dozen more are believed to be seriously considering running - including Sir Graham, who has resigned as chair of the 1922 Committee.

Work and Pensions Secretary Amber Rudd has ruled herself out, telling the Daily Telegraph: "I don't think it is my time at the moment."

She also hinted that she could work with Mr Johnson in the future, saying: "I have worked with him before... we were able to work together."

On Friday, Environment Secretary Michael Gove - another possible candidate - declined to say whether he would stand, saying it was "the prime minister's day".

Most bookmakers have Mr Johnson as favourite, in front of former Brexit Secretary Dominic Raab and Mr Gove. 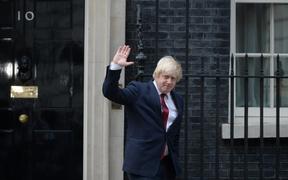 Tory MPs have until the week commencing 10 June to put their name forward, and any of them can stand - as long as they have the backing of two parliamentary colleagues.

The candidates will be whittled down until two remain, and in July all party members will vote to decide on the winner.

The Conservative Party had 124,000 members, as of March last year. The last leader elected by the membership was David Cameron in 2005, as Theresa May was unopposed in 2016.

It will be the first time Conservative members have directly elected a prime minister, as opposed to a leader of the opposition.

Announcing her departure in Downing Street, Mrs May urged her successor to "seek a way forward that honours the result of the referendum".

"To succeed, he or she will have to find consensus in Parliament where I have not," she said.

"Such a consensus can only be reached if those on all sides of the debate are willing to compromise."

Mr Johnson told an economic conference in Switzerland on Friday that a new leader would have "the opportunity to do things differently".

Outlining his Brexit position, he told the conference: "We will leave the EU on 31 October, deal or no deal. The way to get a good deal is to prepare for a no deal."