Dozens of crew members have been rescued after abandoning two oil tankers reportedly hit by explosions in the Gulf of Oman. 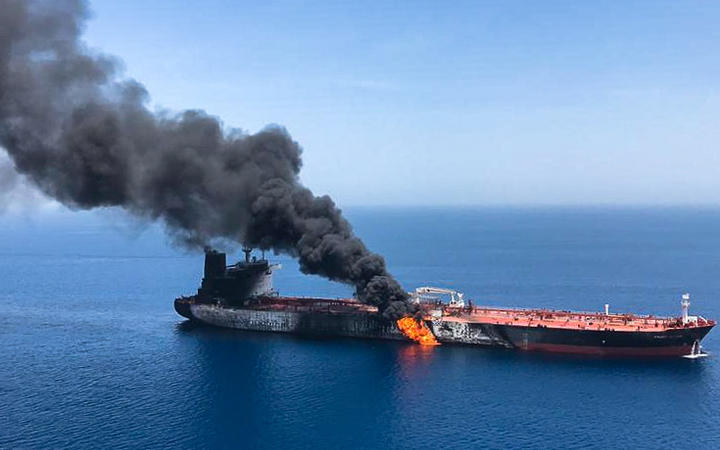 Iran said it had rescued the 21 crew members on board the Japanese-owned Kokuka Courageous and the 23 on the Front Altair, owned by Norway.

The US disputed this, saying its Navy had rescued some of those aboard.

It is unclear what caused the blasts which came amid heightened tensions between Iran and the US.

A senior Iranian official told the BBC: "Iran has no connection with the incident."

"Somebody is trying to destabilise relations between Iran and the international community," the official added.

The incident in one of the world's busiest oil routes comes a month after four oil tankers were attacked off the United Arab Emirates.No group or country has claimed responsibility for that incident, which also caused no casualties.

At the time UAE blamed an unnamed "state actor" for those attacks, which involved naval mines. The US said Iran was behind the attacks, an accusation Tehran denied.

Oil prices jumped as much as 4 percent after Thursday's incident.

The Gulf of Oman lies at one end of the strategic Strait of Hormuz - a vital shipping lane through which hundreds of millions of dollars of oil pass. 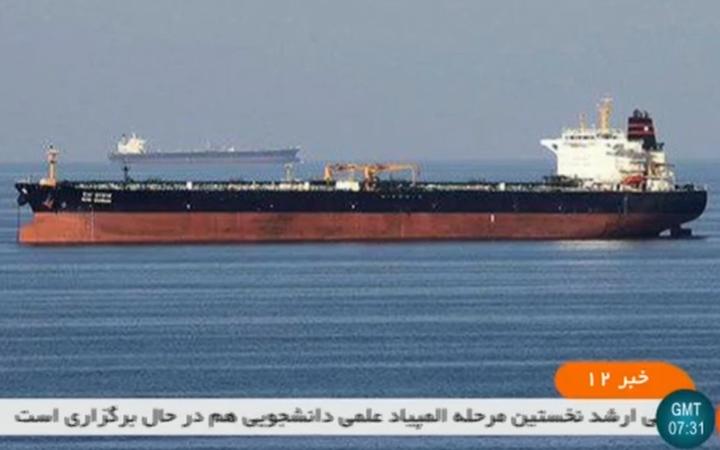 A picture obtained by news agency AFP from Iranian State TV reportedly shows the two tankers involved in an incident off the coast of Oman. Photo: AFP / HO / IRINN

The cause has not been confirmed.

The Front Altair had been "attacked", the Norwegian Maritime Authority said, leading to three explosions on board.

Wu I-fang, a spokesman for Taiwan's CPC Corp oil refiner, which chartered the Front Altair, said it was carrying 75,000 tonnes of naphtha and was "suspected of being hit by a torpedo", although this has not been confirmed.

Other unverified reports suggested a mine attack.

The ship's owner, Frontline, said the vessel was on fire - but denied reports in Iran media it had sunk.

The operator of the Kokuka Courageous, BSM Ship Management, said its crew abandoned ship and were rescued by a passing vessel.

The tanker was carrying methanol and was not in danger of sinking, a spokesman said.

It is currently located about 130km from Fujairah in the UAE and 16 miles from Iran. The cargo remains intact.

Iranian state media said Iran had rescued the crew members and they had been taken to the port of Jask.

The US 5th Fleet, based in Bahrain, said it had sent the USS Bainbridge to assist.

Spokesman Josh Frey said in a statement: "US naval forces in the region received two separate distress calls at 06:12 local time (03:12 GMT) and a second one at 07:00."

CNN quoted a defence official as saying some mariners were transferred from a tug to the Bainbridge and then taken to Oman.

In 2018, the US pulled out of the landmark nuclear deal reached in 2015 that was imed at curbing Iran's nuclear activities.

The move was strongly criticised by a number of countries, including America's closest allies.

In May, President Donald Trump tightened US sanctions on Iran - mainly targeting its oil sector.

Iran then announced it was suspending some commitments under the nuclear deal.

In recent months the US has strengthened its forces in the Gulf - saying there was a danger of Iranian attacks.

It has sent an aircraft carrier strike group and B-52 bombers to the region.

In response, Iran has accused the US of aggressive behaviour.

Those tensions rose markedly after the 12 May limpet mine attacks in the UAE.

The US said that actor was Iran, an accusation Tehran has denied.