The United States is sending a Patriot air defence missile system and a warship to the Middle East amid escalating tensions with Iran. 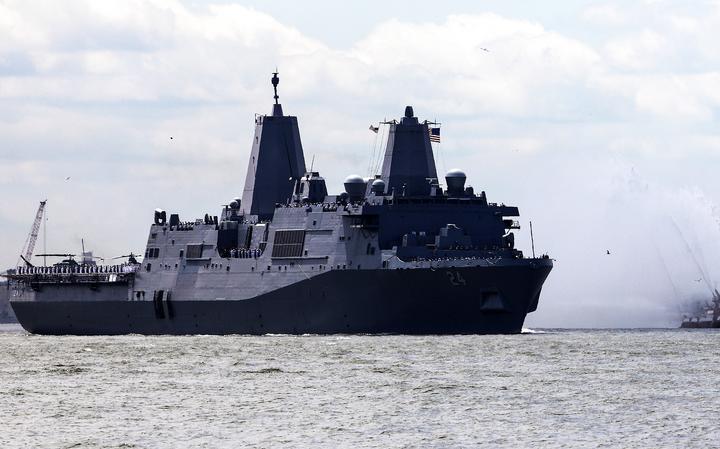 The USS Arlington, which transports amphibious vehicles and aircraft, would join the USS Abraham Lincoln strike group in the Gulf, officials said.

US B-52 bombers had also arrived at a base in Qatar, the Pentagon said.

It said the moves were a response to threats of possible operations against US forces in the region by Iran.

The US has given little information about the exact nature of the reported threat, which Iran has dismissed as nonsense, describing the deployments as "psychological warfare" aimed at intimidating the country.

Iran's semi-official Isna news agency quoted a senior Iranian cleric, Yousef Tabatabai-Nejad, as saying the US military fleet could be "destroyed with one missile".

The Pentagon said the US did not seek conflict with Iran, but Washington was "ready to defend US forces and interests in the region".

"The Department of Defense continues to closely monitor the activities of the Iranian regime," it said in a statement.

It added that the Patriot system - which it said could counter ballistic missiles, cruise missiles and advanced aircraft - was also being deployed in the event of any possible attack.

Officials told US media the USS Arlington had already been scheduled to go to the region, but its deployment was brought forward to provide enhanced command and control capabilities.

US National Security Adviser John Bolton said the military deployments would "send a clear and unmistakeable message" to the Iranian regime that any attack on US interests in the region "will be met with unrelenting force".

The USS Abraham Lincoln passed through the Suez Canal this week, US Central Command said.

The BBC's defence and diplomatic correspondent, Jonathan Marcus, said while it was not unusual for an aircraft carrier and its battle group to be sent to the Gulf, the move will spark fears that a possible conflict could erupt either by accident or by design.

What's the state of US-Iran relations?

Last year, US President Donald Trump unilaterally withdrew from a landmark nuclear deal America and other nations had agreed with Iran in 2015.

Under the accord, Iran had agreed to limit its sensitive nuclear activities and allow in international inspectors in return for sanctions relief.

The US also blacklisted Iran's elite Revolutionary Guard Corps, designating it as a foreign terrorist group.

The Trump administration hopes to compel Iran to negotiate a "new deal" that would cover not only its nuclear activities, but also its ballistic missile programme and what officials called its "malign behaviour" across the Middle East.

The sanctions have led to a sharp downturn in Iran's economy, pushing the value of its currency to record lows, driving away foreign investors, and triggering protests.

Iran has repeatedly threatened to retaliate against the US measures by blocking the Strait of Hormuz - though which about a fifth of all oil consumed globally passes.

Earlier this week, Iran announced that it had suspended two commitments under the 2015 accord in response to the economic sanctions the US had reimposed.

It also threatened to step up uranium enrichment if it was not shielded from the sanctions' effects within 60 days.

European powers said they remained committed to the Iran nuclear deal but they "reject any ultimatums" from Tehran to prevent its collapse.