A former US Air Force counterintelligence specialist who defected to Iran has been charged with revealing classified information to the Tehran government, including the code name and secret mission of a Pentagon programme. 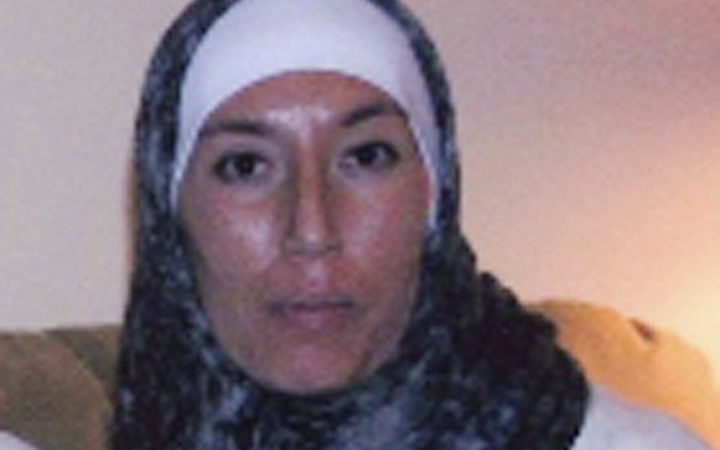 The Justice Department said Monica Elfriede Witt, 39, defected in 2013 after attending a conference in Iran aimed at "condemning American moral standards." She is currently at large, along with four Iranian hackers who, prosecutors say, used the information she provided to target her former colleagues in the U.S. intelligence community.

The four Iranians were acting on behalf of the government-linked Iranian Revolutionary Guard, prosecutors said. They also remain at large; arrest warrants have been issued for them.

Prosecutors said Ms Witt, who left the Air Force in 2008 and later became a Defense Department contractor, disclosed to Iran the code name and classified mission of a Pentagon special access programme. No further details were immediately released. She also researched private information about colleagues she had worked with and created what the government says were "target packages" for use by the Iranian government.

They declined to say to what extent these disclosures compromised US intelligence operations targeting Iran.

The indictment suggested that Iran had reached out to her at least as far back as 2012. That year, an unidentified person contacted her and remarked that she was well-trained. It said she replied: "Well, I loved the work, and I am endeavouring to put the training I received to good use instead of evil. Thanks for giving me the opportunity," according to the indictment.

Using a typed smiley-face, she later told the same, unnamed person, "If all else fails, I just may go public with a programme and do like Snowden." That's a reference to Edward Snowden, a former NSA contractor who leaked classified US information.

Ms Witt was working as a contractor in 2012 when she was offered an all-expenses-paid invitation to a "Hollywoodism" conference that was sponsored by the Iranian government and that promoted anti-Western propaganda, according to the Justice Department. She returned to the same conference the following year, when she was given housing and computer equipment and began working for the Iranian government

"Our intelligence professionals swear an oath to protect our country, and we trust them to uphold their oath. With good reason," said Assistant Attorney General John Demers, the head of the Justice Department's national security division. "But every great while, one of these trusted people fails us."

Jay Tabb, the FBI's top national security official, said the FBI had warned Ms Witt before her defection that she was a vulnerable target for recruitment by Iranian intelligence but that she had ignored those warnings.