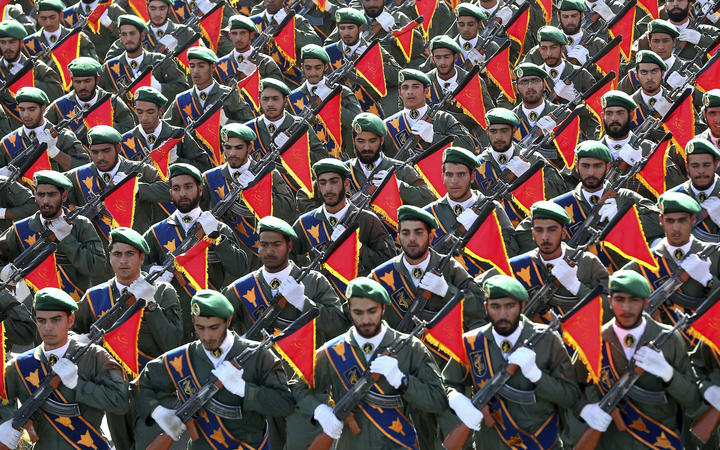 It is the first time the US has labelled another nation's military as a terrorist organisation.

Iran retaliated by declaring US forces in the Middle East as a terrorist organisation, Iran state news reported.

Washington-Tehran tensions have risen since Mr Trump withdrew the US from the international Iran nuclear pact.

Labelling the guards as a terrorist organisation will allow the US to impose further sanctions - particularly affecting the business sector, given the IRGC's involvement in Iran's economy.

A number of IRGC and affiliated entities have already been targeted by US sanctions for alleged proliferation activities, support for terrorism and human rights abuses.

Mr Trump's statement on Monday said: "This unprecedented step, led by the Department of State, recognises the reality that Iran is not only a State Sponsor of Terrorism, but that the IRGC actively participates in, finances, and promotes terrorism as a tool of statecraft."

The president added that the move was meant to "significantly expand the scope and scale" of pressure on Iran.

"If you are doing business with the IRGC, you will be bankrolling terrorism," Mr Trump said.

The measure will take effect in one week's time, according to the State Department. 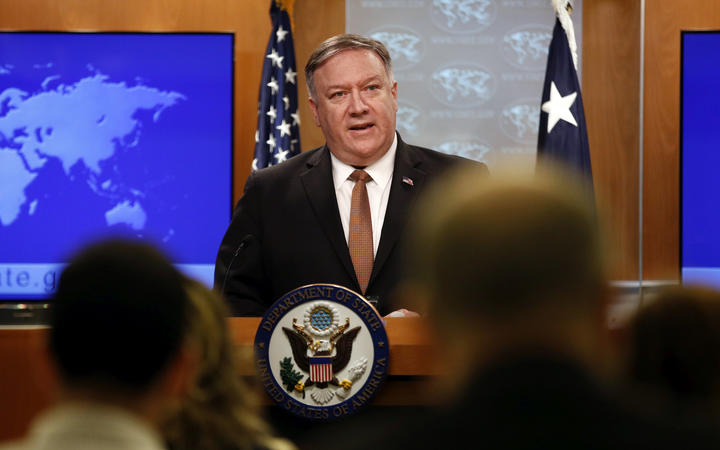 US Secretary of State Mike Pompeo and National Security Adviser John Bolton, both Iran hawks, championed the decision, but not all US officials were so supportive.

Mr Pompeo told reporters yesterday the US would continue to sanction and pressure Iran to "behave like a normal nation" and urged America's allies to take similar action.

"The leaders of Iran are not revolutionaries and people deserve better," Mr Pompeo said. "They are opportunists."

In a later tweet, he added: "We must help the people of Iran get back their freedom."

Mr Bolton said labelling the IRGC as terrorists was "the rightful designation".

Military officials cautioned the designation could incite violence against US forces in the Middle East without severely impacting Iran's economy.

The Central Intelligence Agency had also reportedly opposed the move.

Centcom is the Pentagon wing that oversees Washington's security interests across the central area of the world map, most notably Afghanistan, Iraq, Iran, Pakistan and Syria.

The Islamic Republic had warned it would retaliate in kind last week, after reports of the Trump administration plan first surfaced.

"We will answer any action taken against this force with a reciprocal action," a statement issued by 255 out of the 290 Iranian MPs said, according to the state-run IRNA news agency.

But Israeli Prime Minister Benjamin Netanyahu, who is battling for political survival in Tuesday's elections, cheered the US move.

Thank you, President @realDonaldTrump for your decision to designate the Islamic revolutionary guards as a terrorist organization.
Once again you are keeping the world safe from Iran aggression and terrorism.

What is the IRGC? 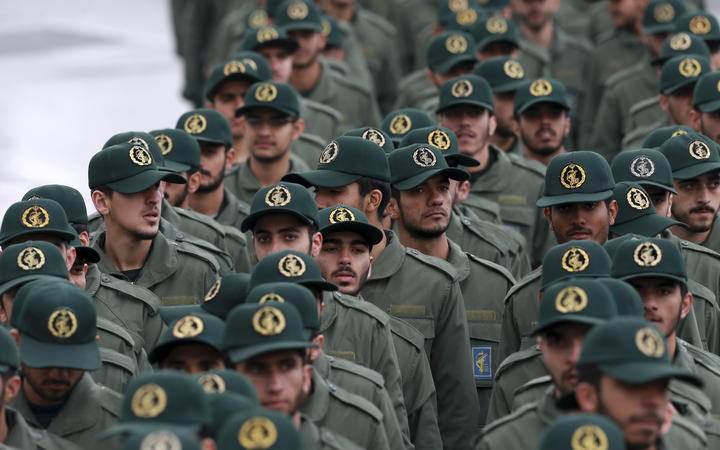 Iran's most elite military unit, the IRGC was set up shortly after the 1979 Iranian revolution to defend the country's Islamic system, and to provide a counterweight to the regular armed forces.

It has since become a major military, political and economic force in Iran, with close ties to the Supreme Leader, Ayatollah Ali Khamenei, and many other senior figures hailing from its ranks.

The IRGC is estimated to have more than 150,000 active personnel, boasts its own ground forces, navy and air force, and oversees Iran's strategic weapons, including its ballistic missiles.

The IRGC exerts influence elsewhere in the Middle East by providing money, weapons, technology, training and advice to allied governments and armed groups through its shadowy overseas operations arm, the Quds (Jerusalem) Force.