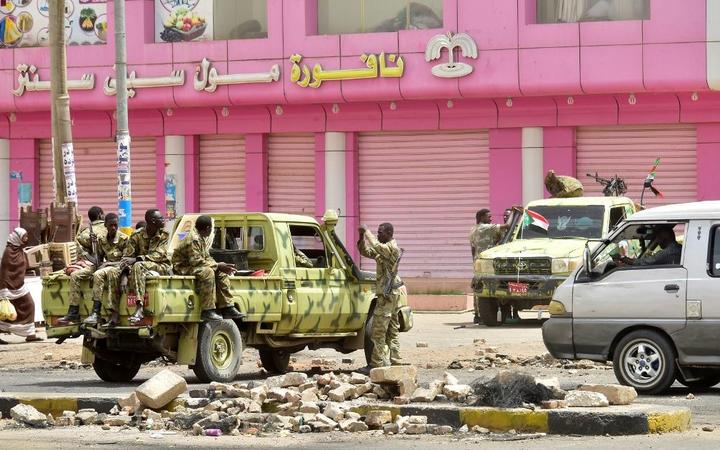 Four people have been killed on the first day of a strike, according to doctors aligned to the opposition.

Campaigners have called for ongoing civil disobedience from Sunday to make it as difficult as possible for the military to govern Sudan.

It comes days after a military crackdown left dozens dead.

A number of Sudan's bank, airport and electricity workers were arrested ahead of the strike against the military rule, the main protest group said.

The Sudanese Professionals Association (SPA) said employees were also being threatened by the authorities to scare them into going to work instead of taking part in the nationwide strike.

The ruling Transitional Military Council (TMC) has made no comment.

The military took over Sudan after persistent protests led to the ousting of long-time President Omar al-Bashir in April. They promised a transition to civilian rule.

But pro-democracy campaigners say the military council cannot be trusted after last Monday's crackdown against a sit-in demonstration in Khartoum - and they have rejected an offer of talks.

In a separate development, three opposition figures involved in mediation efforts have been arrested.

Groups of young men have set up barricades in roads as part of the civil disobedience campaign. Most offices and businesses remain shut and traffic is light in the city, says the BBC's reporter in the Sudanese capital.

There have been reports of gunfire as security forces maintain their deployments across most parts of the city. 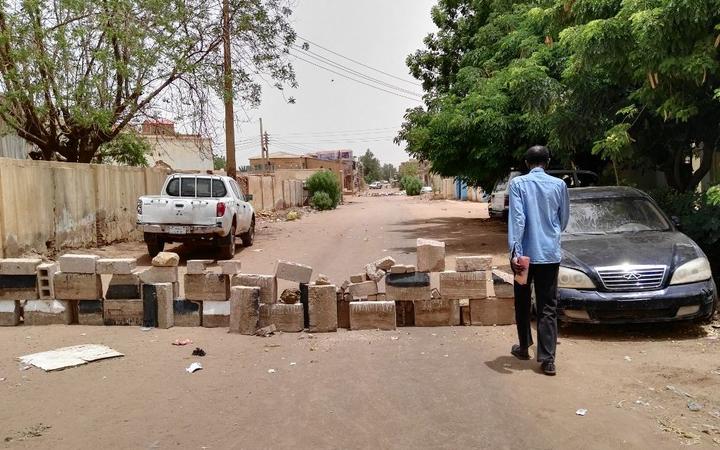 A Sudanese man walks towards a brick barricade to block a street for cars in Khartoum's twin city Omdurman on the first day of a civil disobedience campaign across Sudan. Photo: AFP

Protest leaders have asked people to stay at home. They say that demonstrations are no longer possible because of the violent crackdown by the military.

"The civil disobedience movement will begin Sunday and end only when a civilian government announces itself in power on state television," the SPA said in a statement.

"Disobedience is a peaceful act capable of bringing to its knees the most powerful weapons arsenal in the world."

Meanwhile, Ismail Jalab, a leader of the rebel SPLM-N group, and his spokesman Mubarak Ardol were arrested early on Saturday.

Their whereabouts are currently unknown, and analysts say the arrests suggest that Ethiopian mediation efforts have not been taken seriously by the military.

On Wednesday, the SPLM-N said its deputy head, Yasir Arman, was arrested at his house in Khartoum. He had returned from exile following the downfall of Mr Bashir.

Mr Esmat and Mr Jalab are both leading members of the Alliance for Freedom and Change, an umbrella organisation of opposition figures, protest leaders and rebel groups.

The TMC seems emboldened by the political and financial support it has received from Saudi Arabia, the United Arab Emirates and Egypt, none of which are keen on fully fledged democracy, says BBC World Service Africa editor Mary Harper.

Opposition activists say a feared paramilitary unit, the Rapid Support Forces (RSF), killed 108 people in the crackdown, with at least 40 bodies pulled from the River Nile in Khartoum on Tuesday.

The Sudanese authorities however, put the figure at 46. The leader of the RSF said rogue elements and drug dealers were behind the violence.

The RSF, formerly known as the Janjaweed militia, gained notoriety for brutal atrocities in the Darfur conflict in western Sudan in 2003.

Khartoum residents have told the BBC that they are living in fear in the capital.

A number of women arrested by the RSF said they were repeatedly beaten with sticks and threatened with execution. They said RSF troops had told them to run for their lives, then opened fire. Other victims, they said, were forced to drink sewage water and urinated on.

On Thursday the African Union suspended Sudan's membership "with immediate effect" and warned of further action if power was not transferred to a civilian authority.