A Sudanese official has denied that at least 100 people were killed by a paramilitary unit during protests, saying that the number was at most 46. 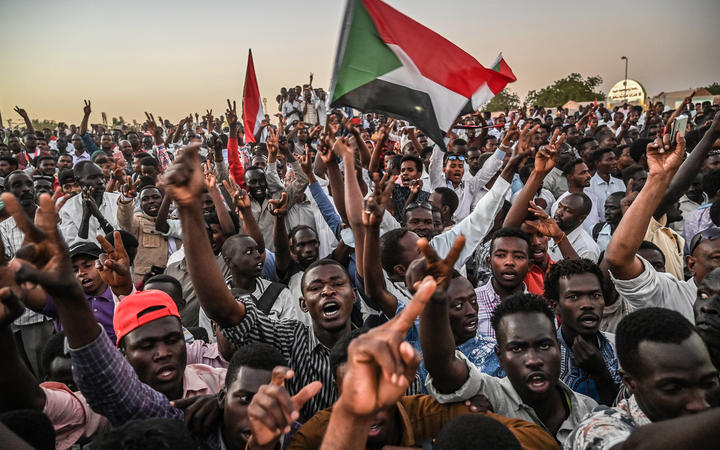 Sudanese protesters gather as they shout slogans and wawe national flags during a protest outside the army headquarters in the capital Khartoum in April. Photo: OZAN KOSE / AFP

Doctors linked to the opposition said on Wednesday that at least 100 people had been killed in the capital, Khartoum, amid pro-democracy protests.

They said 40 bodies were pulled from the River Nile in Khartoum on Tuesday.

Authorities had initially stayed quiet, but a health ministry official put the number at 46 early on Thursday.

Sudanese opposition activists have rejected an offer of talks from the country's military council, saying it cannot be trusted amid a violent crackdown on protesters.

Residents told the BBC they were living in fear in the capital.

The deputy head of the military council defended the violent suppression, claiming that the protesters had been infiltrated by rogue elements and drug dealers.

"We will not allow chaos and we will not go back on our convictions. There is no way back. We must impose the respect of the country by law," said Mohammed Hamadan - also known as Hemedti - on Wednesday.

Formerly known as the Janjaweed militia, the RSF gained notoriety for brutal atrocities in the Darfur conflict in western Sudan in 2003.

What was the lead-up to the latest violence? 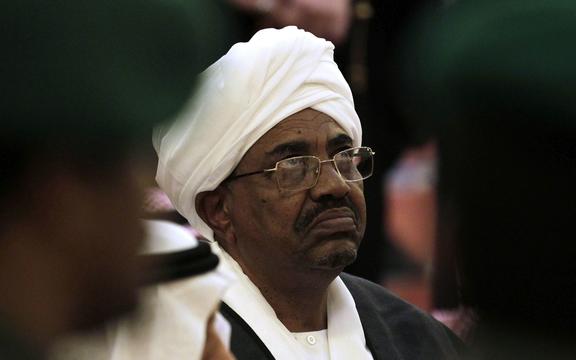 Sudan has been controlled by a military council] since pro-democracy protests led to the ousting of veteran President Omar al-Bashir in April, after 30 years of authoritarian rule.

Demonstrators had been occupying the square in front of the military headquarters while their representatives negotiated with the military council and agreed a three-year transition that would culminate in elections.

But on Monday, security forces swept in and opened fire on unarmed protesters in the square. General Abdel Fattah al-Burhan, the head of the military council, announced the agreement was cancelled and an election would take place within nine months.

On Wednesday, however, after Saudi Arabia publicly called for a resumption of talks, Gen Burhan reversed course and said the military council would "open our arms to negotiate with no restriction".

The offer was rejected by the opposition.

"The Sudanese people are not open for talks," said Amjad Farid, a spokesperson for the Sudanese Professionals Association (SPA) which spearheaded the protests against Mr Bashir.

"The Sudanese people are not open to this TMC (Transitional Military Council) that kills people and we need justice and accountability before talks about any political process," Mr Farid told the AFP news agency.

What have residents been saying?

The Central Committee of Sudanese Doctors - an opposition linked group - said on Wednesday that 40 bodies had been recovered from the River Nile.

An official from the group told the BBC that they had witnessed and verified the bodies in hospitals and that the death toll now stood at at least 100.

A former security officer quoted by Yousra Elbagir, a journalist with the UK's Channel 4, said that some of those thrown into the Nile had been beaten or shot to death and others hacked to death with machetes.

"It was a massacre," the unnamed source said.

Much of Khartoum was under lockdown in the wake of the killings. Witnesses told the BBC that protesters had retreated to residential areas, where they were building barricades and burning tyres.

"We have reached the point where we can't even step out of our homes because we are scared to be beaten or to be shot by the security forces," one Khartoum resident said, asking not to be named.

Another resident said he was pulled from his car by members of the RSF and beaten on his head and back.

A pharmacist who spoke to the BBC from Khartoum said RSF troops were shutting down hospitals to prevent civilians receiving treatment.

"They kicked us out from two hospitals that were giving aid to the injured and the victims of the gunshots," he said. "It's an order from the military council to shut down those hospitals because we were giving aid for the citizens."

A woman, identified only as Sulaima, told the BBC that troops from the Rapid Support Forces were "all over Khartoum".

"They're surrounding neighbourhoods, they're threatening people. They're also using live ammunition. They're everywhere. We're not feeling safe and we don't have trust in the security forces. It's complete chaos."

Large numbers of heavily armed troops were also reported on the streets of Omdurman, Sudan's second-largest city, just across the River Nile from Khartoum.