A large hoard of cash has been found at the home of Sudan's ousted president Omar al-Bashir and he is being investigated for money laundering, prosecutors say. 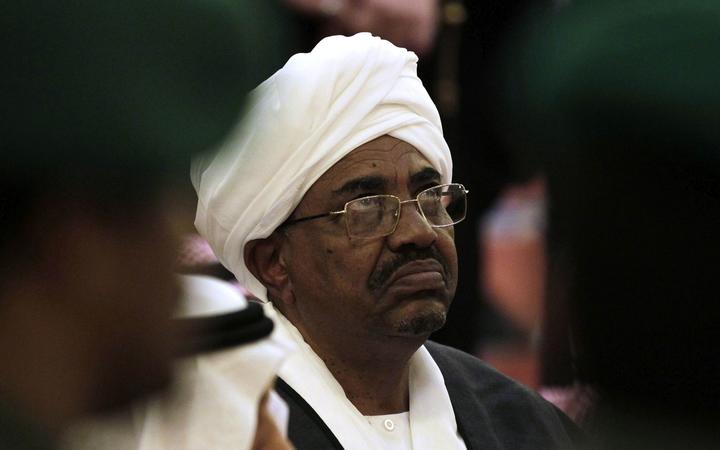 The ex-leader was placed under house arrest after months of protests led to his removal.

Reports say Mr Bashir is now being held at the Kobar high-security prison.

A source in Sudan's judiciary told Reuters news agency that suitcases loaded with the cash were found at Mr Bashir's home. The source also confirmed Mr Bashir was under investigation, telling Reuters prosecutors would "question the former president in Kobar prison".

A picture carried by the Netherlands-based media outlet Radio Dabanga shows men in army uniforms standing over what appears to be several sacks full of cash. The money, which Radio Dabanga says was shown to reporters, was stuffed in bags designed to contain 50kg of grain.

On Saturday, Sudan's attorney general said a new committee would be set up to oversee anti-corruption investigations.

But despite moves to hold Mr Bashir and others to account, Sudan's army does not appear to have the confidence of protesters demanding civilian rule, the BBC's Africa correspondent says.

The Sudanese military toppled Mr Bashir on 11 April but demonstrators, led by The Sudanese Professionals Association, have vowed to stay on the streets until there is a move to civilian rule.

Mr Bashir, who ruled Sudan for almost 30 years, is wanted by the International Criminal Court (ICC) for alleged war crimes in the country's western Darfur region.

Sudan's military, however, said it will not extradite him and will try him in the country instead.

Meanwhile, demonstrators remain camped out at military headquarters in the Sudanese capital, Khartoum. Huge crowds braved scorching heat and fatigue for a 14th day, demanding that the military council hand over the reins of power to a civilian authority. 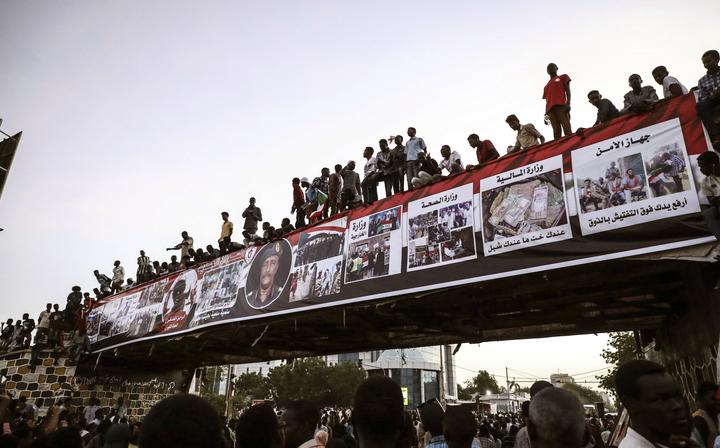 Plans to unveil a civilian body to replace the military council will be announced on Sunday, the SPA said in a statement.

Ahmed Rabi, leader of the SPA, said he and others behind the protest movement met the military council on Saturday. It was the third such meeting between them, with no sign of a breakthrough to end the deadlock.

So far, the SPA has been uncompromising in its demands, fearful of a military-led administration stuffed full of Mr Bashir's allies.

The military council has announced a raft of new measures, including the end of censorship and new heads of the security forces.

The council has arrested former government members and said it will put in place whatever civilian government and whichever prime minister opposition groups agree.

But while the council promised not to remove protesters from their sit-in, it has also called on them to stop unauthorised roadblocks and "let normal life resume".