Two teenagers have been arrested in connection with the murder of Northern Irish journalist Lyra McKee. 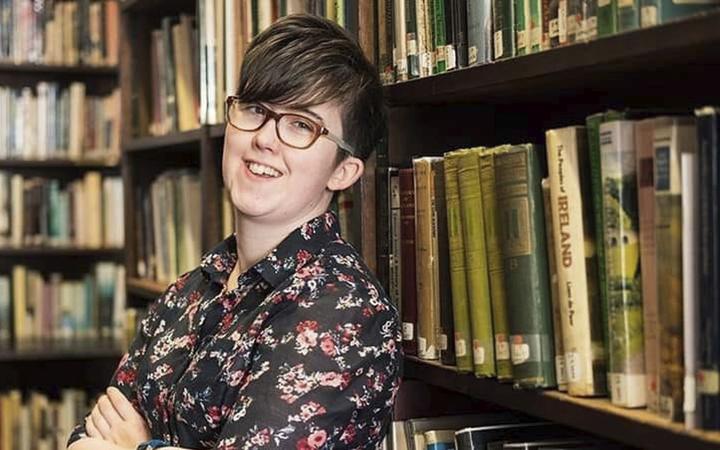 Lyra McKee who has been killed during a riot in Londonderry. Photo: AP

The men, aged 18 and 19, were arrested under the Terrorism Act.

They have been taken to Musgrave police station in Belfast.

Ms McKee, 29, was struck by a bullet as she was observing rioting in Northern Ireland on Thursday night.

She was shot in Londonderry's Creggan estate.

The Police Service of Northern Ireland (PSNI) said a gunman fired shots towards police officers at about 23:00 BST on Thursday.

Ms McKee was standing near a police 4x4 vehicle when she was wounded.

CCTV captured her final moments in the crowd and mobile phone footage showed the suspected gunman.

In the video, the masked attacker leans from behind cover and appears to fire shots towards police and onlookers.

McKee made her mark as a journalist and writer

A year after moving to Londonderry, Ms McKee wrote about how she looked forward to "better times ahead and saying goodbye to bombs and bullets once and for all".

She was killed shortly afterwards, shot dead by a gunman firing towards police during a riot that underscored the challenges still faced by Northern Ireland, a British province, 21 years after the Good Friday Agreement largely ended decades of deadly sectarian bloodshed. 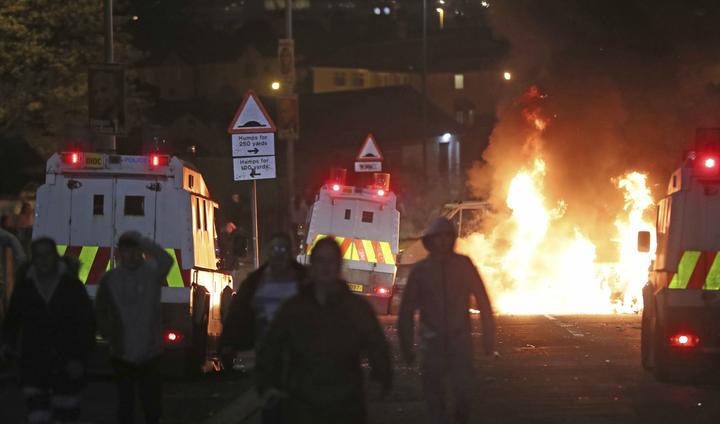 A car burns after petrol bombs were thrown at police in Creggan, Londonderry in Northern Ireland. Photo: AP

Born in Belfast just a few years before the 1998 accord was struck to end the kind of violence that took her life, McKee was remembered in an outpouring of tributes as an intelligent, talented writer who brought a human touch to difficult subjects.

"She was an inspiring thinker and journalist," Irish Deputy Prime Minister Simon Coveney wrote on Twitter.

Sick to my stomach at death of Lyra McKee in Derry. She was an inspiring thinker and journalist. Last night she was killed by a thug terrorizing people in Derry. Anyone with information should contact #PSNI .
In Memory Of Lyra McKee / https://t.co/fvINIjblky via @YouTube

He linked his post to video of a TED talk McKee gave in 2017 encouraging churchgoers and fellow lesbian, gay, bisexual or transgender young people to talk to one another to try and change religious teaching on the subject.

In her tweet in January, she described Londonderry as a beautiful city she had fallen in love with while "falling in love with a woman who hails from it".

Ms McKee wrote and spoke openly about the struggles of growing up gay in a hostile environment. A 2014 blog post - "A Letter To My 14-Year-Old Self" - received much acclaim and was subsequently turned into a short film.

By that stage McKee had already been named Sky News Young Journalist of the Year - an award she won in 2006 - and was named as one of the "30 under 30 in media" by Forbes magazine 10 years later.

She wrote for publications both in Northern Ireland and abroad, including the Independent newspaper, the Atlantic and BuzzFeed News.

A "Good Friday baby", Ms McKee was a journalist of courage, style and integrity, Seamus Dooley, the head of the National Union of Journalists Ireland said.

In 2018 Ms McKee signed a two-book deal with British publisher Faber and Faber. She was writing a book on the disappearance of young people during the British province's three decades of Protestant-Catholic violence that the 1998 deal largely ended.

In a story published by the Mosaic Science website in 2016 that was widely shared on social media on Friday, Ms McKee explored why in Northern Ireland more people took their own lives in the first 16 years after the so-called "Troubles" ended than died during them.

"We were the Good Friday Agreement generation, destined to never witness the horrors of war but to reap the spoils of peace," she wrote. "The spoils just never seemed to reach us."