Two people have died following a St Patrick's Day party at a hotel in Cookstown, County Tyrone in Ireland. 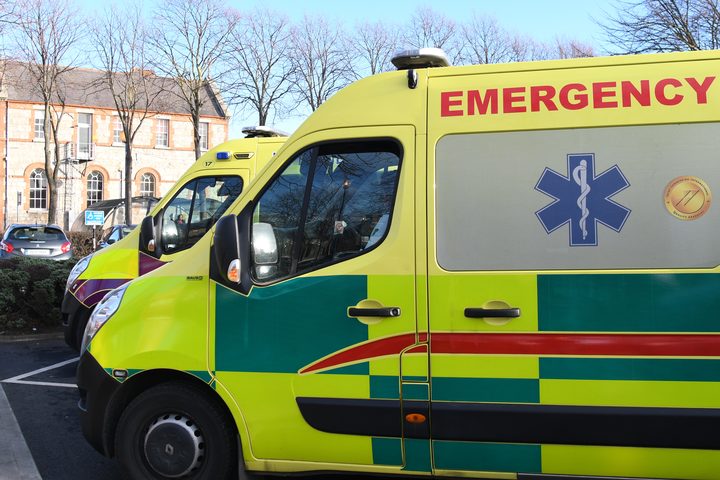 Police said another two people were being treated in hospital - one in a critical condition - following the incident at the Greenvale Hotel.

The hotel was hosting a party for young people to celebrate St Patrick's Day.

Police said that, while the exact circumstances were still unknown, there had been reports of a crush at the scene.

Family members of all four people involved have been informed, the Police Service of Northern Ireland tweeted.

Paramedics, doctors and five emergency crews were dispatched to the venue at around 21:30 GMT.

In a Facebook post at 22:41 GMT, the police asked parents to collect their children from the hotel immediately.

A representative of the nearby Glenavon Hotel said the PSNI borrowed its defibrillator.

Emma Heatherington, of Donaghmore, whose two sons aged 17 and 18 had been at the event, said she "felt sick" when she saw the police appeal.

"My two boys were there so I rang them, shaking, and thankfully got them both," she said.

"They said there was a huge crowd waiting to get into the venue and then a lot of commotion up near the front of the queue, then they said the emergency services arrived and they were all asked to leave.

"They came home very, very shaken with rumours that some people had died."

Democratic Unionist Party leader Arlene Foster tweeted that her "thoughts and prayers" were "with everyone impacted by this tonight".

Speaking from outside the hotel, UUP councillor Trevor Wilson said: "I'm getting conflicting reports from people about what exactly happened, but there's clearly a deep sense of shock here tonight that an event for young people just wanting to celebrate St Patrick's night went so horribly wrong."

Colin Neill, chief executive of Hospitality Ulster, said on Sunday night: "We are monitoring the situation closely and echo the PSNI appeal to parents to make contact with their children and collect them immediately from the venue."