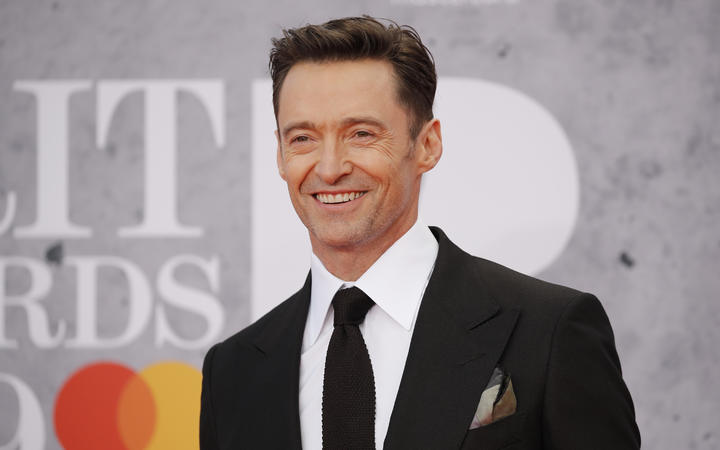 Actor Hugh Jackman says he's moved and proud to be a recipient of the award. Photo: Photo / AFP

Every recipient has made a significant contribution to the community, but all have been shocked at the recognition they have received.

"It doesn't matter who you are, where you are from or whether you're known to millions or just a few," said his Excellency General, the Honourable Sir Peter Cosgrove.

"If you have constantly put others ahead of yourself, served tirelessly and made a difference you can be nominated and recognised by a grateful nation."

This is Sir Cosgrove's last Honours List as Governor-General.

"Over the last five years, it has been the greatest honour and privilege to recognise and celebrate over 80,000 recipients through the Honours and Awards System," he said.

This year the actor has been honoured with a Companion of the Order, which is the highest of four levels of the Order of Australia.

The 50-year-old is currently on a world tour, but said in a statement he was moved and proud to be a recipient of the award.

He has been recognised for eminent service to the performing arts as an acclaimed actor and performer, and to the global community, particularly as an advocate for poverty eradication.

Mr Jackman said: "As the youngest son of parents who made the decision to immigrate to Australia the year before I was born, this honour is especially emotional and humbling to me.

"I am an immensely proud Australian, and am so grateful for the opportunities I have received by being raised there.

"The countless teachers, mentors, institutions who have supported me along the way are immeasurable, and I will always be in my country's debt." 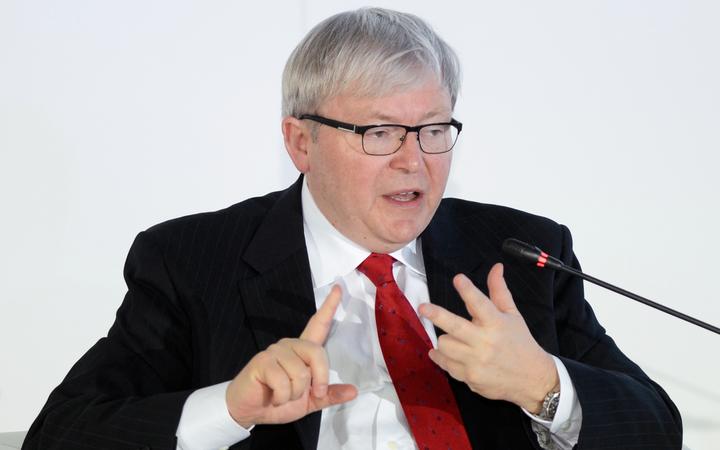 Former Prime Minister Kevin Rudd has been acknowledged in the Queen's Honour List this year with a Companion of the Order of Australia.

It recognises his eminent service to the Australia Parliament, Indigenous reconciliation, economic initiatives, policy reform and his roles as senior advisor to international organisations.

Mr Rudd said he declined the same award a number of years ago as a member of parliament because he wanted to make a wider contribution beyond political life.

"I have sought to do that over the last five years through the Asia Society in promoting understanding of the peoples and cultures of Asia, including China, where so much of our future lies," he said.

He dedicated the award to his Indigenous brothers and sisters.

Ms Buttrose has already been the recipient of an Order of Australia honour, is an Officer of the British Empire and was the 2013 Australian of the Year.

This year she becomes a Companion of the Order for her service to the community through leadership in the media, the arts, the health sector and as a role model.

"It's a very nice feeling to have your career, your work, your contribution in the arts and health recognised in this way," she said.

"It's not something you expect to happen but when it does happen, it's a very nice feeling."

Ms Buttrose began her career as a writer for the Australia Women's Weekly.

She went on to become the first female editor of an Australian newspaper and the first woman to be appointed to the board of News Limited.

Earlier this year she was appointed ABC chair by the Prime Minister Scott Morrison.

"I would never have imagined in my wildest dreams becoming chair of the ABC but now that I'm here it seems like an absolutely perfect fit," Ms Buttrose said.

She has worked as an advocate for Alzheimer's disease, dementia, arthritis, cancers and HIV/AIDS.

"My mother brought us all up, my brothers and I, to give back and it resonated with me," she said.

"I could see there's a pleasure almost, in helping others in doing something in your community, for someone who needs a helping hand."

Li Cunxin is known to most Australians for his autobiography and film Mao's Last Dancer.

Li's incredible life began with being selected as a ballet dancer by the Chinese Communist Party while living in rural China.

He went on to become a principal dancer for the Beijing Dance Academy and he is now vice president of the Australian Royal Academy of Dance and the artistic director of the Queensland Ballet.

"Considering what kind of life I was born into, in the poverty stricken Communist China as a peasant boy, we were struggling to survive - even the basic food was a problem for my family," he said.

"I would never have dreamed to become a dancer let alone have an incredible international career and now being acknowledged in such a wonderful way is I can't even dream really."

In 2014 he was Queensland's Australian of the Year and now he has been awarded an Officer of the Order of Australia for distinguished service to the performing arts.

Peggy O'Neal has been made an Officer of the Order for her distinguished service to Australian rules football, to superannuation and finance law and to the advancement of women in leadership roles.

"I was very surprised and very moved actually to think that someone or people behind the scenes had been working on nominating me," Ms O'Neal said.

Ms O'Neal fell in love with the AFL after seeing her first match when she came to Australia 30 years ago, and she is now the president of the Richmond Football Club.

"Over time I just became one of those typical, mad Richmond supporters and my weekends started to revolve around being sure I got to the match and that's still the way my weekends go now," she said.

Along with her achievements in sports, Ms O'Neal is also a leader in the community and in business sectors serving on multiple boards and committees.

Natasha Stott Despoja has been awarded an Officer of the Order of Australia for distinguished service to the global community as an advocate for gender equality.

Ms Stott Despoja was a director of Beyond Blue, is an ambassador for women and girls and a member of the United Nations High Level Working Group on Health and Human Rights.

She is now the chair of Our Watch, a national foundation working to prevent violence against women and their children.

"I share this honour with many thousands of men and women who work tirelessly day in and day out to keep women and children safe," she said.

She said while gender equality had seen wonderful achievements, equal representation in Australian Parliament was an ongoing fight.

"I really look forward to the day that our difference and our diversity is reflected and represented, especially in our Federal Parliament," she said.

Clare Martin, the former chief minister of the Northern Territory and the only woman to ever hold the position, is being awarded an Officer of the Order of Australia for distinguished service to the people and Legislative Assembly of the NT and as a community advocate.

"Hopefully, at only staring 67 in the eye next week, I still have a lot to contribute," she said.

"I was completely 100 per cent surprised and shocked initially and then just plainly, genuinely chuffed," said the actor of receiving his nomination and recognition.

He has been acknowledged for his service to the performing arts and to charitable organisations.

While he is well known for his many screen roles, he has also made a significant commitment to youth issues.

"Growing up in the western suburbs of Melbourne, young troubled men was just something that I kind of grew up knowing and understanding and being surrounded a bit by," Mr Bana said.

For 15 years he has worked with the Youth Off The Streets organisation.

"I just think the way they go into communities and not only the work they do initially but then the follow up of being able to reintegrate former recipients of their charity into their organisation is really amazing," he said