The Duke and Duchess of Sussex have named their newborn son Archie Harrison Mountbatten-Windsor. 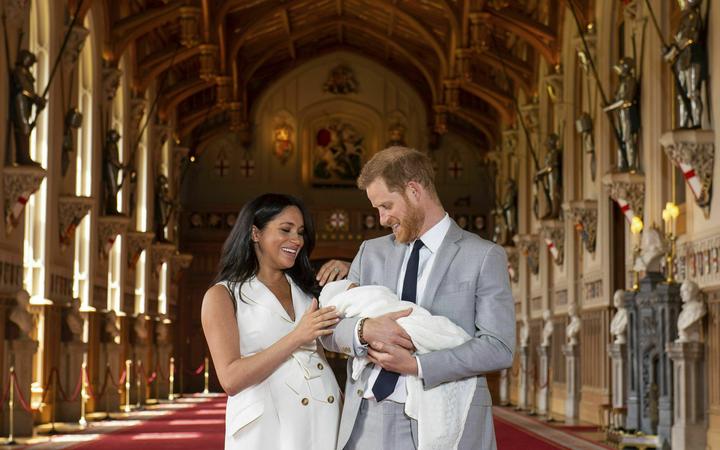 Prince Harry and Meghan, Duchess of Sussex, during a photocall with their newborn son, in St George's Hall at Windsor Castle. Photo: AP

Introducing the child, who was wrapped in a white shawl, Meghan said: "He has the sweetest temperament, he's really calm. He's been the dream."

As they both laughed, Prince Harry said: "I don't know who he gets that from."

The couple confirmed they will introduce the Queen to her eighth and newest great-grandchild later on.

Talking about their first few days as parents, Meghan said: "It's magic, it's pretty amazing. I have the two best guys in the world so I'm really happy."

The duke added: "It's great. Parenting is amazing. It's only been two and a half days, three days, but we're just so thrilled to have our own little bundle of joy." 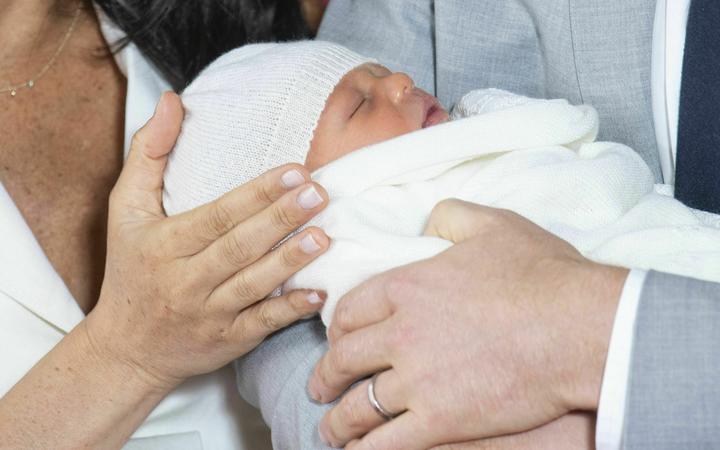 On which parent the baby resembled more, Harry said: "Everyone says that babies change so much over two weeks.

"We're basically monitoring how the changing process happens over this next month really. But his looks are changing every single day, so who knows." 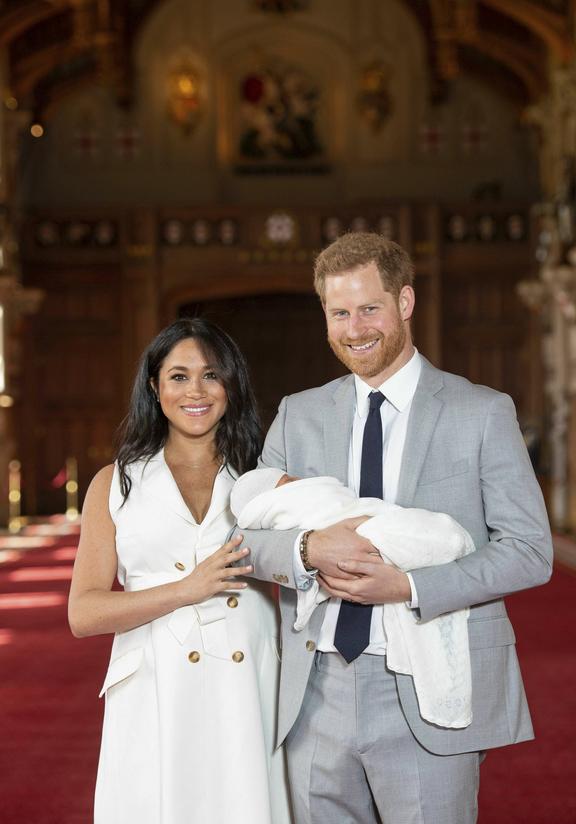 Later, asked to show more of their son's face to the cameras, Meghan laughed as Harry joked: "He's already got a little bit of facial hair as well, wonderful."

Meghan added: "Thank you everybody for all the well-wishes and kindness, it just means so much."

The infant, who is seventh in line to the throne, was delivered at 5:26 BST on Monday, with Harry saying after the birth that he and Meghan were "absolutely thrilled".

The Duke of Cambridge has welcomed his brother to "the sleep deprivation society that is parenting".

Prince William, a father-of-three, said he looked forward to seeing the new parents "when things have quietened down".

The Prince of Wales has also expressed his joy at the birth. During an official visit to Germany with the Duchess of Cornwall, Prince Charles said: "We couldn't be more delighted at the news and we're looking forward to meeting the baby when we return."

A statement added that Meghan's mother, Doria Ragland, was "overjoyed at the arrival of her first grandchild" and was with her daughter at Frogmore Cottage - the new parents' home on the Windsor Estate.