US President Trump says the losses his business made in the eighties and nineties were "for tax purposes". 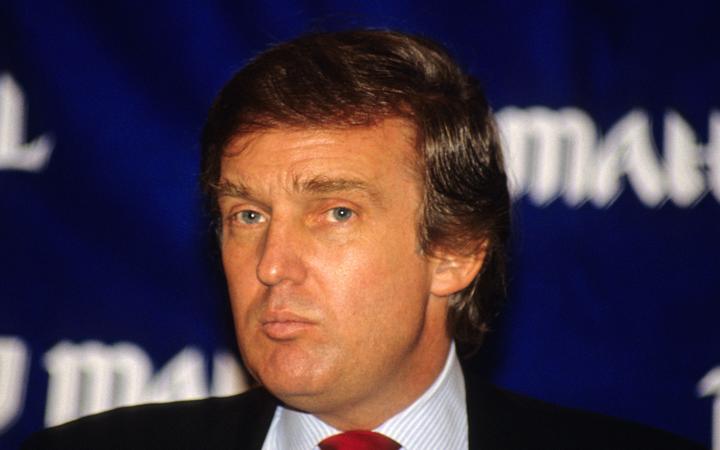 Donald Trump at a news conference in 1989. Photo: AFP

He was tweeting in reply to a New York Times (NYT) article claiming that from 1985-95 he made losses of over $US1bn.

The newspaper said that Mr Trump's property empire from 1985 "continued to lose money every year, totalling $1.17bn in losses for the decade".

Mr Trump tweeted "You always wanted to show losses... and often re-negotiate with banks, it was sport."

....you would get it by building, or even buying. You always wanted to show losses for tax purposes....almost all real estate developers did - and often re-negotiate with banks, it was sport. Additionally, the very old information put out is a highly inaccurate Fake News hit job!

The NYT said that while Mr Trump has always described himself as a successful property tycoon he was for at least a decade during the '80s and '90s making huge losses on his core businesses: largely casinos, hotels and retail space in apartment buildings.

"Year after year, Mr Trump appears to have lost more money than nearly any other individual American taxpayer, The Times found when it compared his results with detailed information the [Internal Revenue Service or IRS] compiles on an annual sampling of high-income earners," the newspaper reported.

"His core business losses in 1990 and 1991 - more than $250m each year - were more than double those of the nearest taxpayers in the IRS information for those years.

"Overall, Mr Trump lost so much money that he was able to avoid paying income taxes for eight of the 10 years."

Apart from calling the NYT story old, inaccurate and "Fake News", Mr Trump claimed that: "Real estate developers in the 1980's & 1990's, more than 30 years ago, were entitled to massive write offs and depreciation which would, if one was actively building, show losses and tax losses in almost all cases.

"Much was non monetary. Sometimes considered 'tax shelter,' you would get it by building, or even buying."

How did the NYT get the information?

The NYT has said it was unable to obtain Mr Trump's tax returns but received the information contained in them from someone who had legal access to it.

The NYT said it "was then able to find matching results in the IRS information on top earners - a publicly available database that each year comprises a one-third sampling of those taxpayers, with identifying details removed."

In October last year, the NYT published an article detailing how Mr Trump had inherited hundreds of millions of dollars from his father's real estate empire through "dubious tax schemes", contradicting the President's claims that "I built what I built myself".