Asia Bibi, a Pakistani Christian woman who spent years on death row after being convicted of blasphemy, has left the country, officials have confirmed. 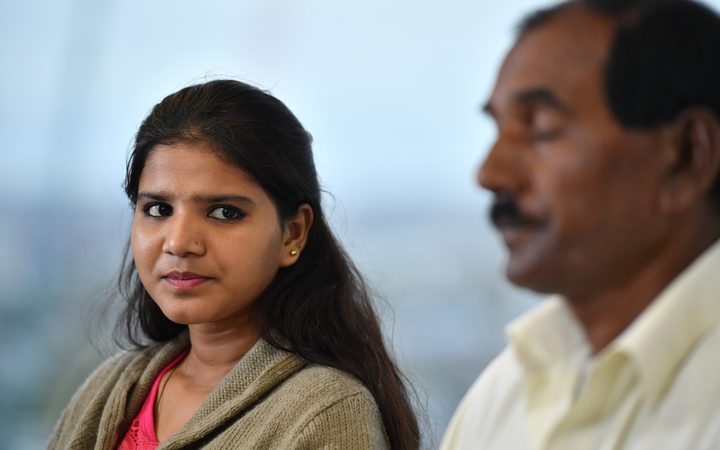 Ashiq Mesih, right, and Eisham Ashiq, the husband and daughter of Asia Bibi. Some of Ms Bibi's family are believed to be living in Canada, whose prime minister has also offered to help Ms Bibi. Photo: AFP

Asia Noreen - commonly known as Asia Bibi - was kept at a secret location while arrangements were made for her to leave the country.

Her conviction was overturned last year by the Supreme Court.

A farm worker and a mother of four, she was originally convicted in 2010 convicted of making derogatory remarks about Islam after neighbours working in the fields with her objected to her drinking water from their glass because she was not Muslim.

She was accused of insulting the Prophet Muhammad.

Her case has outraged Christians worldwide and been a source of division within Pakistan, where two politicians who sought to help her were assassinated, including Punjab province governor Salman Taseer, who was shot by his own bodyguard.

Ms Bibi has always maintained her innocence in a case that has polarised Pakistan.

Her release in October sparked rioting by hardline Islamists, who rejected the Supreme Court's verdict and warned Prime Minister Imran Khan's government that she must not be allowed to leave the country.

They also called for Ms Bibi, who has been staying at an undisclosed location under tight security, to be killed.

It is not clear where she has gone or when she left. Some of her family are reported to be in Canada.

Pakistan's foreign ministry did not respond to requests from Reuters for comment.

In November, Canadian Prime Minister Justin Trudeau said his country was in talks with Pakistan about helping Ms Bibi.