A New York Times journalist says US President Donald Trump's claims about his finances, including calling himself a self-made billionaire are "aggressively misleading". 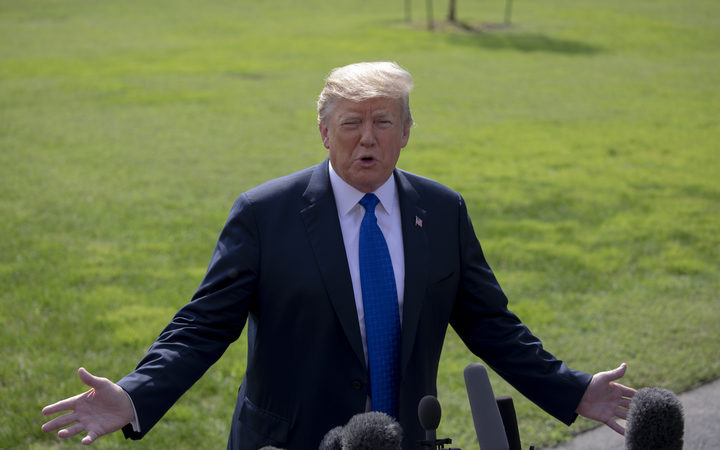 David Barstow worked on the story which broke yesterday in the Times.

The Times reported that its findings were based on more than 200 tax returns from Donald Trump's father - Fred Trump - his companies and various Trump partnerships and trusts.

He said Mr Trump would tell people that real estate was his, when in fact it was owned by his father.

"He simply appropriated his father's empire and acted as if it was his own.

"Now we've got the tax returns to prove that so much of what he was claiming as his, was actually his fathers."

He said those returns "obliterated" Mr Trump's claims of being a self-made billionaire and that Fred Trump was crucial to Donald Trump's success.

"Any time that Donald Trump was embarking on an ambitious new project or was in serious financial difficulty, financial help that he received from his father increased significantly."

"It's really quite impossible to look at Donald Trump without seeing behind him the ultimate silent partner - his father."

Mr Barstow said Mr Trump had been "opaque" about his finances.

"There's a consistency throughout Donald Trump's life of embracing the celebrityhood of being the billionaire, but at the same time he has also been incredibly opaque about his finances - not just opaque but aggressively misleading."

He said the information published in the article could result in fraud charges for Mr Trump.

"In terms of criminal charges, most of what we're describing in terms of actual fraudulent conduct is beyond the statute of limitations.

"There is no statute of limitations for civil fraud cases which can be brought by the government and that could result in extremely steep civil fines.

"Those kinds of cases are quite rare ... it is true though that the New York state tax authority announced yesterday in response to our story they had opened an inquiry."

However, Trump lawyer Charles Harder told the Times: "President Trump had virtually no involvement whatsoever with these matters."

"The affairs were handled by other Trump family members who were not experts themselves and therefore relied entirely upon the aforementioned licensed professionals to ensure full compliance with the law," Mr Harder said.

The White House also pushed back against the findings of the investigation, saying it was "highly defamatory" and "very boring".

On Twitter, Mr Trump said the report was "a very old, boring and often told hit piece on me".

The Failing New York Times did something I have never seen done before. They used the concept of “time value of money” in doing a very old, boring and often told hit piece on me. Added up, this means that 97% of their stories on me are bad. Never recovered from bad election call!

James Gazzale, a spokesman for the New York State Department of Taxation and Finance, said the department "is reviewing the allegations in the New York Times article and is vigourously pursuing all appropriate avenues of investigation."