The ex-deputy of Donald Trump's former campaign manager Paul Manafort has told a court he committed crimes with his former boss and stole from him. 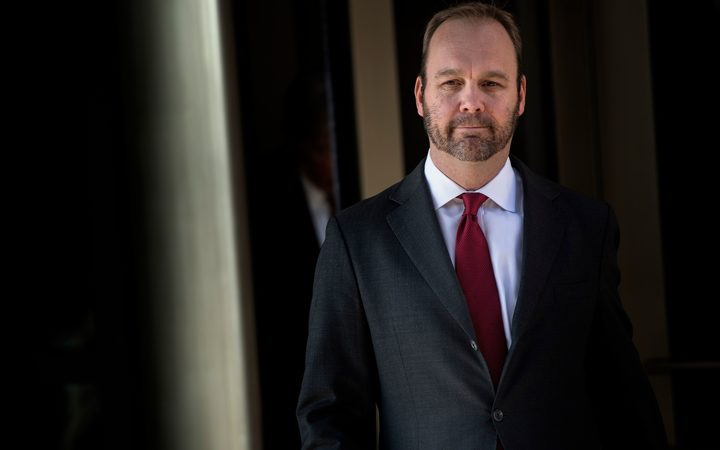 Rick Gates, star prosecution witness in the fraud trial, said the defendant, Mr Manafort, directed most of the crimes.

Both were indicted last October for hiding millions of dollars they made lobbying for Ukrainian politicians.

This is the first criminal trial to come from the Department of Justice-led inquiry into alleged Russian meddling.

President Donald Trump calls the investigation a political "witch hunt", and has argued Mr Manafort is being treated worse than Al Capone.

What did Gates tell the court?

On day five of the trial in Alexandria, Virginia, Gates was asked by the prosecutor whether he had committed any crimes with Mr Manafort, and he said: "Yes."

He testified that Mr Manafort had directed him to lower taxable income by reporting overseas income as loans.

Gates told the jury of six women and six men on Monday that he had been ordered by Mr Manafort not to disclose foreign bank accounts in Cyprus.

The witness also testified he had helped the defendant file false tax returns, concealing 15 foreign accounts from the US government despite knowing it was illegal.

He added that he had stolen "several hundred thousand" dollars from Mr Manafort by submitting false expense reports.

Gates - who served on the 2016 Trump presidential campaign with Mr Manafort - told the court he had stolen from other employers, too. 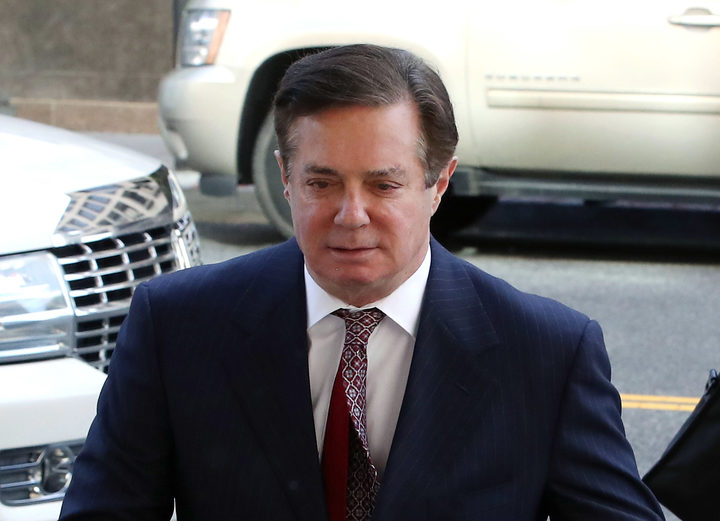 Mr Manafort, 69, could spend the rest of his life in prison if found guilty of all the fraud charges.

Gates, 46, is already facing up to six years in prison under the terms of a plea deal he struck with prosecutors in February when he pleaded guilty to two charges of conspiracy and lying to the FBI.

Originally charged as a co-conspirator, he acknowledged in court on Monday he was co-operating with the prosecution in the hope of leniency.

Special counsel Robert Mueller is investigating whether any Trump aides colluded with an alleged Moscow plot to help elect him as US president, and whether there was any obstruction of justice.

But Mr Manafort is not charged with helping the Kremlin.

Prosecutors say he dodged taxes on millions of dollars he made from his work for a Russia-friendly Ukrainian political party.

Who else has testified?

Accountant Cindy LaPorta - who was granted immunity from prosecution - was asked by prosecutors if she had been aware of a $10m (£7.7m) loan in 2006 from Russian oligarch Oleg Deripaska.

She testified that she was unaware if the loan was categorised for tax purposes as income.

Ms LaPorta told the court on Friday she had suspected Gates was misleading her about Mr Manafort's finances.

But she said she was under the impression that Mr Manafort had been directing his deputies' actions and "knew what was going on".