An accountant for Donald Trump's former election campaign chief Paul Manafort says she helped disguise his foreign income so he could pay less in tax. 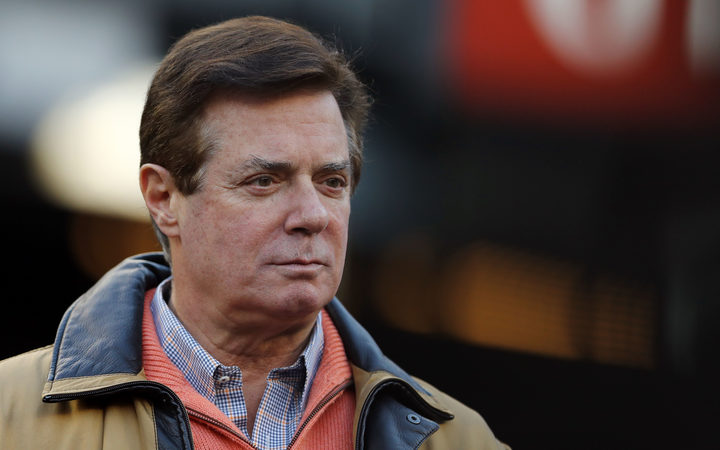 Cindy Laporta told the court in Alexandria, Virginia, she had been told to concoct a $900,000 loan on his tax return in 2015.

The former political consultant has pleaded not guilty to the charges.

Last month, Mr Manafort, who ran the Trump campaign for three months, was accused by prosecutors of using numerous accounts in order to evade tax.

He could face up to 30 years in jail if found guilty.

None of the charges that Mr Manafort faces at trial relate to the investigation into possible collusion in 2016 between Russia and the Trump campaign.

What happened in court on Friday?

Testifying on the fourth day of the trial, Ms Laporta, who has been given immunity in exchange for testifying, said she knew what she did with fabricating the loan was "not appropriate".

"You can't pick and choose what's a loan and what's income," she said. "I very much regret it."

She added that she had agreed to do this under pressure from Mr Manafort's former associate Rick Gates, who had alleged that Mr Manafort did not have the money to pay the full tax.

Mr Manafort's lawyers have previously argued that Mr Gates is the one responsible for the financial charges.

"This is about Mr Manafort placing his trust in the wrong person," defence lawyer Thomas Zehnle said in his opening statement.

However, prosecutors argue that Mr Manafort was closely involved in managing his own finances.

Mr Gates has already pleaded guilty to charges of conspiracy and lying to investigators. He has since been co-operating with the investigation into Mr Manafort.

Before joining Mr Trump's team in summer 2016, Paul Manafort had worked on a number of Republican presidential campaigns, including those of Gerald Ford in the mid-1970s and Ronald Reagan from 1978 to 1980.

As a lobbyist, he developed a reputation for representing the unrepresentable, including former Philippine strongman Ferdinand Marcos, who was accused of torturing, abducting and killing thousands of opponents.

Mr Manafort took over as chairman of the Trump campaign in May 2016 and aimed to present a more thoughtful candidate, who stuck to scripts instead of ad-libbing in campaign rallies.

But Mr Manafort quickly faced allegations that he had not disclosed millions of dollars he received for consultancy work he carried out in Ukraine for its then pro-Russian president.

At the same time, the Republican Party changed the language in its manifesto regarding the conflict in Ukraine, removing anti-Russian sentiment.