Paul Manafort, a former campaign manager for Donald Trump, surrendered to the FBI and another ex-aide pleaded guilty to lying to agents in the most serious steps yet in a federal probe into Russian meddling in the 2016 presidential election. 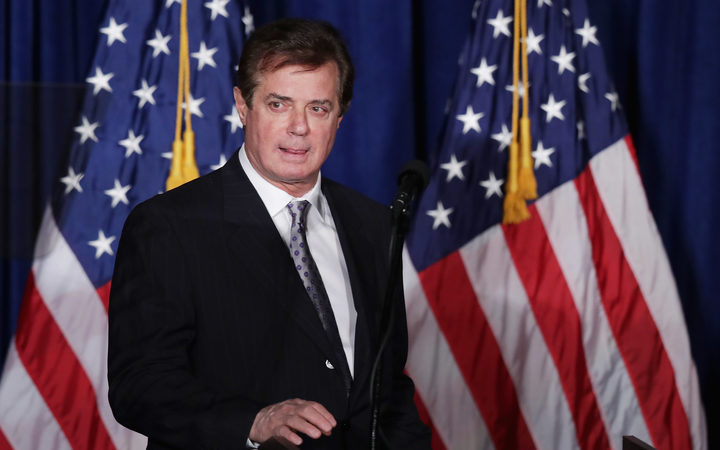 The charges are the first from the investigation by Justice Department special counsel Robert Mueller into alleged Russian interference in last year's campaign to try to tilt the vote in Mr Trump's favour.

Mr Manafort, 68, a longtime Republican operative, ran the Trump campaign from June to August of 2016 before resigning amid reports he might have received millions in illegal payments from a pro-Russian political party in Ukraine.

One of his business associates, Rick Gates, was also indicted.

Both appeared in federal district court in Washington, after turning themselves into authorities, and pleaded not guilty.

The indictment contains counts of conspiracy against the United States, conspiracy to launder money, acting as unregistered agents of Ukraine's government, false and misleading statements and failure to file reports of foreign bank and financial accounts, the federal special counsel said. 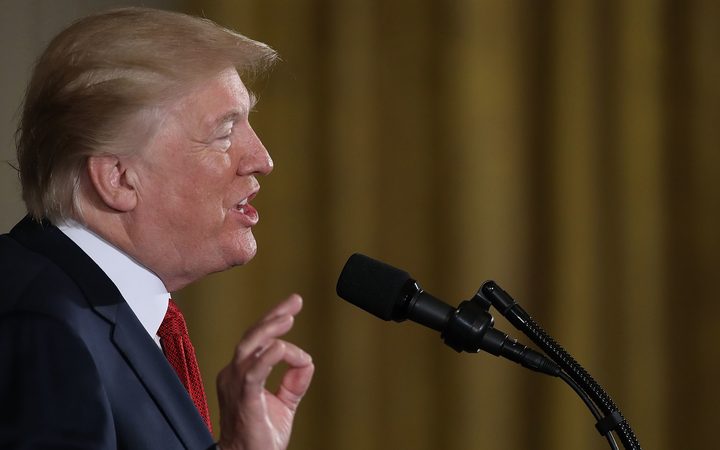 The charges do not relate to Mr Trump's campaign, but to the alleged concealment of payments from the pair's Ukrainian business dealings up to 2016, the BBC reports. The charge of conspiracy to commit money laundering carries a maximum 20-year prison sentence.

The indictment against the two men looks at their links to pro-Russian politicians in Ukraine between 2006 and 2015.

It says they acted as "unregistered agents" of Ukrainian politician Viktor Yanukovych and his party, both in opposition and government. Mr Yanukovych was deposed as president in 2014 amid mass unrest over his pro-Russian policies.

Mr Manafort is accused of having laundered more than $US18m through offshore bank accounts, using it to buy property, goods and services in transactions concealed from the US authorities.

Altogether, at least $75m in payments from Ukraine flowed through the accounts, the indictment says.

Mr Gates is accused of having transferred more than $3m from the offshore accounts to other accounts he controlled.

Responding to news of the charges, Mr Trump tweeted to point out that they did not concern his campaign and asked why "the focus" was not on alleged wrongdoing involving Mrs Clinton instead.

Sorry, but this is years ago, before Paul Manafort was part of the Trump campaign. But why aren't Crooked Hillary & the Dems the focus?????

In a revelation which may turn out to be more significant in the Russia probe, Mr Trump's former foreign policy adviser admitted on 5 October to having impeded the FBI's investigation into alleged collusion with Russia.

George Papadopoulos, an international energy lawyer, was on Mr Trump's advisory team during the 2016 presidential campaign.

An unsealed justice department statement reveals he pleaded guilty this month to having lied to the FBI over when he met go-betweens.

He said he had been told the Russians possessed "dirt" on Hillary Clinton.

According to a justice department statement, Mr Trump's former foreign policy adviser admitted on 5 October to having impeded the FBI's investigation into alleged collusion with Russia.

When he was interviewed by the FBI this January, he falsely claimed that he had met two figures with Russian connections before joining the Trump campaign in March 2016. In fact, he met them after joining the campaign.

One was an unnamed Russian woman who, Mr Papadopoulos believed, had connections to Russian government officials.

He admitted seeking to use her connections in an effort to arrange a meeting "between the Campaign and Russian government officials".

The other person was an unnamed, London-based professor who was said to have "substantial connections to Russian government officials".

The professor only took an interest in Mr Papadopoulos because of his status within the Trump campaign, the statement says.

Russian "dirt" on Mrs Clinton, in the form of "thousands of emails", was allegedly mentioned by the professor at a breakfast meeting in a London hotel on or around 26 April 2016.

The professor said he had been informed about the compromising emails when he met senior Russian government officials on a recent trip to Moscow.

Trump aides have said Mr Papadopoulos played a limited role in the campaign and had no access to Mr Trump, the AP news agency reports.