The FBI has conducted a pre-dawn raid on the Virginia home of Donald Trump's former campaign chairman Paul Manafort, his spokesman confirmed. 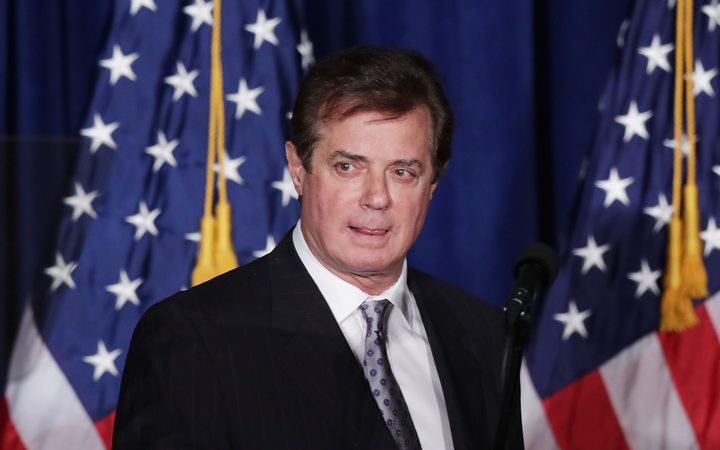 Federal agents are said to have seized files and other material on 26 July, a day after Mr Manafort voluntarily met the Senate Intelligence Committee.

Mr Manafort left the Trump campaign over questions about his foreign ties.

The FBI is leading one of several investigations into alleged Russian meddling in last year's US election.

A day before the raid, Mr Manafort voluntarily met a congressional panel that is also investigating Russia's alleged influence on the 2016 election.

Analysts say the search warrant suggests investigators wanted to be sure Mr Manafort would hand over all records in response to a grand jury subpoena.

Federal agents were said to be searching for tax documents and foreign bank records, US media reported.

President Trump has denied any collusion with Russia and has frequently referred to Mr Mueller's investigation as a "witch-hunt".

Mr Manafort has handed over files to the Senate Judiciary Committee and the Senate and House Intelligence Committees for their respective Russia probes.

That material reportedly includes notes Mr Manafort took during a meeting with Donald Trump Jr, the president's son, and a Russian lawyer at Trump Tower in New York in June 2016.

Emails from Mr Trump Jr show he took the meeting and invited Mr Manafort after being promised damaging material about his father's Democratic opponent, Hillary Clinton.

Mr Mueller is reportedly seeking to determine whether Mr Trump knew of his son's meeting before it happened, or if he was briefed on it afterwards.

In June, Mr Manafort retroactively registered as a foreign agent with the Justice Department in relation to his consulting work for a Russia-backed, Ukrainian political party.

He resigned from the Trump campaign last August after he was accused of accepting millions of dollars in cash for representing Kremlin interests in the Ukraine and the US, including his dealings with an oligarch linked to Russian President Vladimir Putin.

Mr Mueller has reportedly begun using a grand jury, which are used to issue subpoenas to compel people to testify.

US media have also quoted sources close to the inquiry as saying Mr Mueller is investigating whether the president could have obstructed justice when he fired FBI chief James Comey, who was leading the previous investigation into Russian interference.

After Mr Comey's sacking, Mr Mueller was appointed in May by the deputy attorney general of the Department of Justice to continue the inquiry.