US President Donald Trump's eldest son, his son-in-law and his former campaign manager are to testify before Senate committees investigating an alleged Russian meddling in the 2016 election. 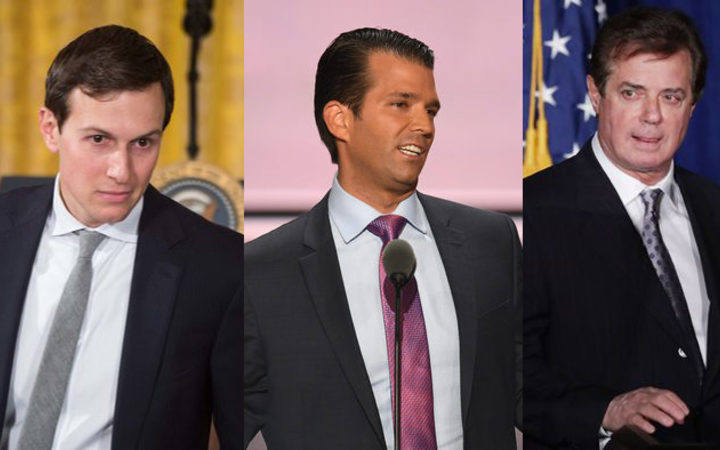 Donald Trump Jr, Jared Kushner and Paul Manafort are accused of having links with Russian officials.

Mr Trump and his allies have denied any collusion.

Meanwhile, Mr Trump said he would not have named Jeff Sessions had he known he would recuse himself from the probe.

"Sessions should have never recused himself, and if he was going to recuse himself, he should have told me before he took the job and I would have picked somebody else," Mr Trump said.

Mr Sessions recused himself from overseeing the Russia investigation in March, after failing to disclose at his confirmation hearing at the Senate that he had met Russia's ambassador to the US.

Mr Sessions has not commented on Mr Trump's latest remarks.

In the same interview, Mr Trump also said that his conversation with Russian President Vladimir Putin at a dinner during the G20 summit in Germany this month lasted for 15 minutes and it was mostly about "pleasantries".

He also said they talked "about adoption", the New York Times reported. Russia banned Americans from adopting Russian orphans as a reaction to US measures against Russian officials accused of human rights violations.

The second meeting between Mr Trump and Mr Putin was only confirmed by the White House after media reports revealed it.

On Wednesday, the Senate Judiciary Committee said that it had called Mr Trump Jr and Mr Manafort to testify at a hearing on 26 July.

Mr Kushner is due to answer questions at the Intelligence Committee on 24 July at a closed door session.

All of them attended a meeting last year with a Russian lawyer who had promised damaging material on Hillary Clinton, Mr Trump's Democratic rival in last year's US election, according to emails released by Mr Trump Jr.

A former Soviet counter-intelligence official, now a lobbyist, was also at the meeting, which took place at Trump Tower in New York on 9 June 2016.

Several congressional panels and federal investigators are looking into claims that Russia interfered in the election in a bid to help Donald Trump.

The meeting in New York is the firmest evidence yet of non-diplomatic interactions between Trump campaign aides and Russian figures.