New Zealand's gift to mark the birth of the Duchess of Sussex's baby boy will be donations to causes benefiting babies and the environment. 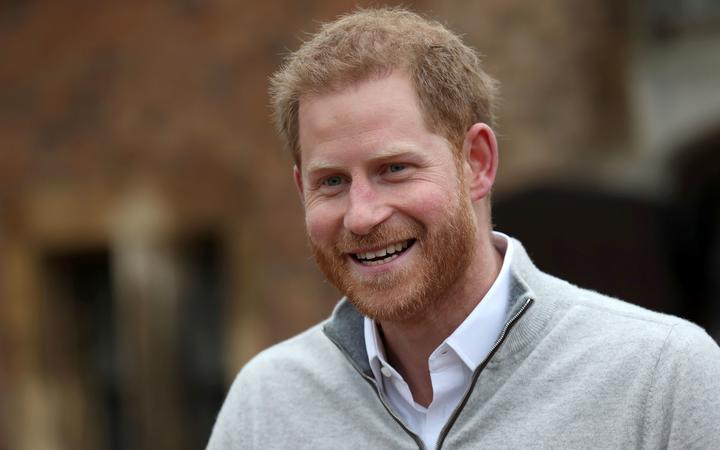 Britain's Prince Harry, Duke of Sussex, speaks to the media at Windsor Castle, following the announcement that his wife, Britain's Meghan, Duchess of Sussex has given birth to a son. Photo: AFP or licensors

Earlier, a beaming Prince Harry said they were "absolutely thrilled" and thanked the public for their support.

He said Meghan and the baby were doing "incredibly well", adding that they were still thinking about names for the infant, who was delivered at 05:26 BST.

NZ Prime Minister Ardern told Morning Report today that $1000 will go to Little Sprouts, an organisation that provides boxes to vulnerable families containing everything a baby needs at birth.

A second donation on behalf of the couple will purchase 10 trees via the Trees that Count programme for tree-planting to mark the arrival of new babies.

"I hope New Zealanders like the gifts that they've purchased," Ms Ardern said

Ms Ardern said the couple were thrilled at New Zealand's present to acknowledge their wedding of a donation to Pillars, which works with children whose parents are in prison.

"That's something they see as a suitable way to acknowledge their milestones".

Members of the royal family are not allowed to accept material gifts, so donations to charity are often made in their name.

Buckingham Palace said the baby weighed 7lbs 3oz (3.2kg), and that the duke was present for the birth.

It added: "The Queen, the Duke of Edinburgh, the Prince of Wales, the Duchess of Cornwall, the Duke and Duchess of Cambridge, Lady Jane Fellowes, Lady Sarah McCorquodale and Earl Spencer have been informed and are delighted with the news.

"The duchess's mother, Doria Ragland, who is overjoyed by the arrival of her first grandchild, is with their Royal Highnesses at Frogmore Cottage."

A framed notice of birth has been placed on display on a ceremonial easel on the forecourt of Buckingham Palace, where it will remain until 20:00 on Monday.

The baby boy is seventh in line to the throne, behind the Prince of Wales, the Duke of Cambridge and his children - Prince George, Princess Charlotte and Prince Louis - and Prince Harry.

He is the Queen's eighth great-grandchild. 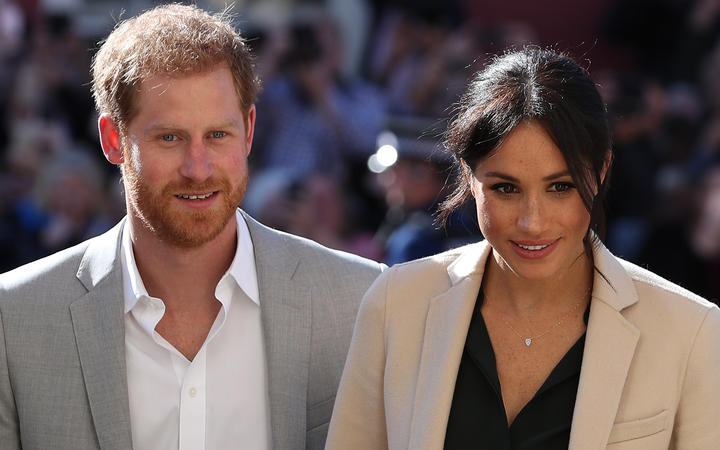 Speaking after the birth, Harry added the child had been "a little overdue" and that he planned to make another announcement in two days' time "so everyone can see the baby".

Asked what it was like to be present for the birth, he laughed and said: "I haven't been at many births. This is definitely my first birth. It was amazing, absolutely incredible, and, as I said, I'm so incredibly proud of my wife.

"As every father and parent will ever say, you know, your baby is absolutely amazing, but this little thing is absolutely to-die-for, so I'm just over the moon."

He added: "It's been the most amazing experience I could ever have possibly imagined.

"How any woman does what they do is beyond comprehension."

The baby is a dual citizen, having automatically acquired US citizenship, via Meghan, at birth.

Speaking to the Sun, Meghan's father, Thomas Markle, congratulated the new parents and spoke of his pride at the birth.

"I am proud that my new grandson is born into the British royal family and I am sure that he will grow up to serve the crown and the people of Britain with grace, dignity, and honour," he said from his home in Mexico.

Charles Spencer - brother of Diana, Princess of Wales and uncle to Harry - tweeted his congratulations.

He wrote: "Really very lovely news today - many, many, congratulations!" 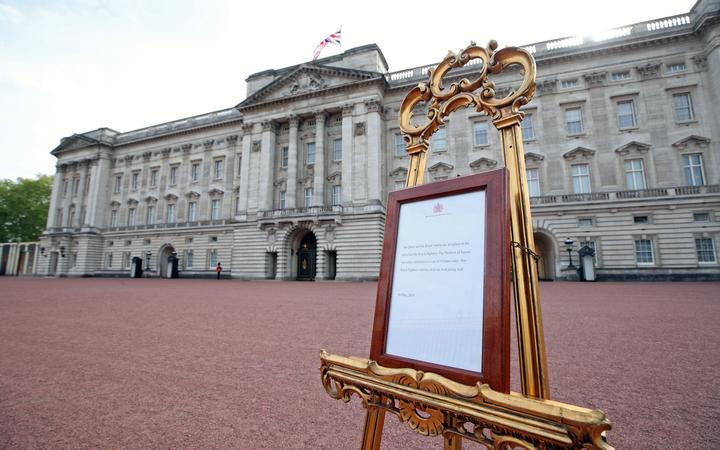 The official notice set up on an easel at the gates of Buckingham Palace announcing the birth of a son to Britain's Prince Harry, Duke of Sussex and Meghan, Duchess of Sussex. Photo: AFP or licensors

Responding to the news, Prime Minister Theresa May tweeted: "Congratulations to the Duke and Duchess of Sussex on the arrival of their baby boy. Wishing you all the best at this happy time."

Labour leader Jeremy Corbyn added: "Congratulations to Meghan and Harry on the birth of their baby. I hope they're all doing well."

And Scotland's First Minister Nicola Sturgeon also offered her congratulations to the couple.

She wrote: "The birth of a baby is a joyful occasion - congratulations to Harry and Meghan."

Archbishop of Canterbury Justin Welby, who married the couple in May last year, said: "May God bless the new family with love, health and happiness."